started out as a 1962 Volvo P1800 street car. It was transformed into a winning vintage race car by Duane Matejka of Pipersville, PA. (Duane also did the most recent rebuilt of Irv Gordon’s 3 million mile ’66 1800S.) Duane campaigned it from 1997 to 2004, winning five consecutive Volvo Historic championships. The car pretty much sat idle for a number of years before I bought it in 2010.

Structural modifications that took place during the transformation include a full race cage, switch to safer 1800ES disc brakes all around, reinforcement of the lower A-arms, shock towers, and motor mounts. The axle is an FIA-approved change.

The B18 motor was replaced with a 0.040 bored and blueprinted B20, with the crankshaft precision balanced. The original F head was ported to establish better flow for double-springed valves. Baffling akin to that provided in R-Sport kits was placed in the oil pan to prevent loss of lubrication under heavy cornering G forces. A Volvo 240 alternator replaced the generator.

Twin Weber DCOE carbs took the place of the SU’s on the street car, connected to R-Sport manifold and ceramic coated header that terminates beneath the passenger side door. Cooling takes place through a German racing radiator fed from an aluminum expansion tank located in the location formerly occupied by the battery. An Accusump tank is mounted between the seats to pre-pressurize the lubrication system, which is connected to an oil cooler located behind the grill. 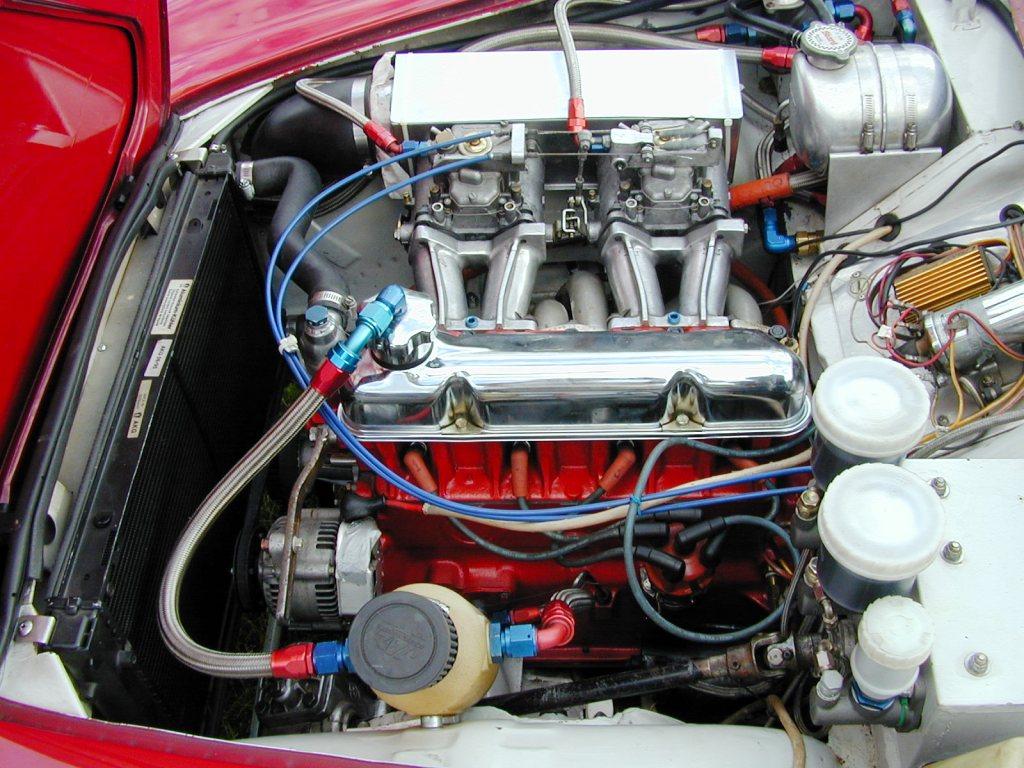 A 12 gallon ATL fuel cell occupies the location of the stock fuel tank, with an electric fuel pump pushing racing fuel through the cockpit-routed fuel line to a pressure reducing valve leading to those thirsty Webers. The battery is secured in the trunk and connected to both a cockpit and externally mounted power shut off.

Instrumentation is 100% Autometer, taking the place of the original Smiths gauges. Most prominent are the oil pressure gauge, supplemented by oil temperature, voltmeter, fuel pressure, and water temperature gauges. EGT (exhaust gas temperature) thermocouples are mounted on the header to monitor the air-fuel ratio. A fire extinguisher is mounted behind the seat to deliver fire suppression if necessary.

The rear windshield came out in favor of a piece of Lexan. Jacking ports were added of the car so it can be lifted from a single jacking point on either side. 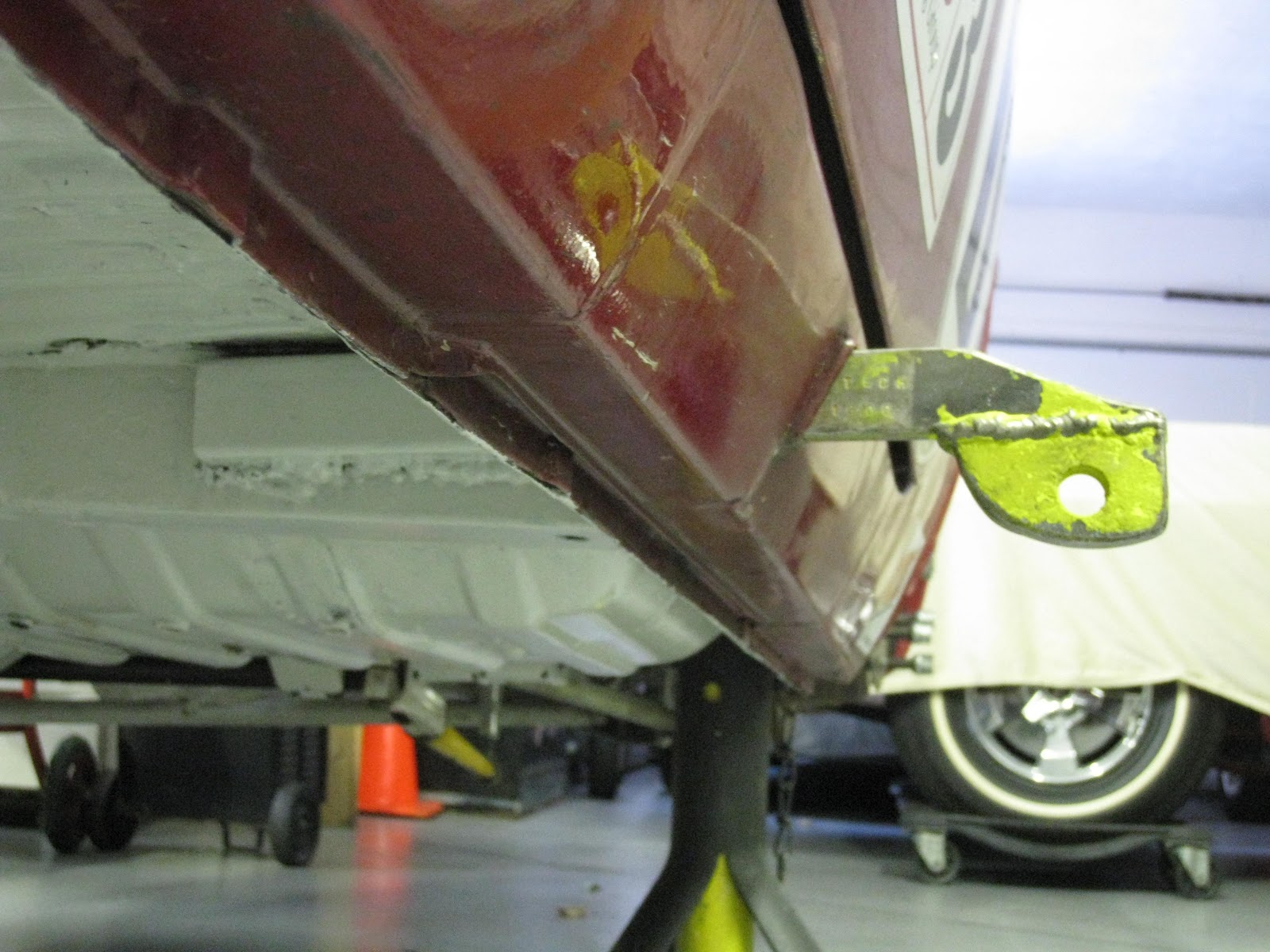 That’s basically how the car was delivered by Duane in 2010. We’ve made a few additions since then. A Sparco racing seat replaced the hard fiberglass model that fits Duane’s slightly smaller body. The 5-point restraint system was out of date and needed to be replaced. We added an oil-pressure idiot light and a data acquisition system from Race Technology and a Contour HD video camera. A fuel pump g-activated fuel pump shut off adds a measure of safety. Finally, we added an air-fuel ratio meter that is fed by a wideband oxygen sensor downstream in the exhaust.