Spring Vintage at Road America is sort of like the opening of the baseball season in the upper Midwest – you never know if the weather is going to be naughty or nice, or if the players are still getting the cobwebs out. So when there are four straight days of May sun in Wisconsin I start getting pessimistic. 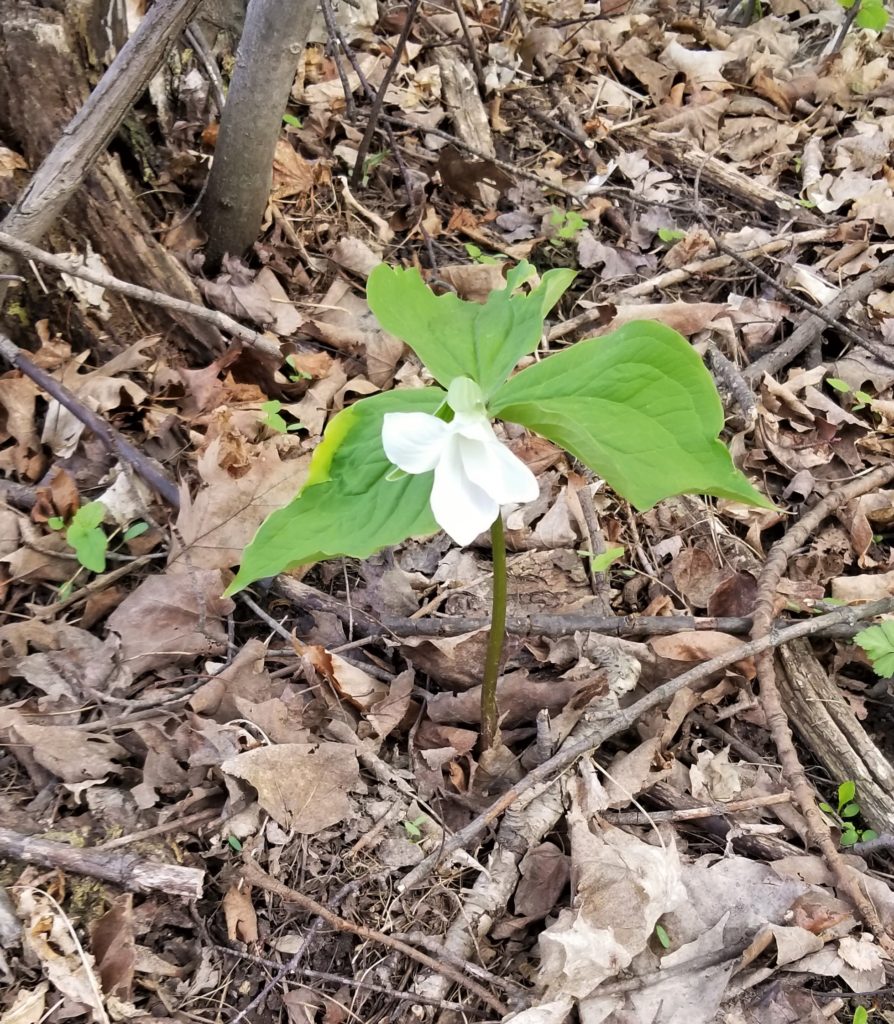 A sure sign of spring at Road America, white trillium in woods near Turn 5.

The weather gods must have had a good winter because they provided rain at night but a dry track and cool [fast] air during run times for SVRA’s Spring Vintage 2018.

The whole P and B Motorsports Crew came from their winter abodes to be part of the opener. The Perrys got back from Arizona just in time for me to do some minor prep work on 1 Red, Buettners followed a few days later from Florida, and newly retired and relocated Farringtons drove west from their new home near Scranton. Pennsylvania. 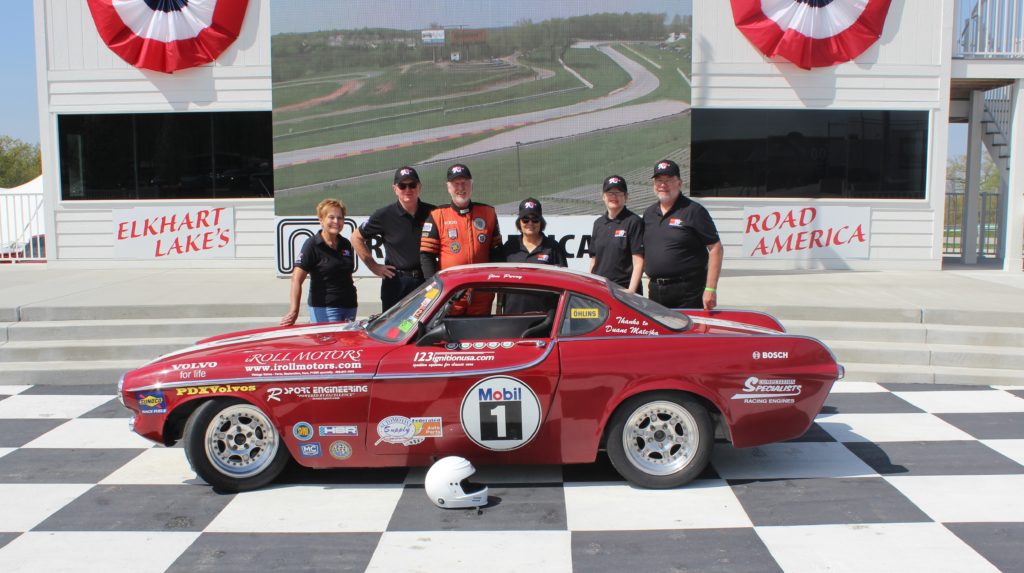 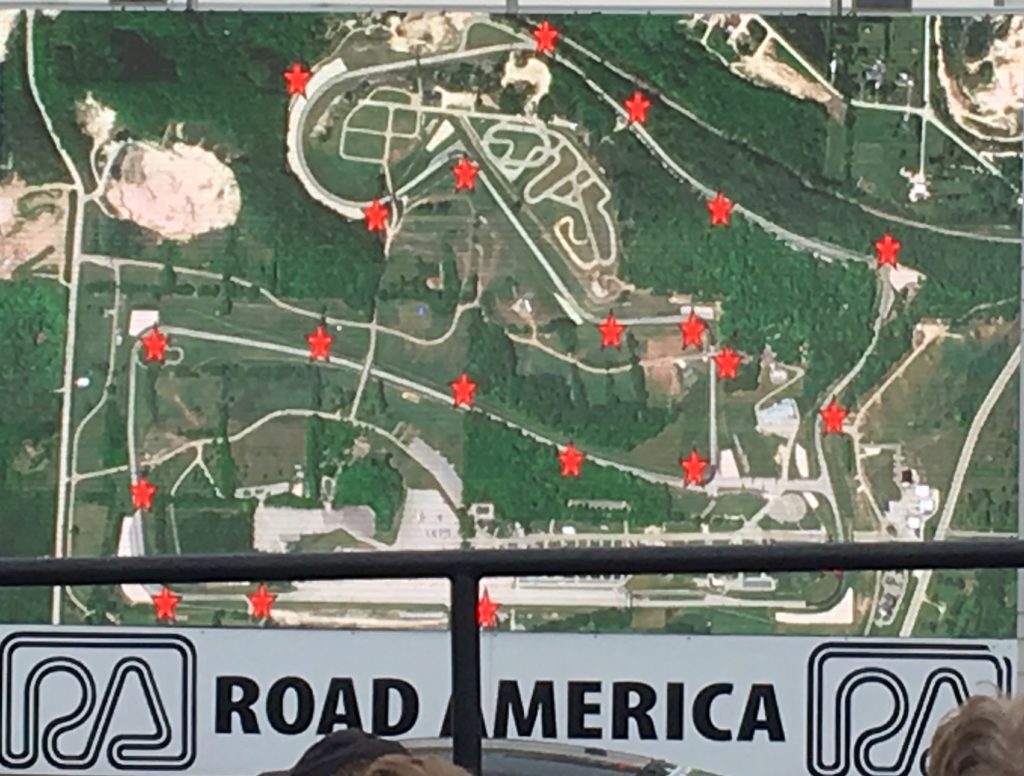 1 Red liked the weather and did well. During Friday’s Practice our lap times were surprisingly fast given that I was not pushing it. To comply with SVRA’s Group 3 requirements I had re-routed my air intake, and that seemed to work out well.

It was fun to see our old friends again and get back on the track. In the end, we made only four of the five sessions because after winning our class on Saturday afternoon, we decided the head gasket had finally said ‘see ya later’ and pulled the head only to find that the spare Cometic gasket we had with us had the wrong bore size and interfered with piston travel. Fortunately, we discovered this by carefully hand-cranking the motor, and not using the starter! When the crankshaft stops turning, there has to be a reason.

Dave B pondering an overheating issue

The racing was good, with only a few sweat-on-the- butt moments. The video shows some of the more interesting things. Race Engineer Farrington got the integration to work well!

This is a match-up I just cannot win. This Porsche 356 is driven by 85 YO George Balbach Sr. 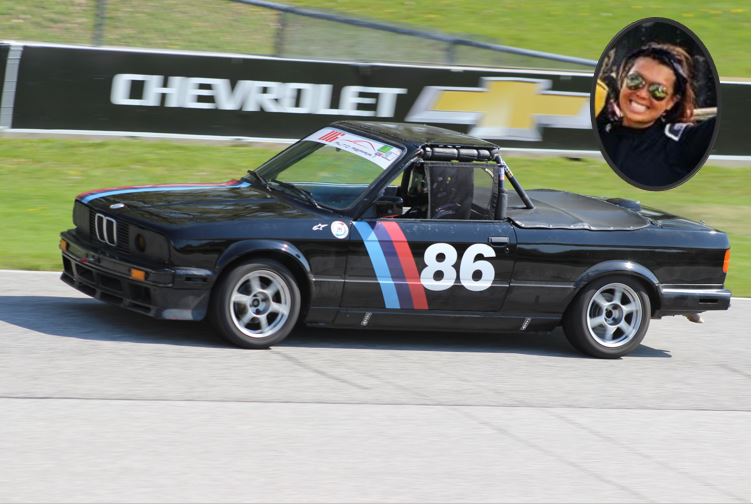 Great to see Jessica Johnk in her BMW convertible. This car is confused with all sorts of things. (David Farrington trackside photo) 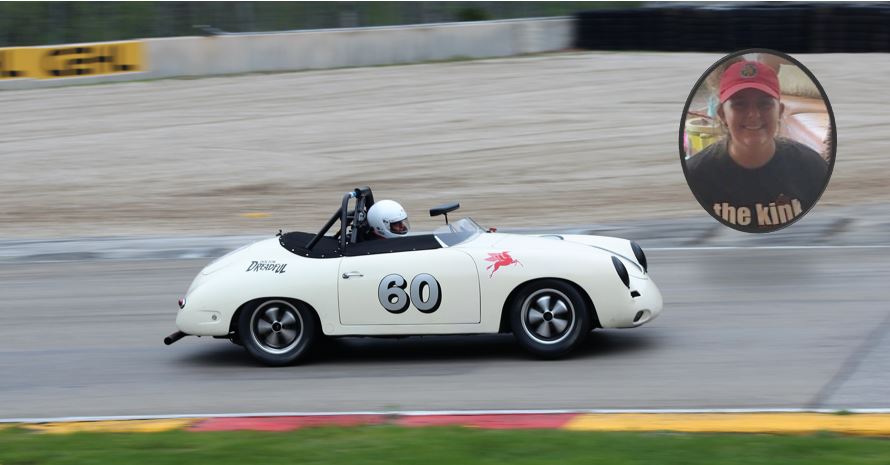 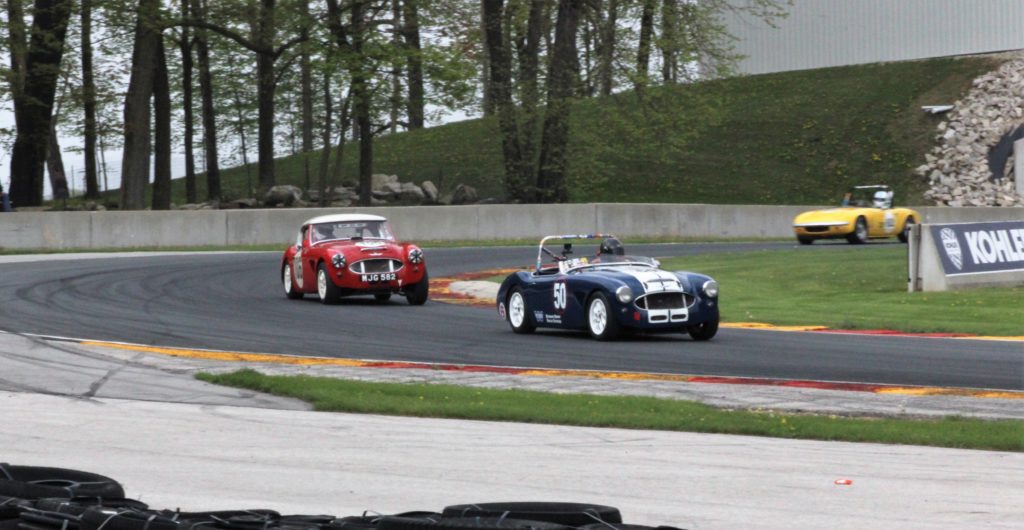 But for “Dr. BMW Dave Buettner” there was an interesting story of a Group 10 M6. Seems Andrew Meudt was looking for an inexpensive car to run in the vintage circuits and a car was located in pretty tough condition in a Florida storage building. Purchase price — $8K. When Meudt started putting the car together all of the ‘should fit’ parts just did not. Corporate BMW got involved and Muedt learned that he had a major find – It was a former Group 2 BMW factory racer.    The 4 liter S38 engine is believed to be only survivor. Normal S38s are 3.4 or 3.6 liter variety.  The 4 liter version was never used in a production car and uses a fully machined billet crankshaft, making it a very special item. The brakes were also special items not seen on production cars, called Nurburgjng brakes, developed for use on this car.  Reportedly this M6 is being sought by auction houses seeking to make a commission, as the estimated value of this now restored car is …well, let’s just say Muedt made one hell of an investment! 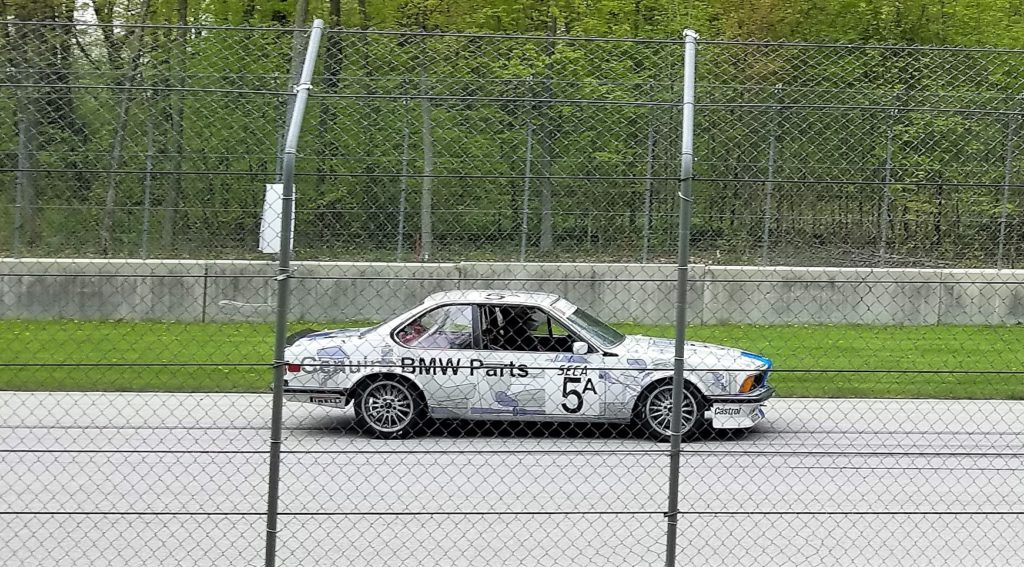 Gathering of the team at the Buettner motor home after the day’s racing was done.

Now on to Ohio for SVRA’s Vintage Grand Prix of Mid-Ohio and the Volvo Nationals!