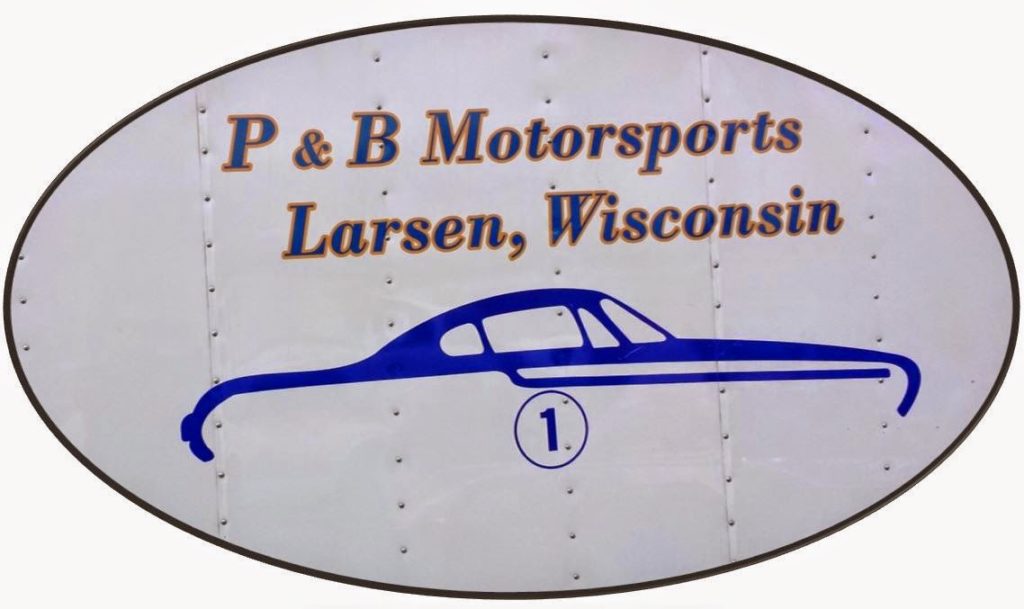 It was a balmy 44F on Friday as we took to the track for our first practice Road America practice lap of 2014. Where’s my “warm shirt?!” Ah, well, it was not raining, or snowing as it was just south of the Illinois border. (Seriously!) 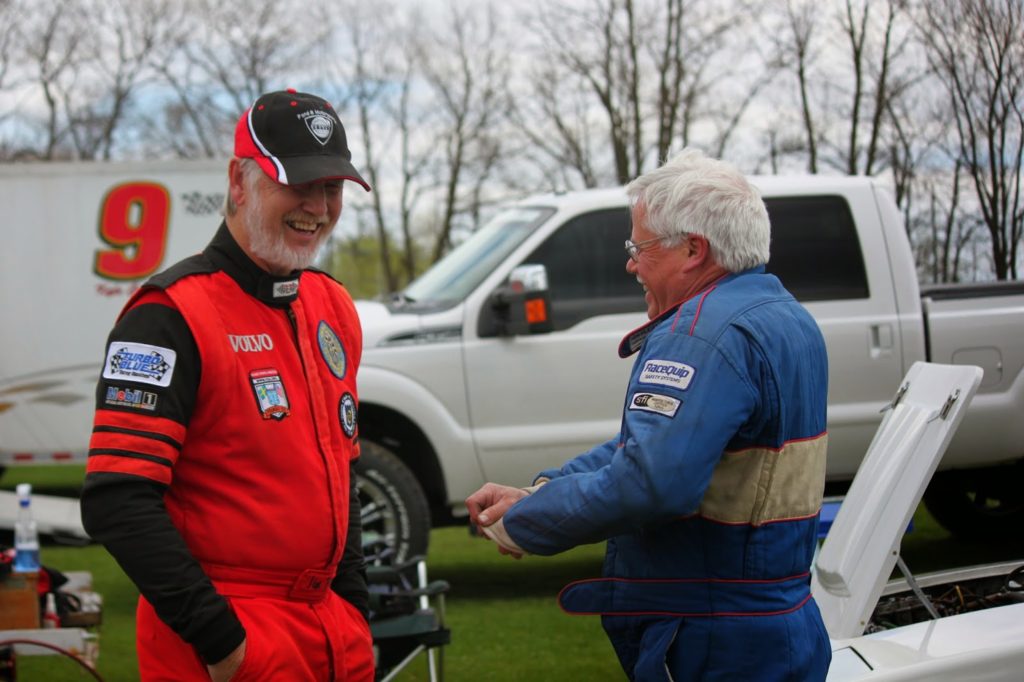 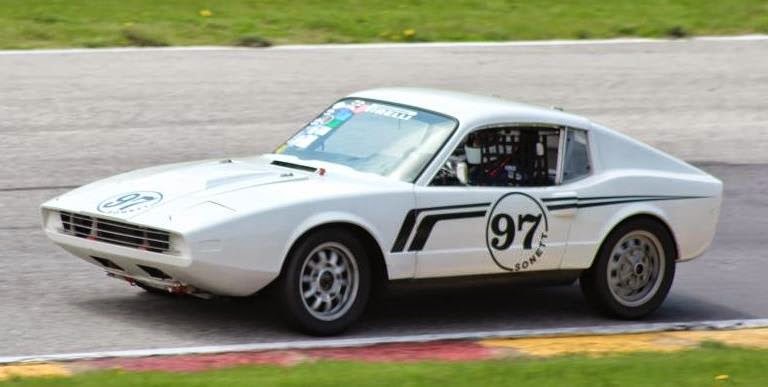 The Swedish contingent was limited to us and Mark School, my friend from the Wisconsin Fox Cities, with his gleeeming white Saab Sonnet. (Top, Phil  Koller photo, below, David Farrington photo)

Last year my Road America goal was to break the 2:50 lap mark. My best time came at the Elkhart Lake Fall Festival with a 2:50.226. I had come close but, as they say that only works in horseshoes and hand grenades.

2014 is beginning in a promising fashion. Here are my session best lap times:

We finished second in class in both Race 1 and Race 2. Not too shabby. 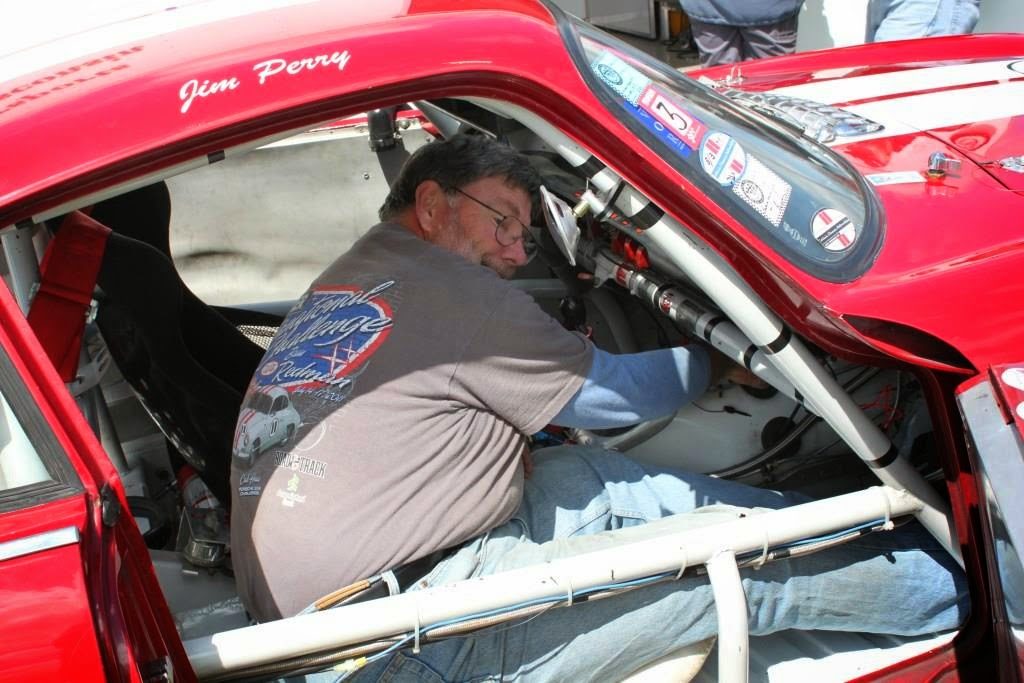 Without question the best race of the weekend was the Sunday “Race 2.” On the pace lap a front-running Corvette dropped out at Turn 5 leaving a shaken tarting position. I should have been able to move to the inside for the green flag but due to some confusion on the part of others a slower MG managed to pull into that spot. As we entered Turn 1 I was caught behind it. I had to wait until the back straight going into 5 before I was able to get around the MG and by that time the front runners had quite a run on us.

But in the end the real race came down to a real duel between me and a Datsun. We went back and forth several times, until I decided to fall back and bide my time. I could out-power him on the straight. My plan was to wait until the last lap and then do a race to the finish line. Unfortunately, the Bridge Flagman never gave a “1 lap remaining” indication and the next thing I knew the checkered flag was out with the Datsun in front.

Frankly, I saw some uncharacteristically shoddy corner work while watching other races, including when a Sports 2000 racer brushed the wall in Turn 12. The driver pulled back onto the track and the flagman just stood with his hands in his pockets without waving the yellow flag while a Mercury Cougar came flying into the corner. 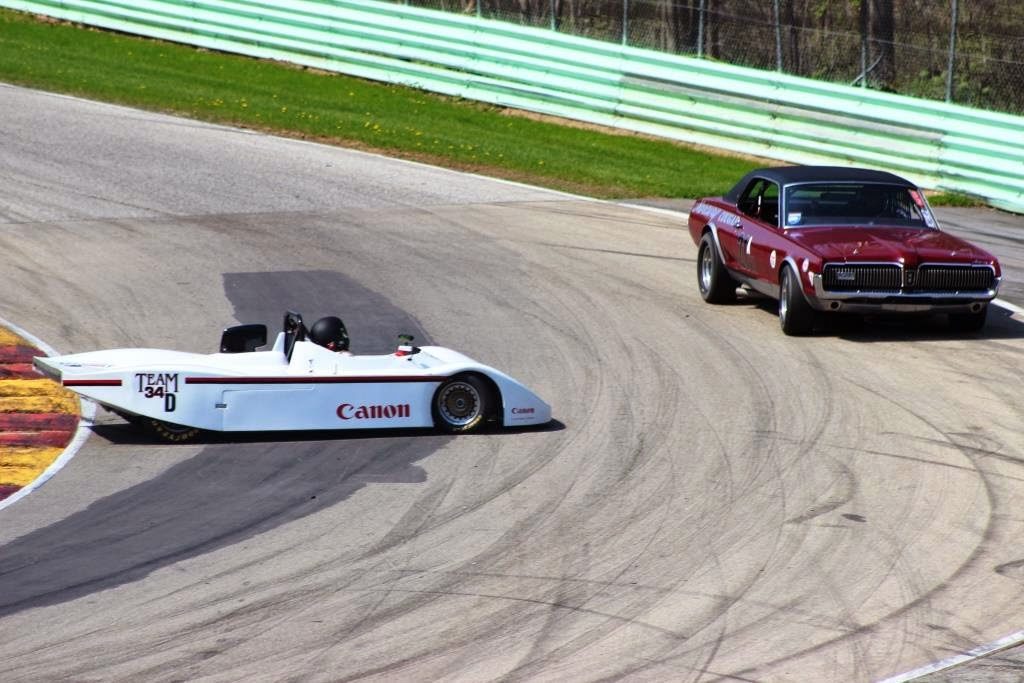 The one major disappointment of the weekend was the failure of both of our in-car video cameras. A message to Contour’s new CEO has resulted in some significant attention from their technical support people. They are working hard to solve this problem, for which I am grateful.

Jan Evfverlund has an incredible smartphone that he used to record a little of the action. Click on the arrow in the picture below for a little Turn 5 action.

John Johnk is also sending some video from his in-car camera. I’ll post that when we get it. Always nice (and instructive) to see one’s own driving from another perspective.

It was also quite a show event at Road America as the Shelby and Cobra owners were out in force in the lower paddock. Nothing like a 50 year celebration to bring out some really really nice cars. I knew it was a special weekend as we rolled in on Thursday next to a Cobra inside a glass-sided hauler. (Sort of reminded me of the Harley guy who was stuffed, mounted on his beloved Harley and buried in a glass sided coffin …)

Here’s the rest of the report in pictures.

Shelby and Cobra owners were out in force celebrating anniversaries. (Jan Efverlund photo) 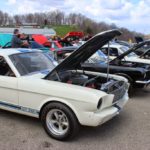 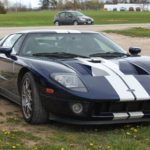 The first and second ever produced Mustang Shelbys were there, as were several nice GT40’s (P and B Race Coordinator’s Dream Car, which will always remain just that I fear) 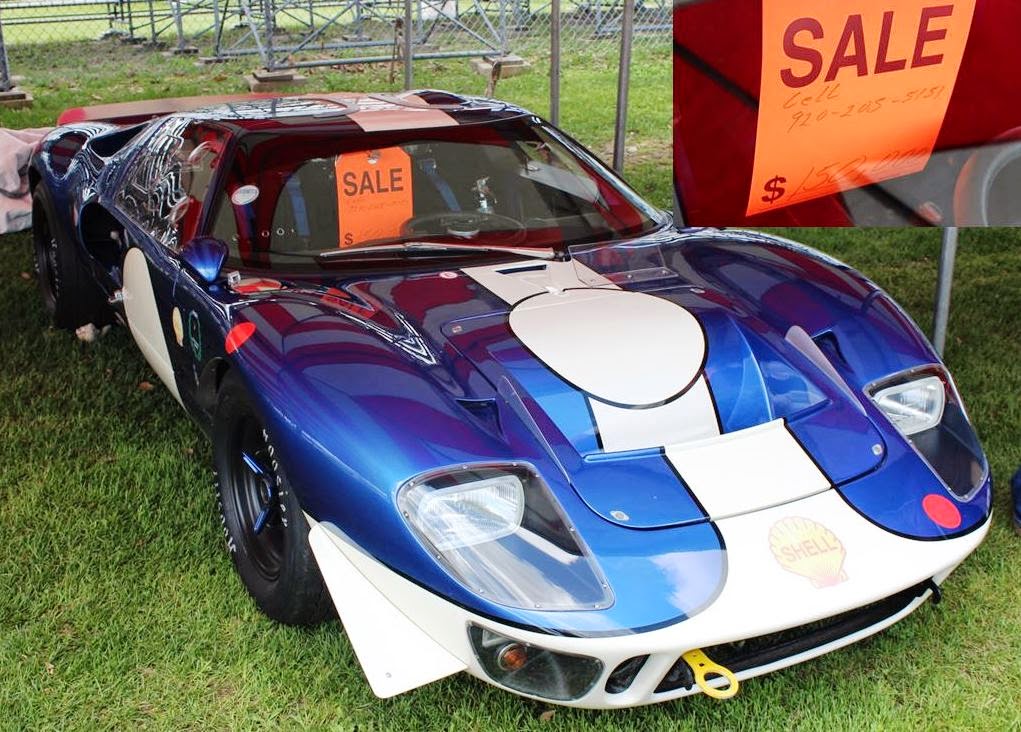 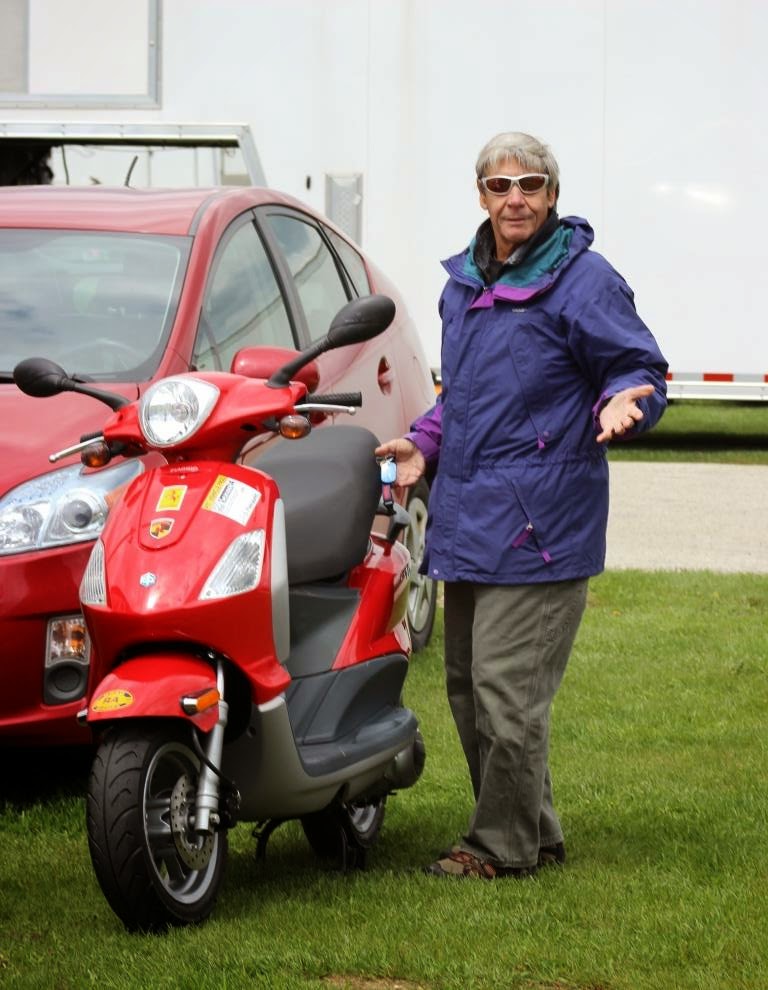 P and B Motorsports Photographer Phil Koller says “What else do you want??? (David Farrington photo) 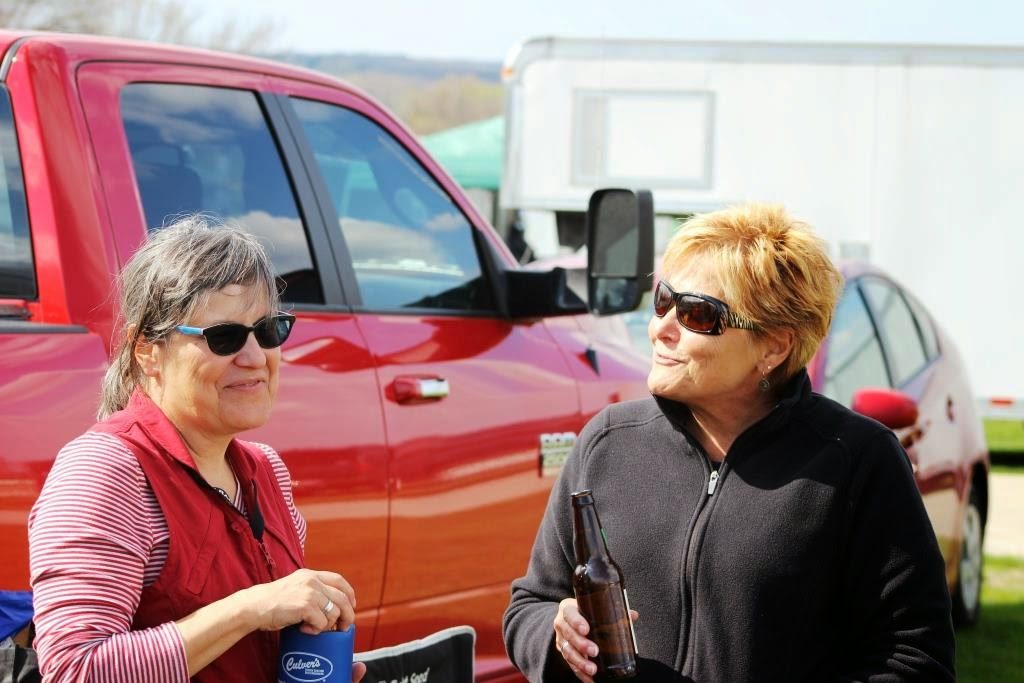 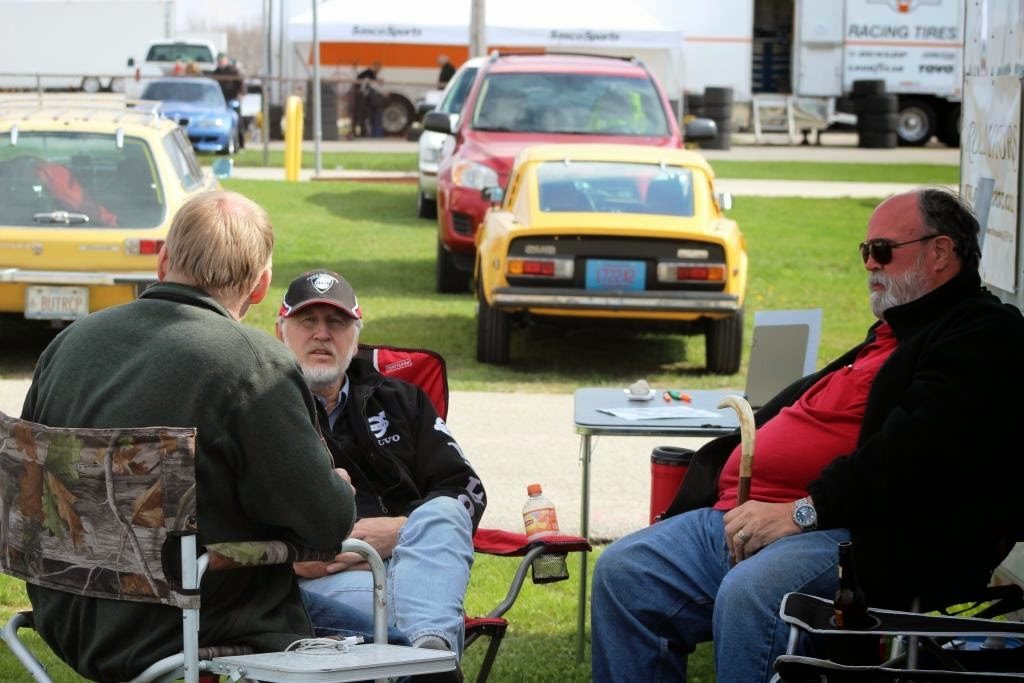 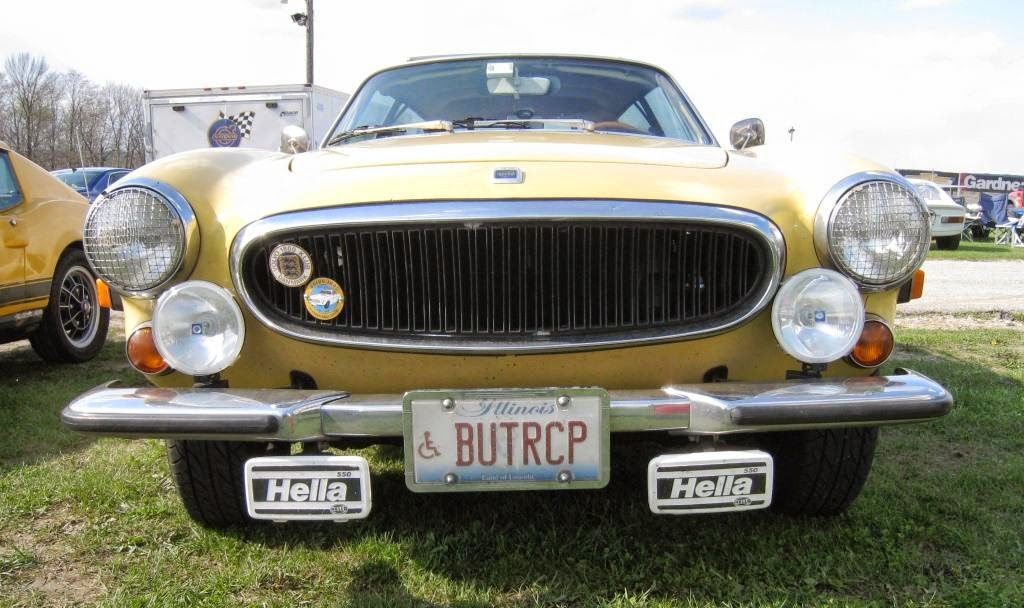 Jan Efverlund came over from Sweden, and Chris Clemmer came up from Chicago in “Buttercup,” Chris’s ’72 1800ES 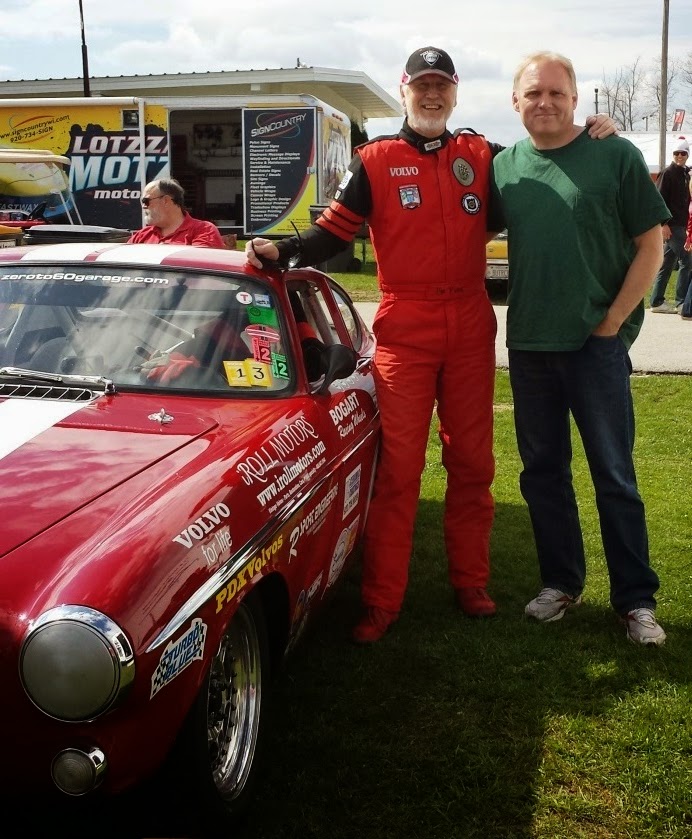 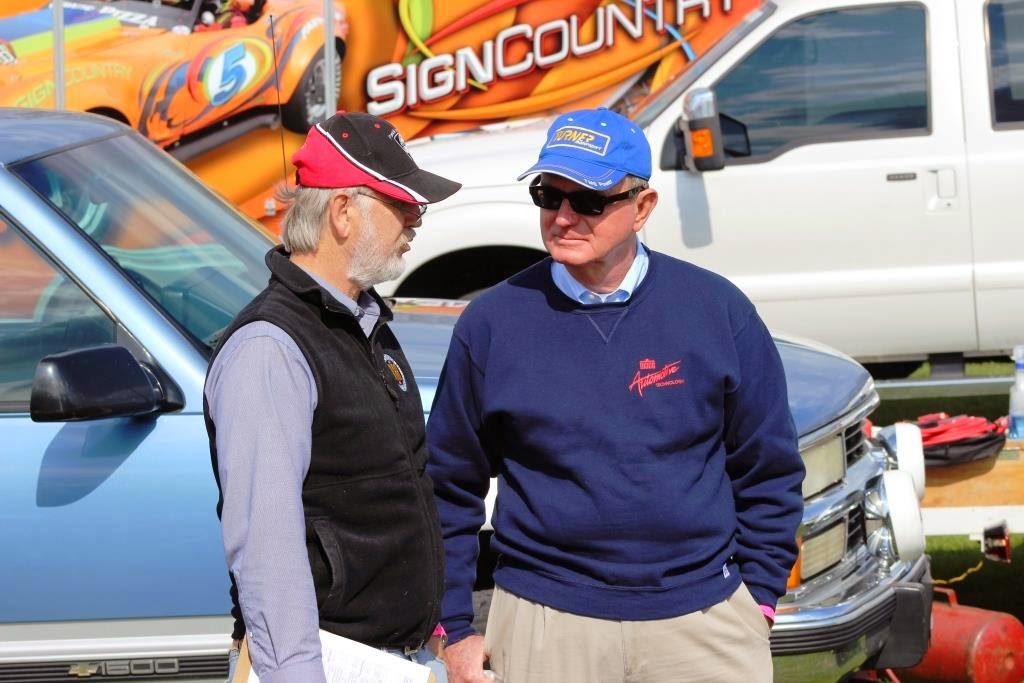 Crew Chief Dave Buettner finally came back to reality (from Florida). So he needed to check things out. (David Farrington photos) 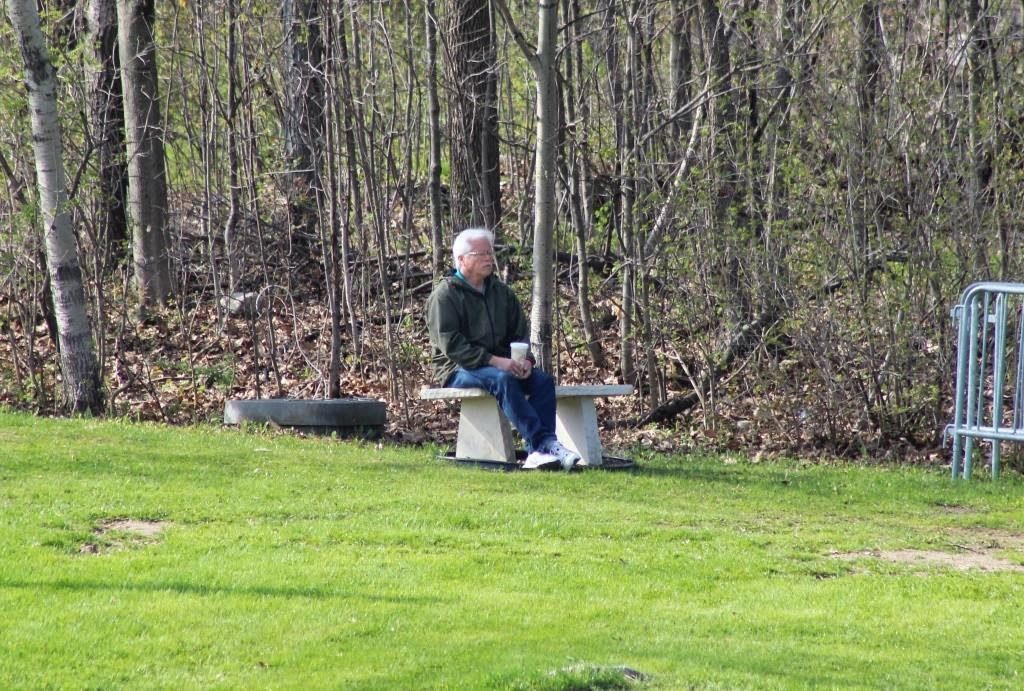 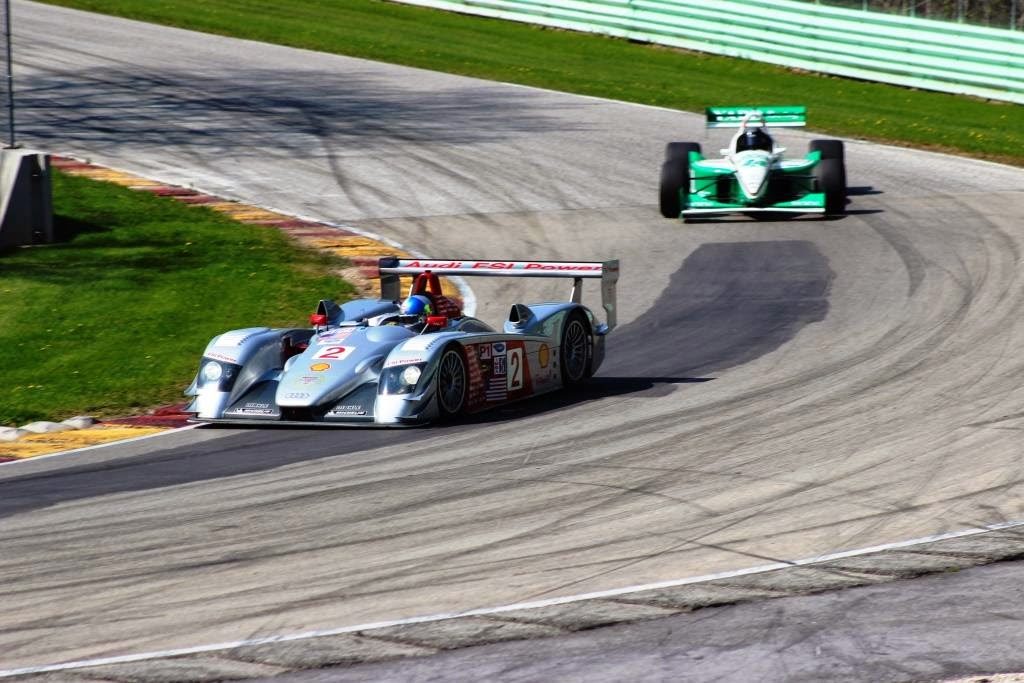 This Audi RS8, a 2005 LeMans winner, and the Indy car had quite a race in the two-hour Sunday enduro. Guess which car previaled. 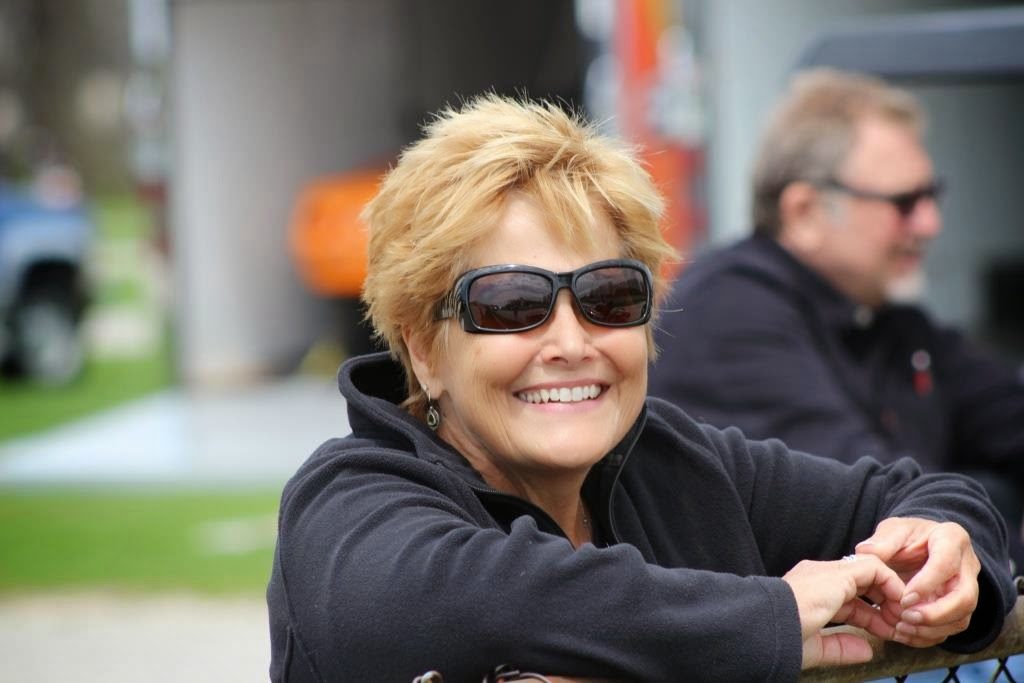 Pam Buettner always makes the paddock a brighter place just with her smile. That’s Ex-1800 racer Dale Schmidt in the background. (One gets a little out of focus when you switch from Volvo to MG. David Farrington photo) 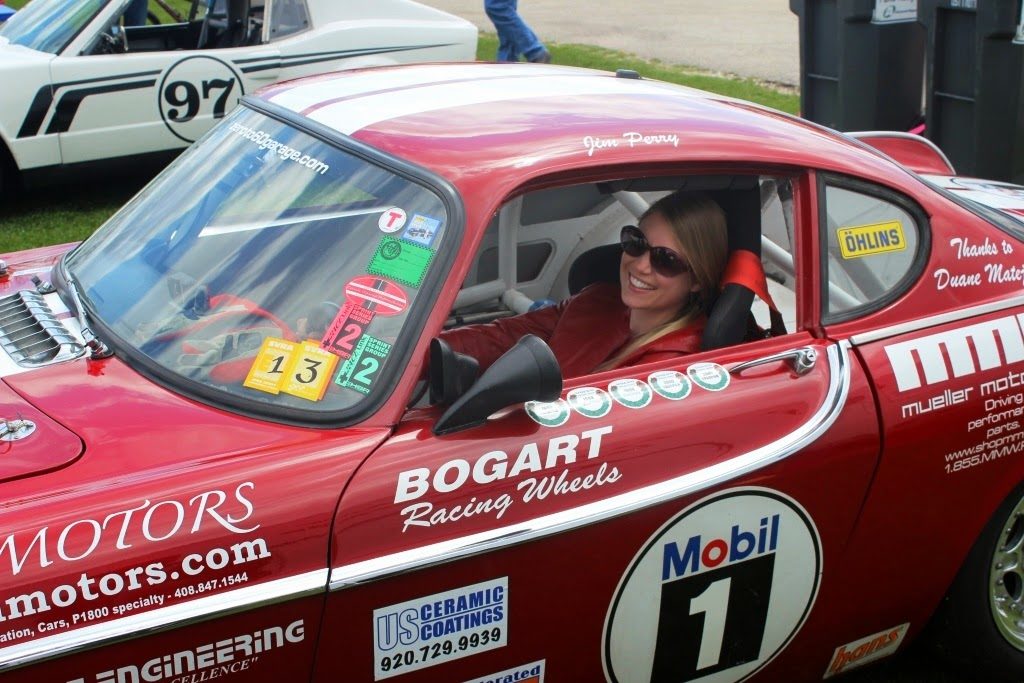 Is that Danica Patrick??? Guess not, but this young woman made the car a bit more photogenic, and as usual Farrington got her to climb into the car. (David Farrington photo) 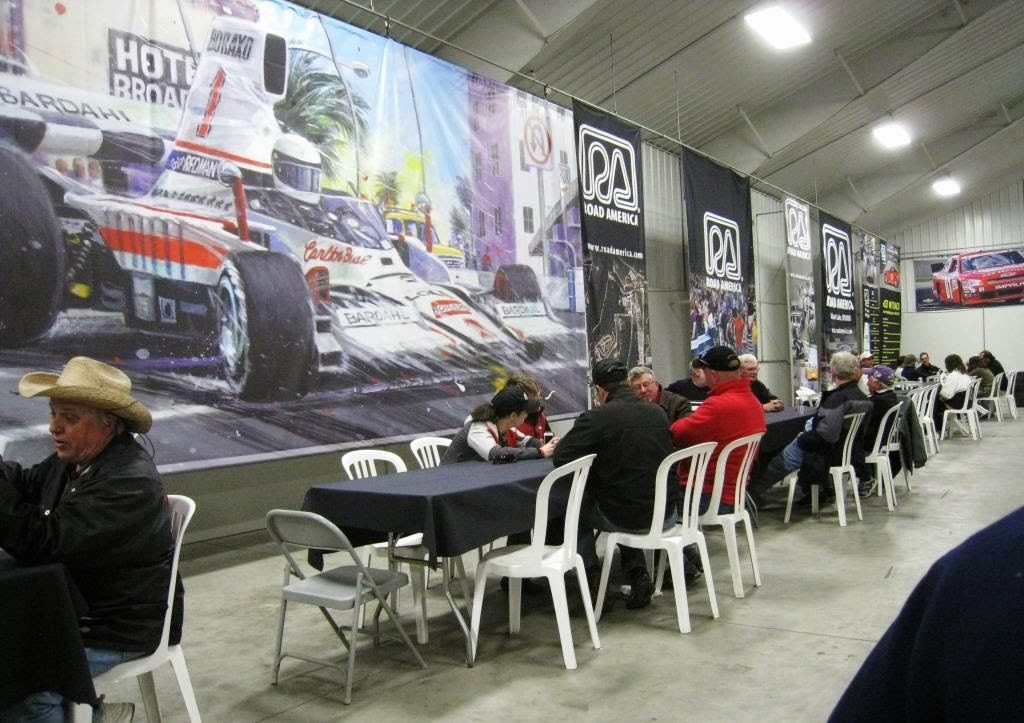 The Road America Center was the site of Saturday’s catered gala. Wonderful racing art adorns the building. Now only if they could do someting about the acoustics during drivers’ meetings for my misfiring ears. 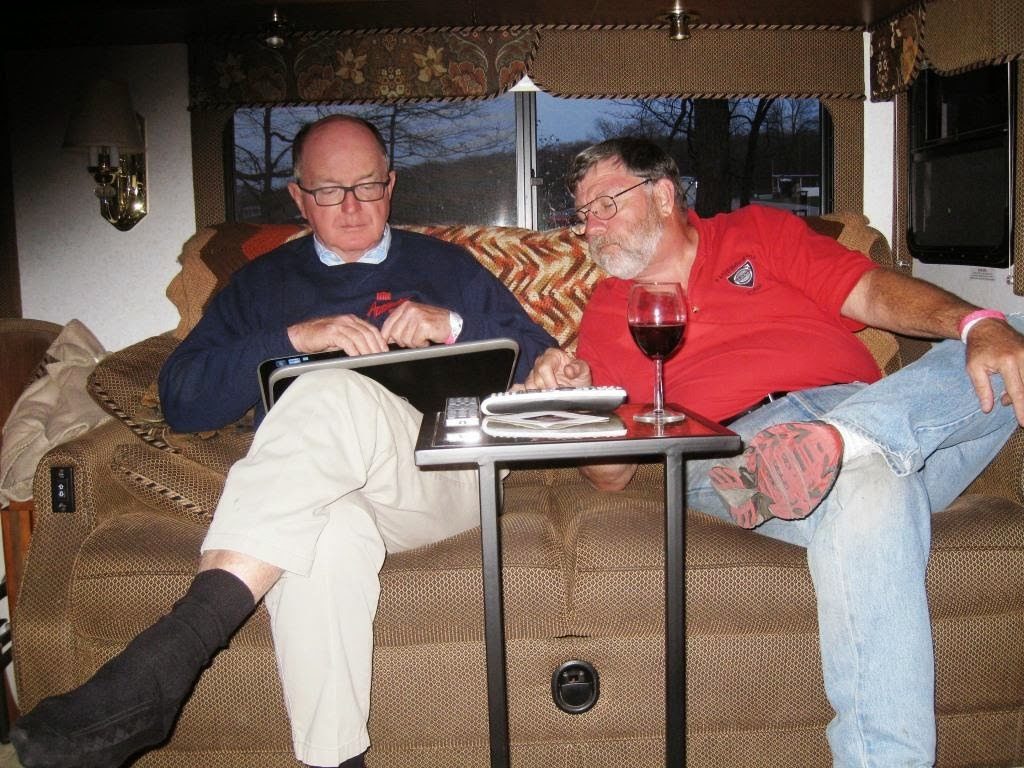 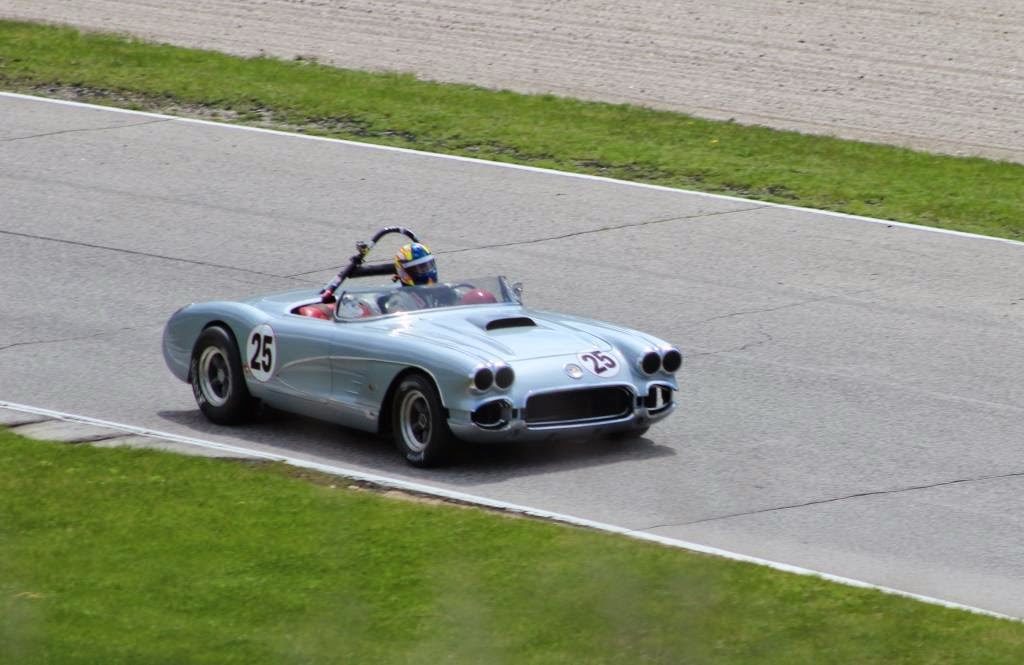 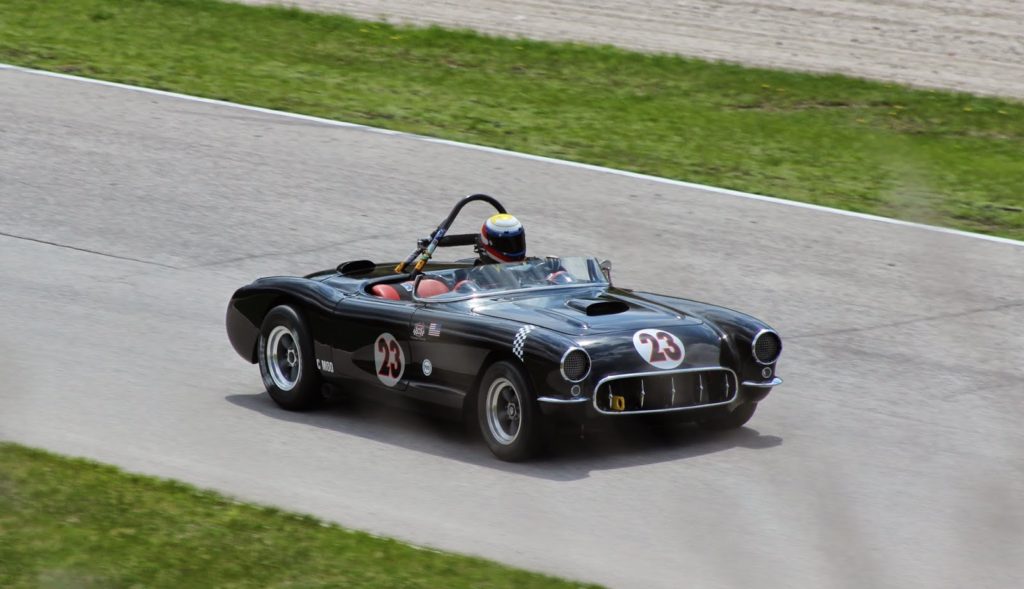 These two Group 4 V8 powered Corvettes ran in the same session as we did. I was within sight of their rear bumpers … for about 1/2 lap. (David Farrington photos) 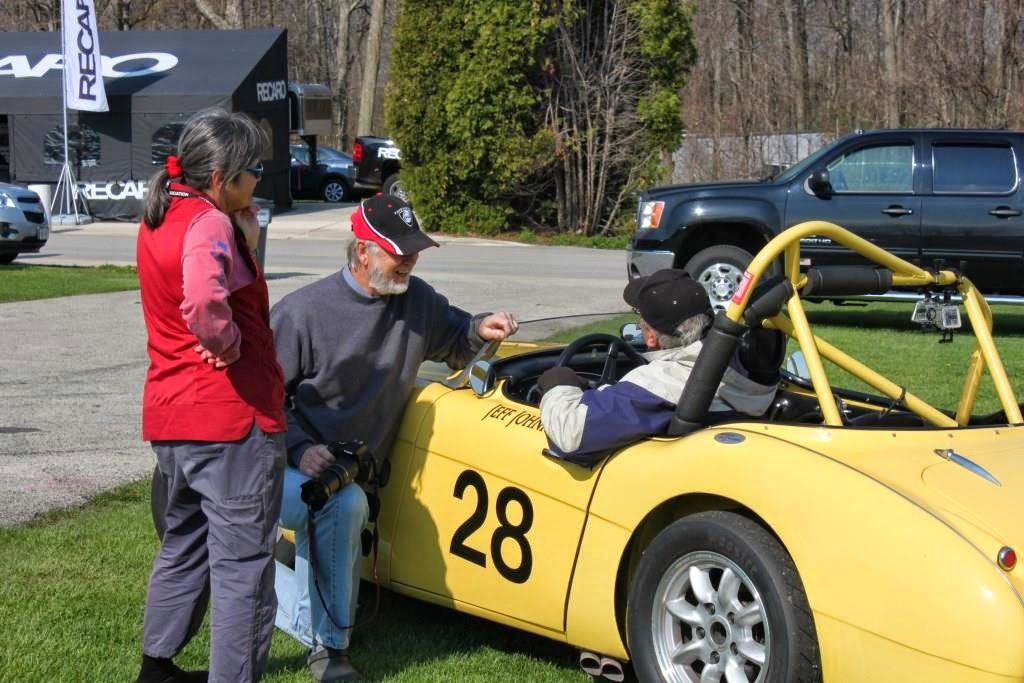 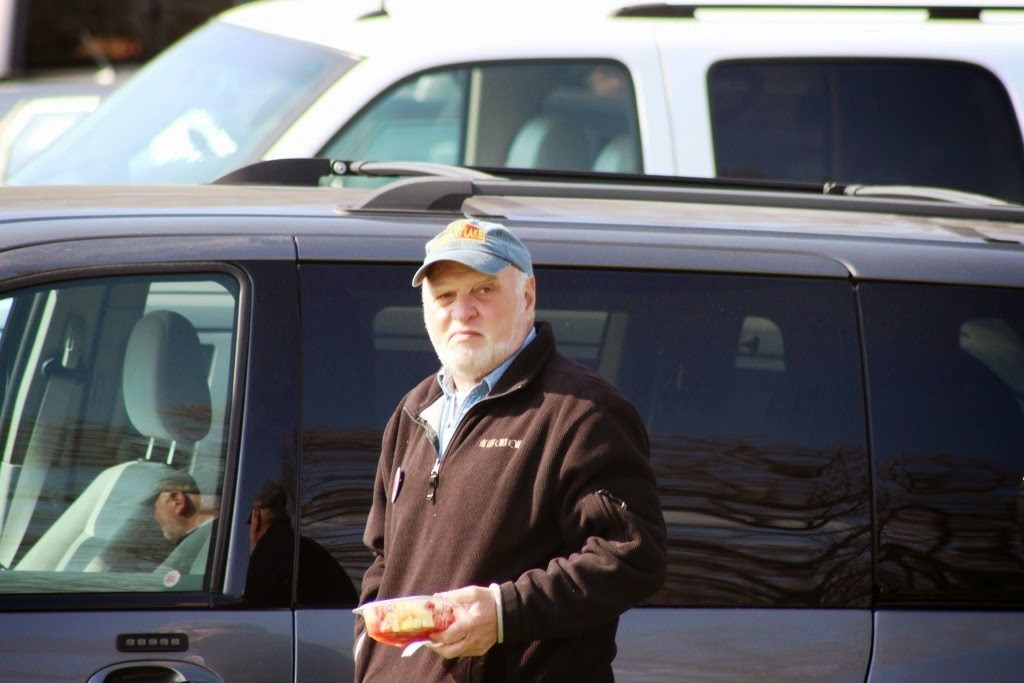 B.S. Levy was caught in a candid moment looking for new material for his next Vintage Motorsports article, or maybe his next book. 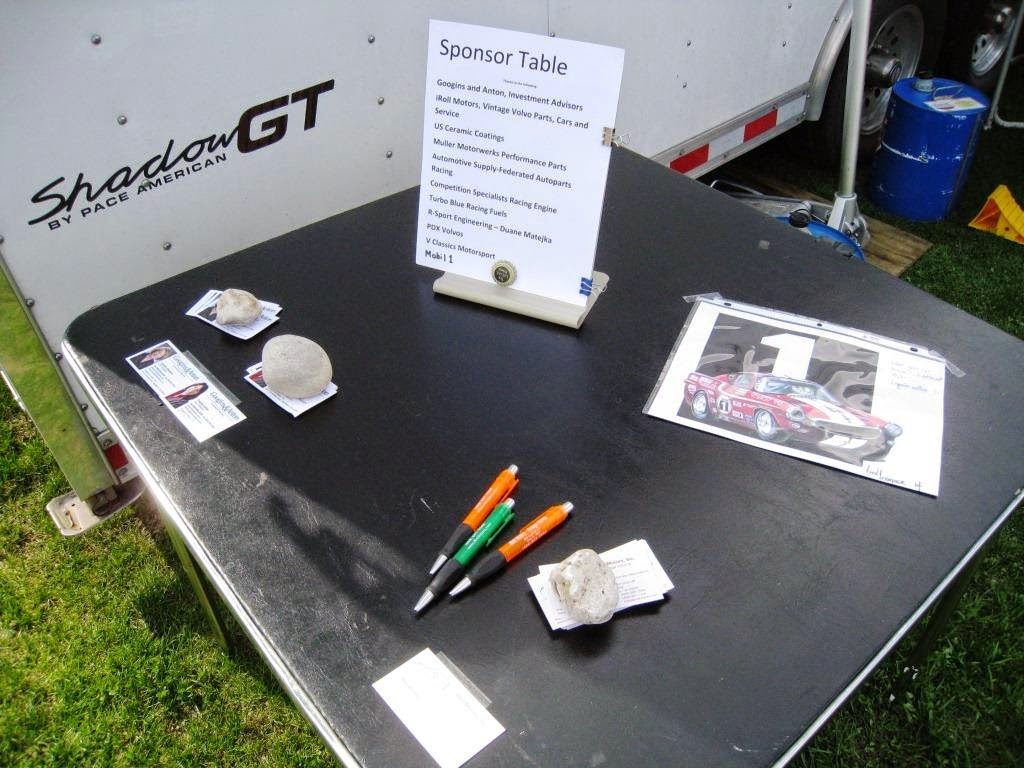 These are the folks who help us spend a lot of time at the track. 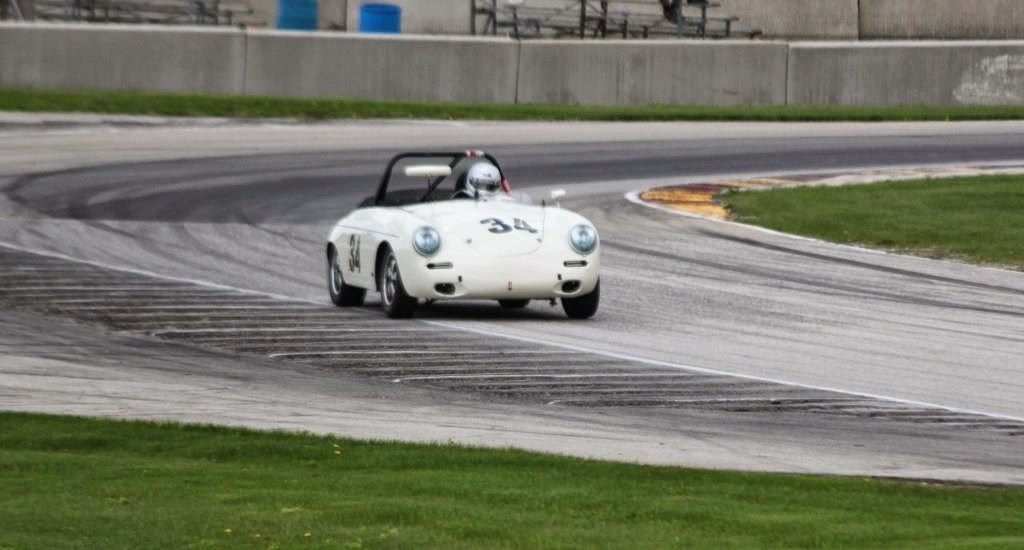 George Balbach the elder (above) and son George Balbach (below). George the senior celebrated his 80th birthday at Mid Ohio last summer. They ran up front in my class. 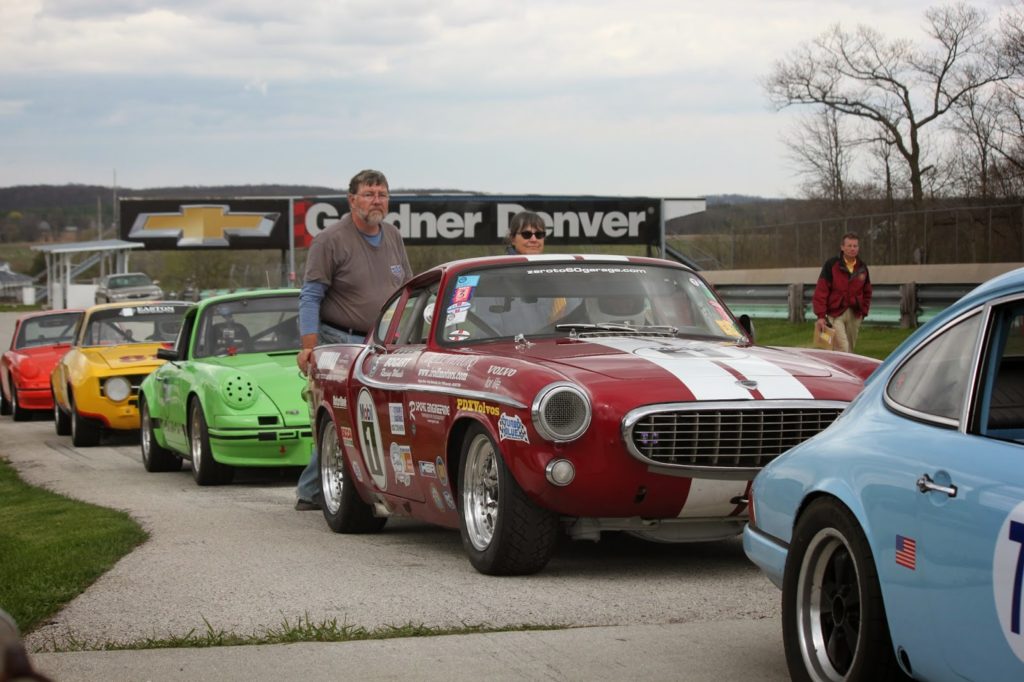