The Mitty: No. 1 did not go but our Race Engineer did.

Race Engineer David Farrington pulled into Michigan’s GingerMan Raceway on May 1, stepped out of his climate controlled Jetta, and immediately muttered, “What the heck is this???”

Our 1800 buddy Ray Freiwald was there as an instructor for Spring Brake, saw the Farrington shudder and said “Get dressed!”  Our RE, who is a ‘sutherner’ now living in Tennessee, had left 80+ degree weather, quite comfortable in a tee shirt, but was greeted with northern temperatures in  the mid 50s; the nice stiff breeze off Lake Michigan put the wind chill in the low 40s. Fortunately he had brought along sweats, jackets and even a parka he hadn’t used in two years. Oh, and a delightful little ceramic heater for the trailer.

But the weekend prior, Dave had taken his 1800ES and spouse Sue (P and B’s Dog Wrangler) on a nice little warm and sunny day drive. Destination: Road Atlanta & The Mitty. They walked all over and finally found our paddock friends from last fall, Bonne and Jonathan Foulds.

And he got to try out his new Canon camera and its 75-300 mm lens that he is trying to convince Sue was really purchased in case grandchildren are in the future. (I hear she’s having none of it and trying to blame me.) 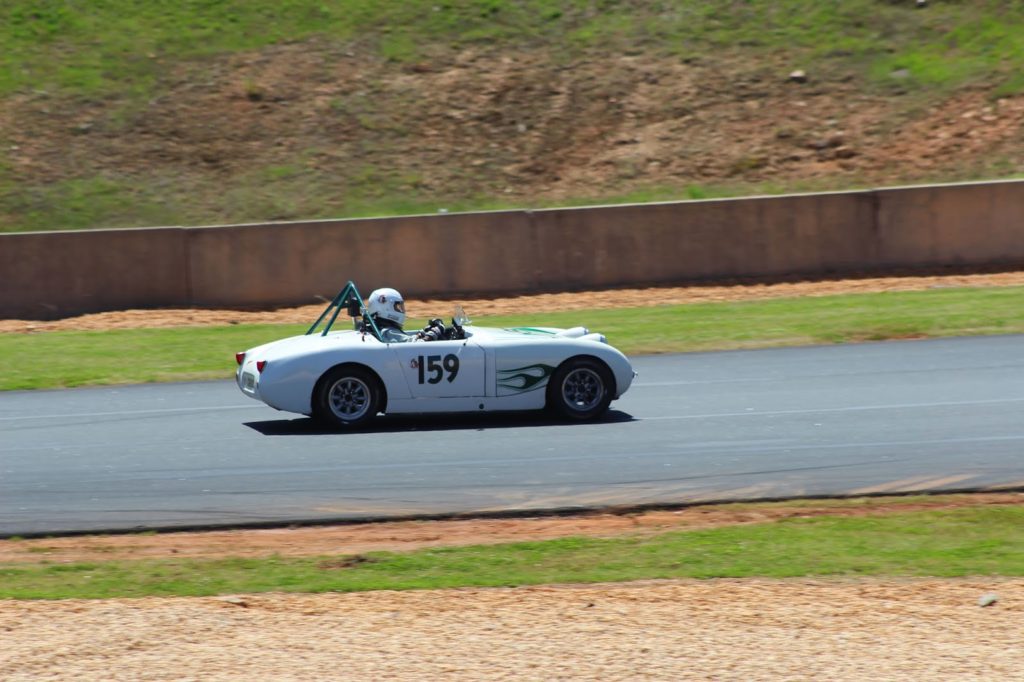 He also greeted Jim Mathews, who had shared our podium with his second place in the rain-soaked race in Atlanta last fall. I’ll never forget the first words out of his mouth: “My car has often been called a “bath tub” and today I know why.” We’re hoping to see Jim at the HSA event at Mid-Ohio this fall. His Porsche roadster is one of the few that looks precisely as a gentleman racer would have been driving his car to the races & racing in the ’60s. 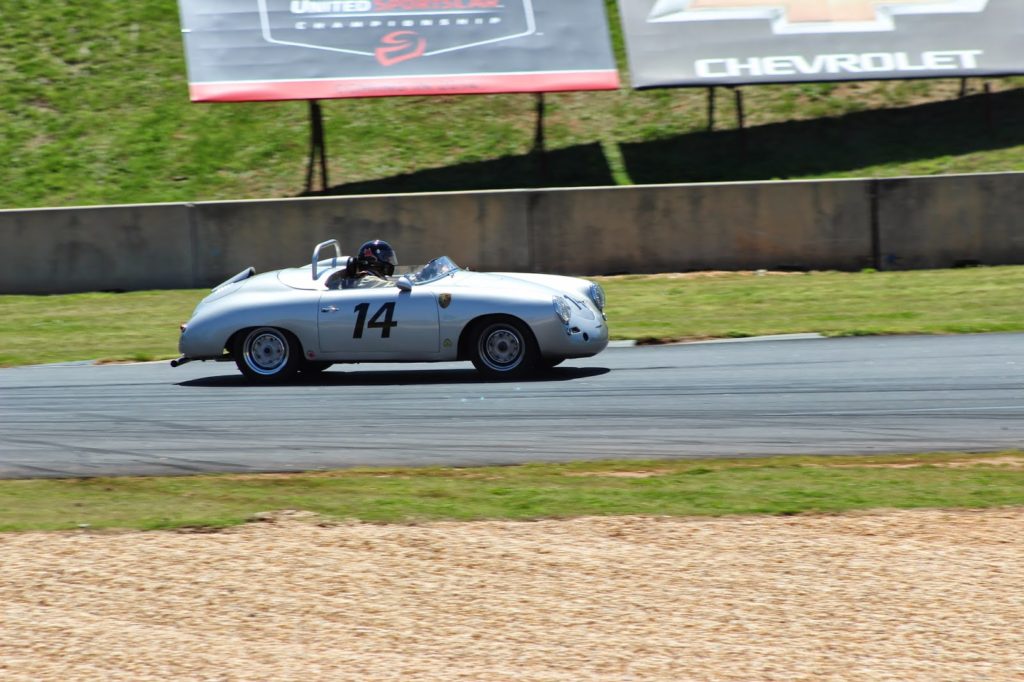 “Finally, it was a joy to see a quite special and fast Morgan racing. And I would be remiss to not mention that there were at *lot* of Morgans there, as the Morgan club had put in quite an appearance. But Stacey Schepens’ Mog was specifically mentioned by the track announcer as something pretty breaking up the ‘parade of Porsches’  in the lead cars of the Group 2 race.” 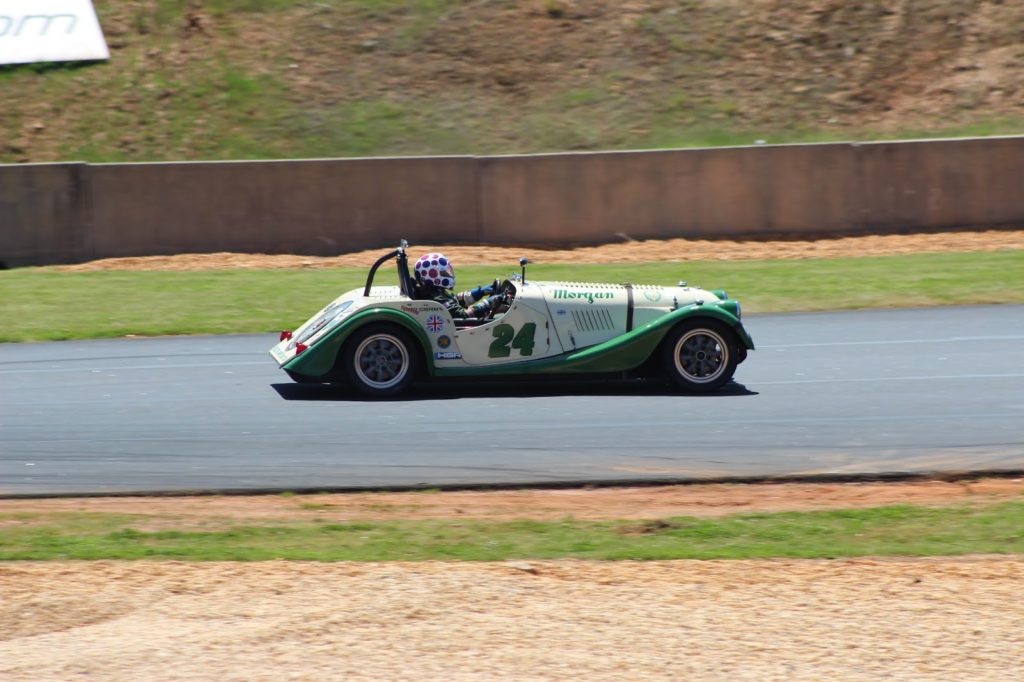 Maybe next year we will hope to start the season at the Mitty again. Might be time to start working on the Race Coordinator …