It’s been a awhile since our last update, but rest assured we have not only been sitting around eating bonbons and reading the newspaper. Lots has happened since the last post, all good. So consider this my Spring Letter to you all.

The Elkhart Lake Vintage Festival took place in mid-September. 1 Red ran as flawlessly as it had all season. I started 15th and ended up 8th overall, but only 3rd in class behind Bob Wagner and Scott Fohrman.

We had the 6th Annual P and B Motorsports Garage Party in early October. It was a perfect day with a record turnout of cars, including a lot of Volvos, a lot of BMWs, and some pretty fancy other stuff too. 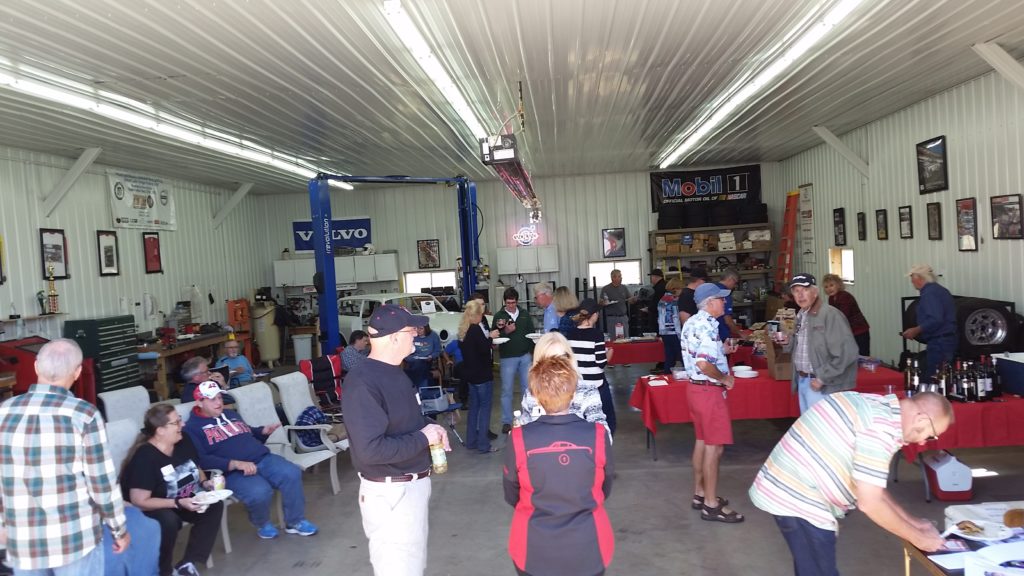 An opportunity to clean up the shop! Garage Party and Car Show 2017 (Nice shirt, Pam Buettner ) 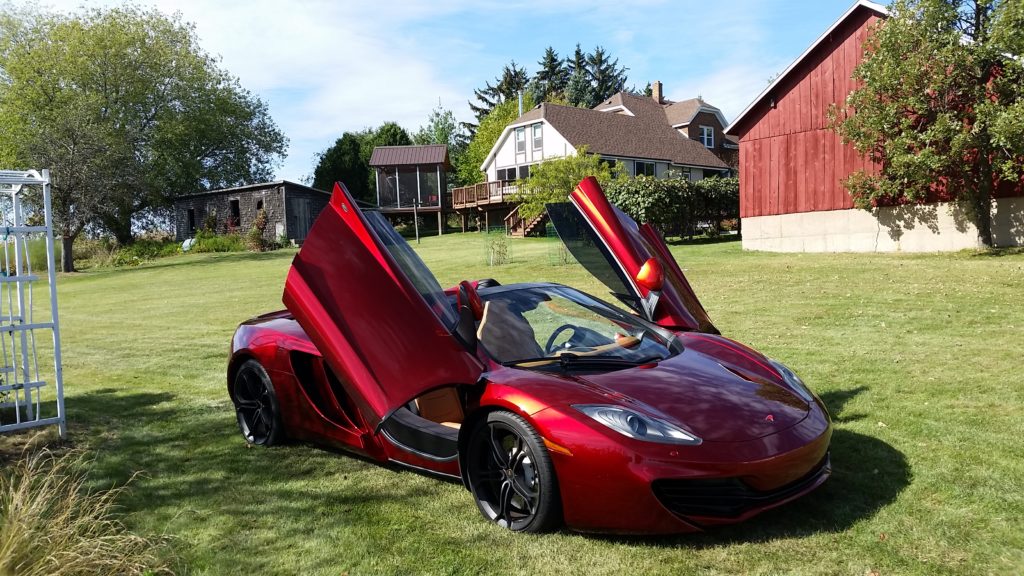 In honor of the movie night, we even had a McLaren. 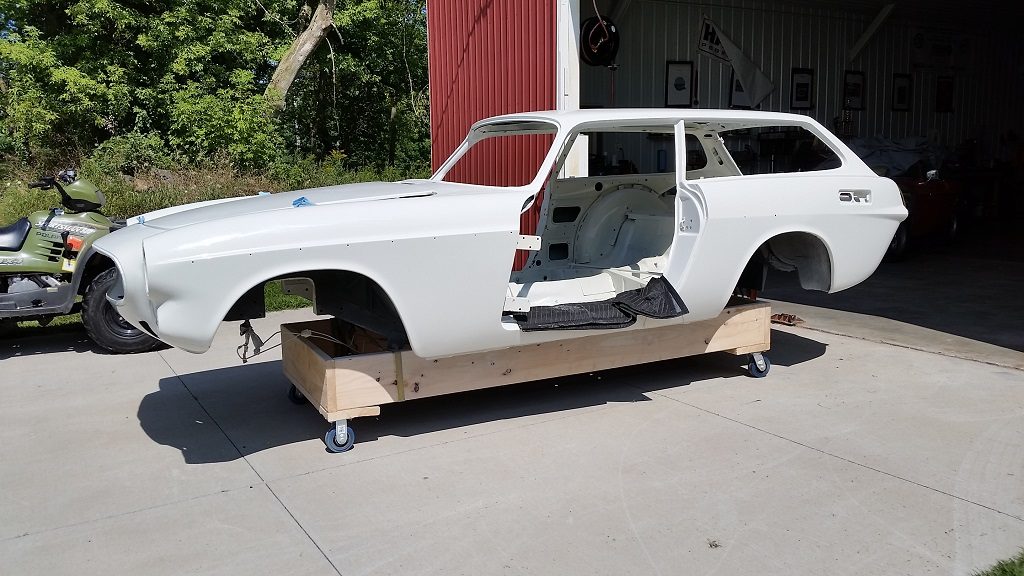 One current project among many

You may know that the B part of P and B Motorsports is Dave Buettner. Dave has owned more cars than anyone I know, a lot of them BMWs. [Buettner – German – makes sense.] He likes short, fast runs (drag strips) and bought a ’63 Dodge Max Wedge during the 2017-18 winter. The car has a lot of provenance and is now undergoing restoration. In fact, at the present it is spending the winter in our paint booth awaiting Dave’s spring return from Florida. He also bought a car that requires turning the steering wheel, a pretty special 325i. I’m trying to talk him into using it for what it’s designed for — wheel-to-wheel racing, road course, but I am not optimistic. 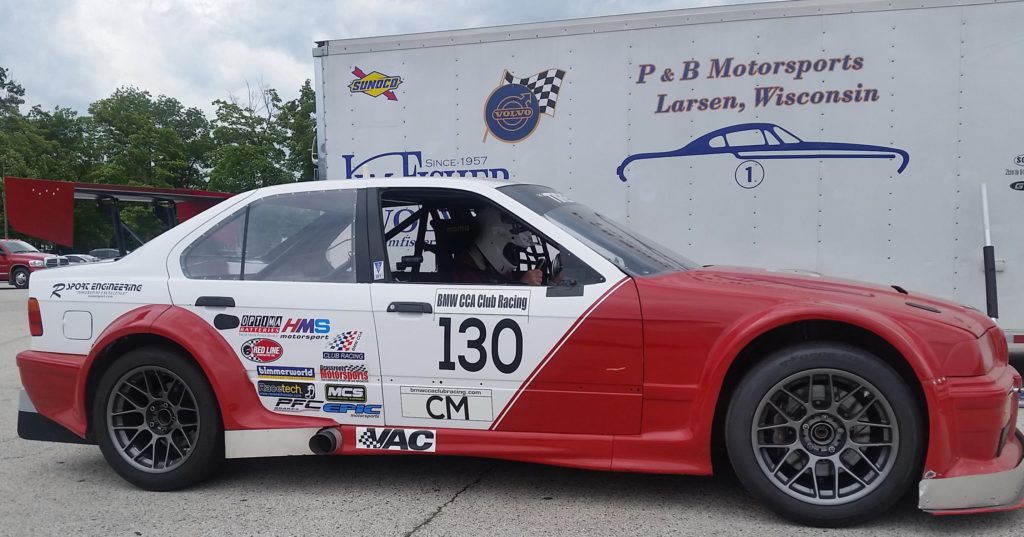 Dave’s 325i . Do we need new trailer graphics now?

In December, we co-hosted the 7th Annual (is there a pattern here?) Fox Valley Gearheads Movie Night.  Almost 100 came to UW Fox Valley to have some great beer (or soda or wine), tell stories during the social hour, and then watch the big screen documentary McLaren.

If you were not at any of these events, well, you should have been.

Our 2018 Race Schedule has now been drafted. That’s found under [guess what?]  on the website.  I look forward to all of them, but some more than others. Notable will be our return to Mid-Ohio Sports Car Course in June for the Volvo Nationals, this year hosted by SVRA. Lots of time at Road America for the VSCDA “Big One,” the Elkhart Lake Vintage Festival in September. And I probably will serve as a backup Enduro driver for Scott Barr as he takes his Spec Ford Racer on Midwest Council’s endurance series.

I’m looking forward to trying out some new technology. I like to be able to communicate with the team while I am in the car. In the past I tried the conventional radio system and found it lacking. Those things are fine for roundy-round racing, but they lose signal on big road courses. Thinking that the big box wired into the car was old school technology I started investigating. There is a free app called Zello that allows cell phones to be used as walkie talkies. I have partnered with Lake Forest Hearing to be the beta tester (actually they tell me I am the first in the U.S to have this) for Bluetooth ear buds that link to my cell phone. I have a PTT (“Push to Talk”) button for my cell phone that will install on the steering wheel. So we’ll see how this all works out. Joy can now yell FASTER FASTER at me instead of looking like a windmill at the edge of the track. 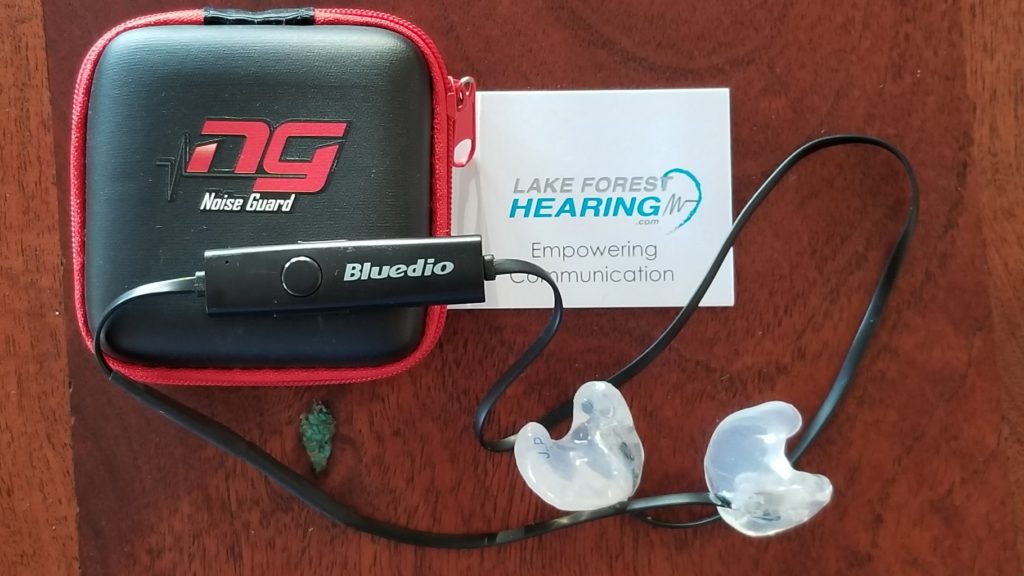 Joy and I are planning a trip with the President of the Great Lakes Chapter, Volvo Club of America, David Irvine and spouse Joyce to the Mother County (Sweden) in late July. Need to see Volvo museum! Maybe go to Genuine Classic Parts. Probably VP Autoparts. Sellholm AB? Oh, maybe there is something else to do there as well. We’ll see. 🙂 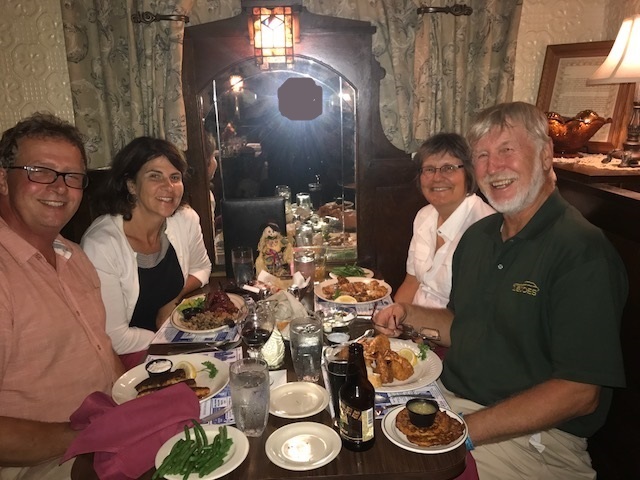 David and Joyce Irvine on the left. The silver-haired guy on the right was just squinting. He’s not really as old looking in life.

And remember the opening picture of the “Spriggs ES” getting some attention? It joined us in Arizona for the winter.  Winter? Is it winter? Geez, it was 75 most of January, and now it’s 90 at I sit in the AC in AZ. (Scott Barr posted pre-season pictures from WI. What’s all that white stuff in April????) 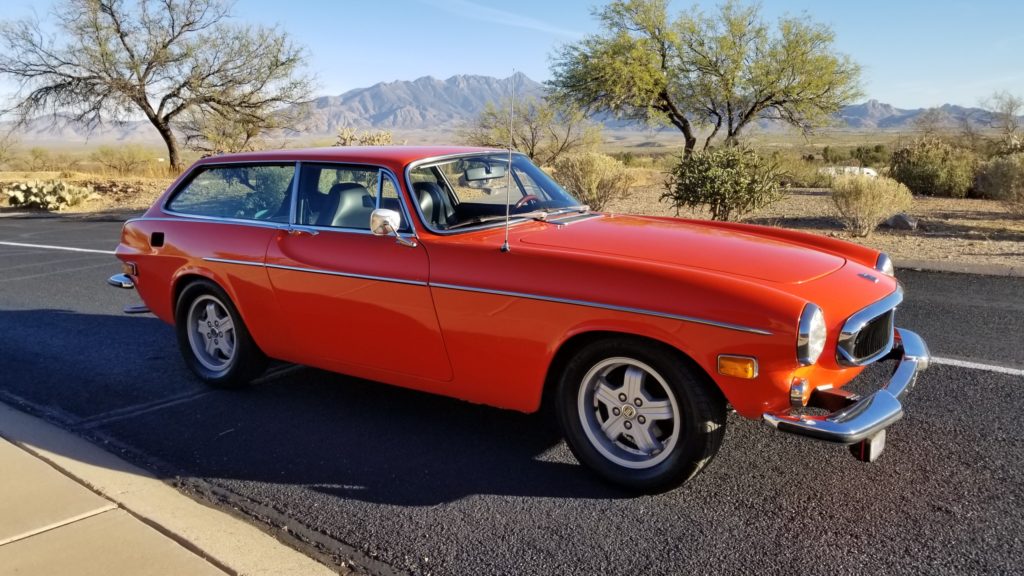 The “Spriggs ES” in sunny Arizona

Final thought: Thank you to K & N Filters for joining the P and B Motorsports supporters for 2018!