I am the second owner of this beautiful car, but  I can assure you it did not look like this when I bought it off eBay in late summer 2007. When it arrived from California the transporter driver asked if I was satisfied, since he saw so many disappointed buyers as he dropped off cars. My response was that as long as it was not rusty I really did not care what it looked like.

It was pretty ugly, with faded paint, numerous small dents, torn cloth seats, cracked dash pad, bad carpeting, and an engine bay that made you want to barf.  As winter approached, I tore everything apart. Dave Buettner did his magic with dent removal (body putty is used very sparingly by Dave), primed and painted the car in its original Code 110, using single stage enamel. The motor went to Competition Specialists from new pistons, bearings, you name it. I did the rest, spending darn near every evening at it for months. I made very good friends with Mike Dudek at iRoll Motors, from whom I sourced all the parts. The new leather seats came from Don Thibault. In May 2008 it rolled out of the garage in its present condition.

The car is now in the Master’s Class, having taken 1st in Class at three national judged events. It’s pictured here in front of The Performers outside the University of Wisconsin-Fox Valley Communication Arts Center, my last “project” before I retired from the campus. 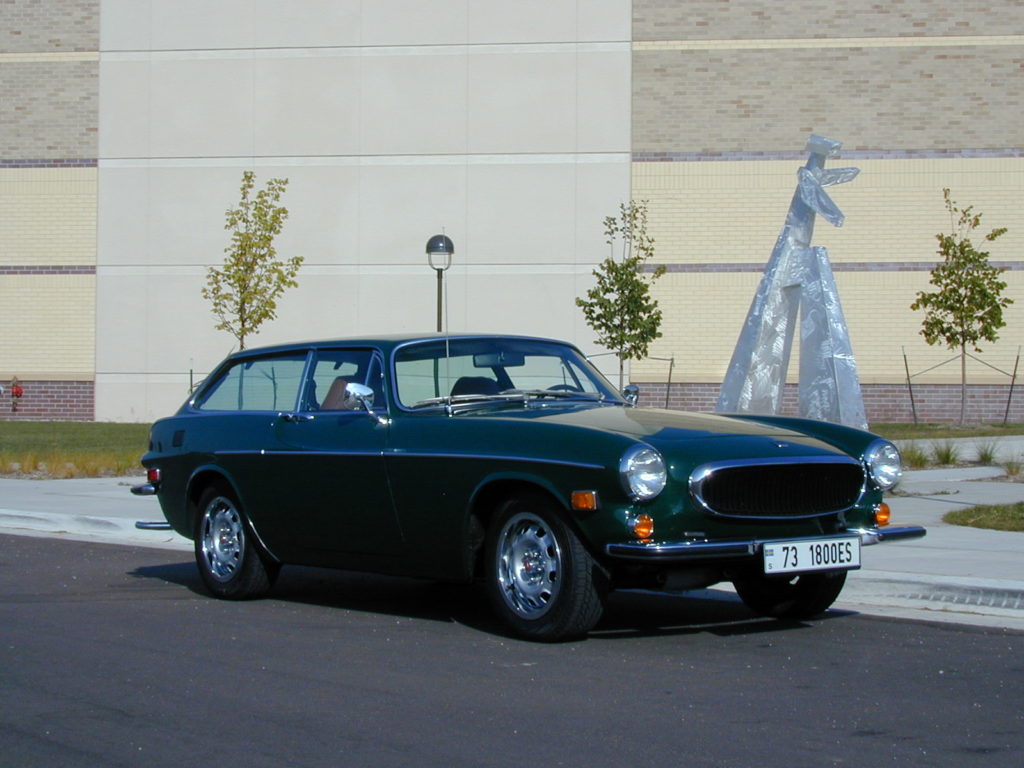 Since this picture was taken a new overflow bottle was installed and the body plate repainted. And the brake booster has the correct production date stamped on it as it was in the factory. 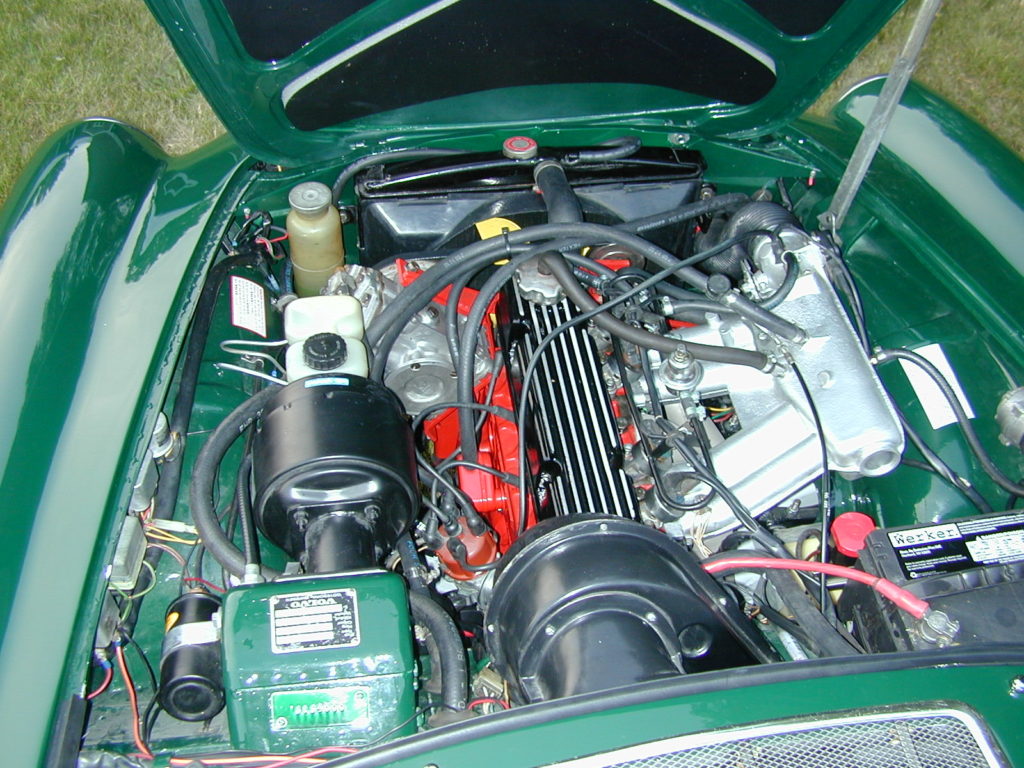 Yes, that’s a golf tee. It was marking where the AC evaporator drain line went. 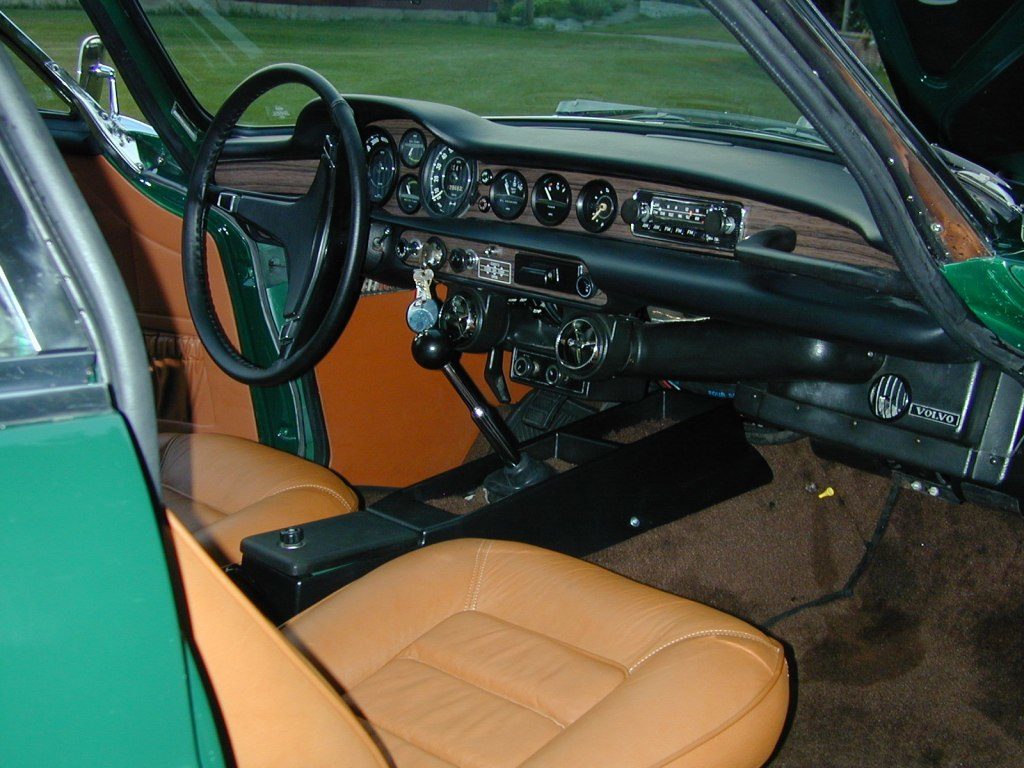 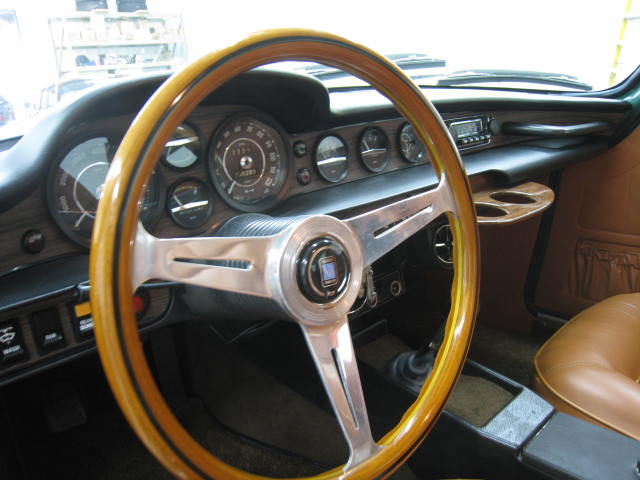 This is where it all started. I bought this body in Modesto, CA and drove it across country to our  western Maryland home n 1985 to replace the failing Wisconsin body. Once I got it there I found I could actually remove bolts without using a torch, a new experience for me. What was to become a driver morphed into my first restoration. It got a $300 paint job after I removed all the exterior stuff, and I installed the Wisconsin motor and interior, and by golly, I had me a collector car.

Thanks to this car I met Duane Matejka at at northern Virginia meet of the Washington Area Volvo Club. Duane replaced a freeze plus on a Saturday night after one blew while I was doing an autocross event.

In 2013 the car was sold to Keith Martin at Sports Car Market magazine. He drove it for a year and resold it. I hear it now resides someplace in North Carolina. Do I have seller’s remorse? Darn tootin’!

The picture was taken at my very first Road America Lamers Racing Track Day. I was the slowest car on the track, but it was the beginning of a lot of days now spent at Road America with a much faster, race prepared Volvo. 🙂 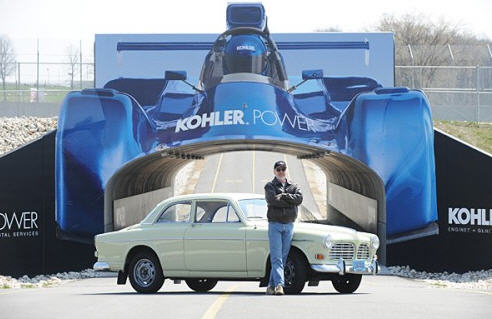 I acquired this vehicle in the summer of 2015 from my friend, Nashville musician Michael Spriggs, who had grown tired of trying to deal with a braking issue. I admit that my original intention was to fix a few things and then sell it, but along the way I decided I wanted a fun car to play with at our winter home in southern Arizona.

In July 2017 I pulled the motor and transmission and all the engine bay stuff, cleaned it up, and then Dave got his paint gun out, primed and painted it. Yes, this is the original color. As it turns out it’s almost identical to 1957 Case tractor orange. Motor was thoroughly cleaned and painted, and little things done. The windshield and dash were removed, both dash pads replaced, and a new AC system with parallel flow condenser, hoses, dryer, and rotary compressor installed. New rear discs and calipers, new brake booster. Bumpers were rechromed, any dented side spears replaced, hatch surround renewed, and carpet “refreshed” with Rit dye. (Hey, it works.)

The car now resides where salt is only something that is on the dinner table. 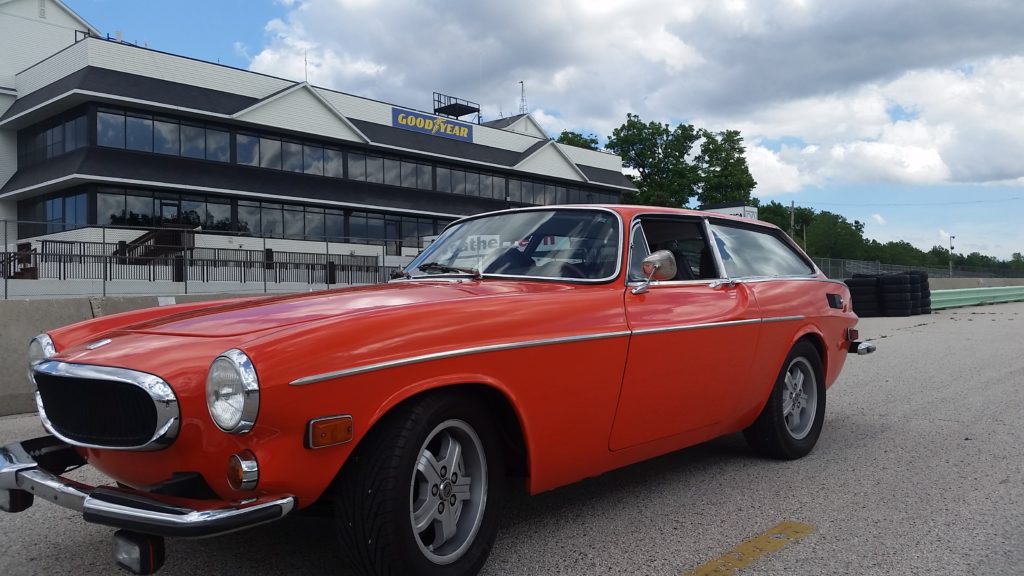 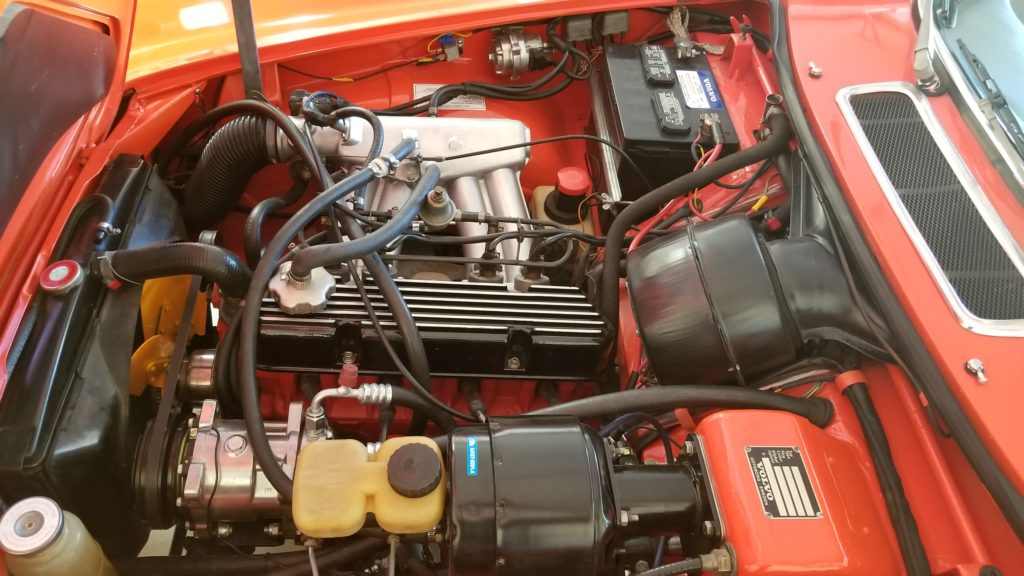