I think the clothing pretty much tells the story of far-western Michigan in early spring. Think west winds off a big pond that was ice-covered just a couple weeks ago. The good news: no rain! 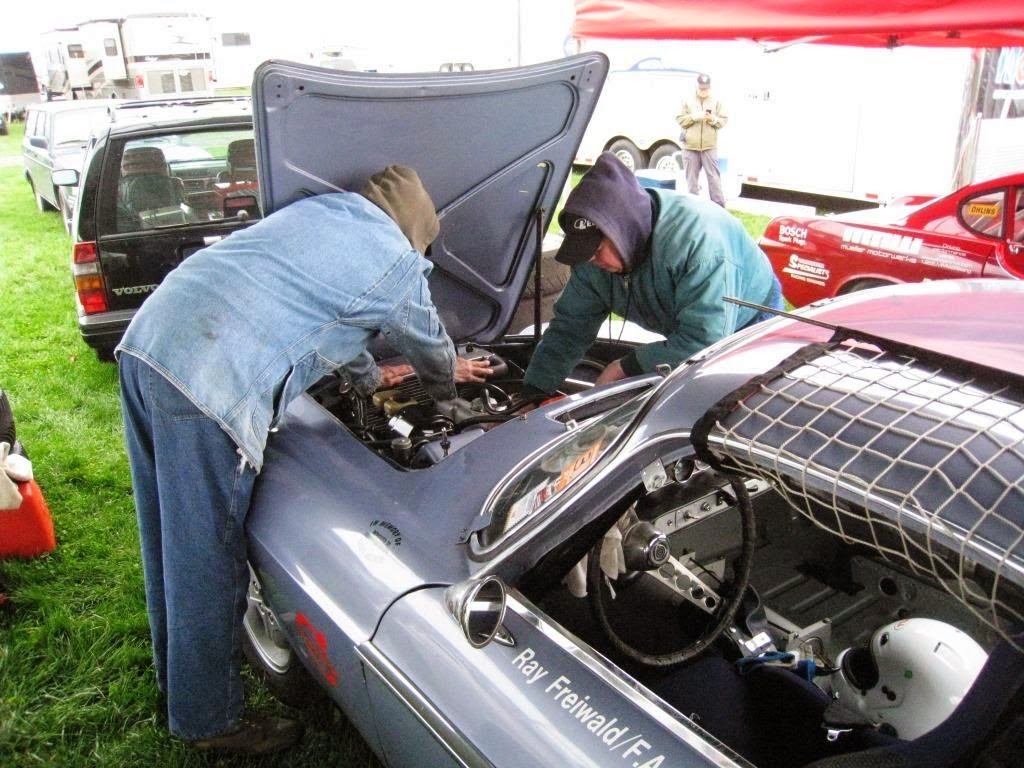 The Hoodie Guys — Ray Freiwald and Jim Blett warming their hands?
This was our first journey to GingerMan Raceway. Ray Freiwald talked us into it at our annual Volvo Racers and Friends get-together back in February. So after returning to cold Wisconsin after 3 glorious weeks in Florida I “killed snakes” (my father-in-laws term for working non-stop at a frenzy) to get the car ready.

New wiring under the dash, nice fresh paint in the cockpit and the underbody … it all sounds so simple and easy in the mind’s eye. Add to it changing the rear axle to one suited for the shorter track, starting a fresh engine for the first time, and killing snakes was an appropriate metaphor.

David Farrington came up with data acquisition revision and it actually worked. He’s still working on getting the video right. 🙂

A little over two-miles in length, GingerMan is technical and tight. In the first practice I followed master-mentor Freiwald around the track. Eleven turns with two nice straights. 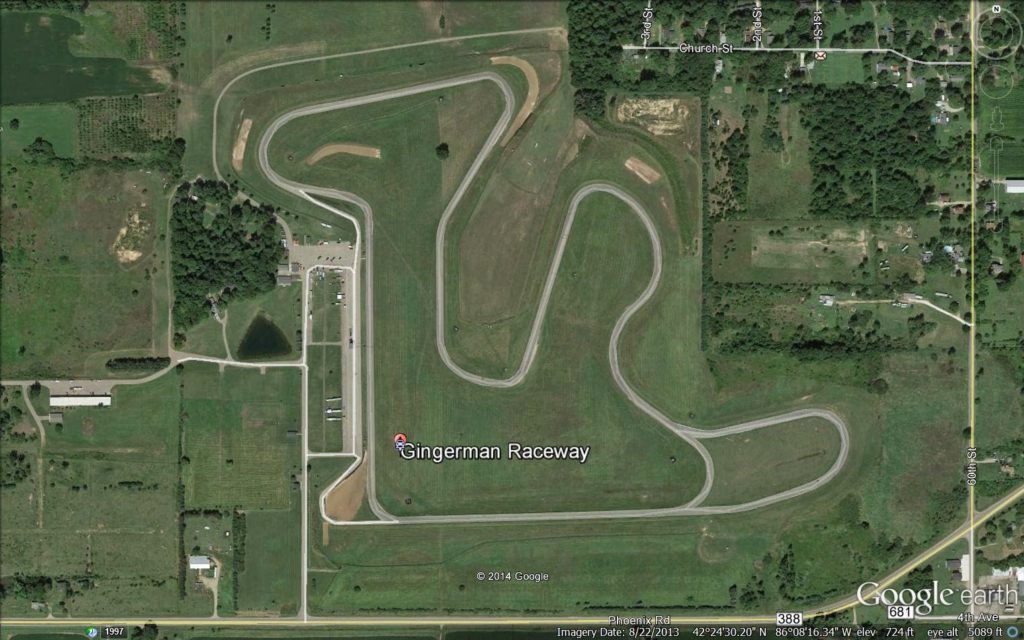 GingerMan has added a new section extending the course, but it was all new to me.
The Volvo field was well represented. Ray Freiwald’s and Alex Christopher’s 1800s joined us, as did Jeff Babcock in his 122. 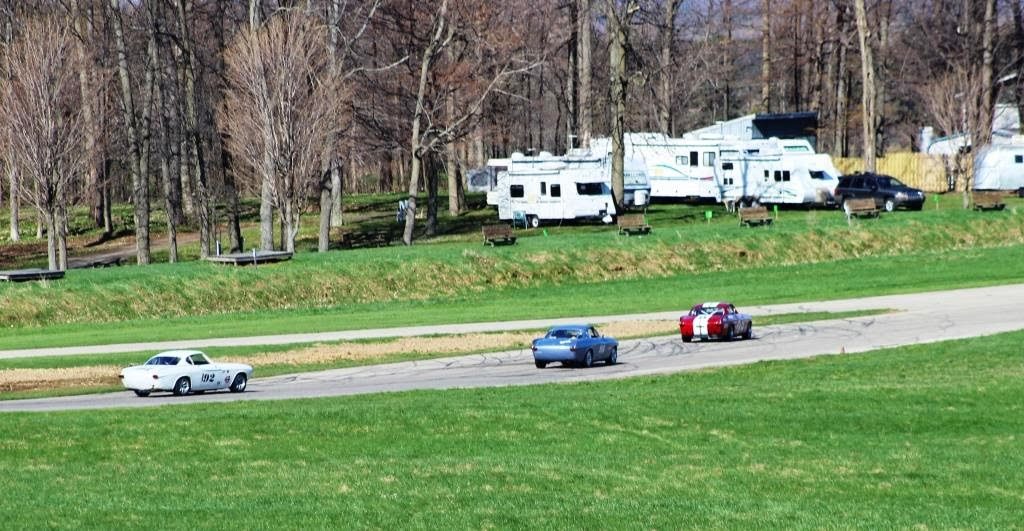 Three 1800s in an idelic scene. (Must admit I like that the red one is out front!)
Jeff is having a multi-year streak of bad luck. He threw a rod on Saturday, and with flames from burning oil coming out from beneath his car the black flag all came out again.

Here’s Jeff chasing the Barb Nevoral Alfa, prior to the 122 having a major issue, And that engine was fast!

Todd Jongen was there with his 142, although he was in a different race group 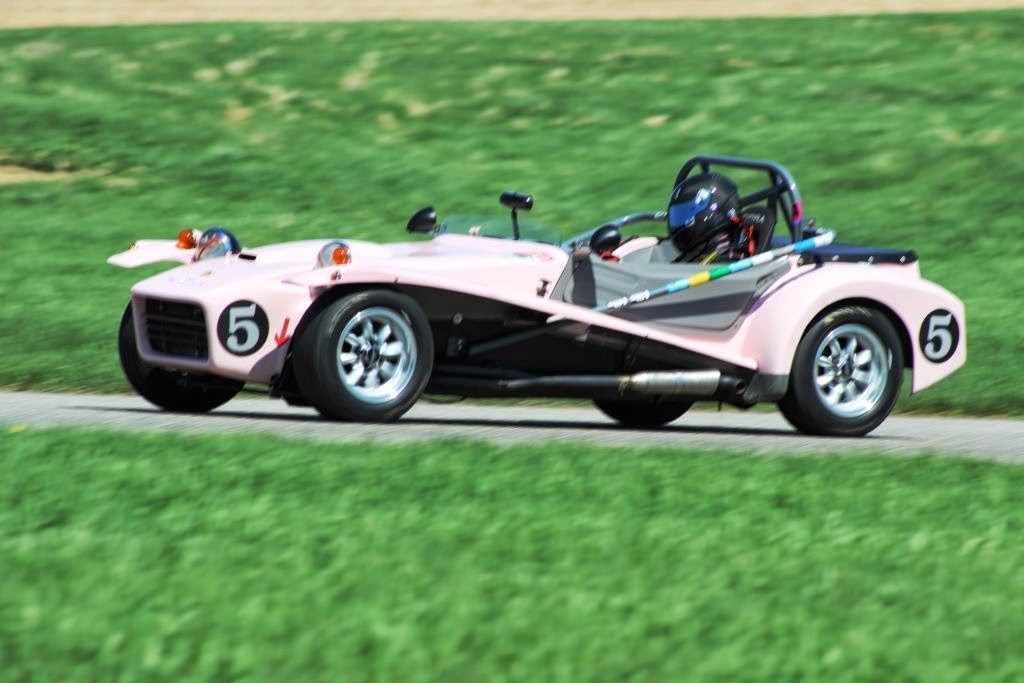 Dawn Fisher in her beautiful Lotus 7 and I are evenly matched and usually are right around one another. on the track. Had she not picked up a cone under her car in the feature, things might have finished differently.

In Saturday’s qualifying we got the car tuned a bit better and placed 9th on the Sprint Race grid. We finished 4th in the Sprint Race, but Dawn Fisher in her Lotus 7 had a slightly better lap time (1:55.199 vs. 1:56.168) so we were placed 5th on the grid for the Sunday Feature. The weekend was capped by a decent 3rd place finish with a recalcitrant car. Our best lap was 1:54.369. I was being challenged in the end as I was having some sputtering issue, but managed to hold on.  Even with all the stress I had to laugh a little when I happened to see Joy standing at the end of the hot grid whirling her arm in circles, meaning “put your foot in it buddy!”

And as usual, the big problem on the track turned out to be a little problem under the hood — a broken wire. 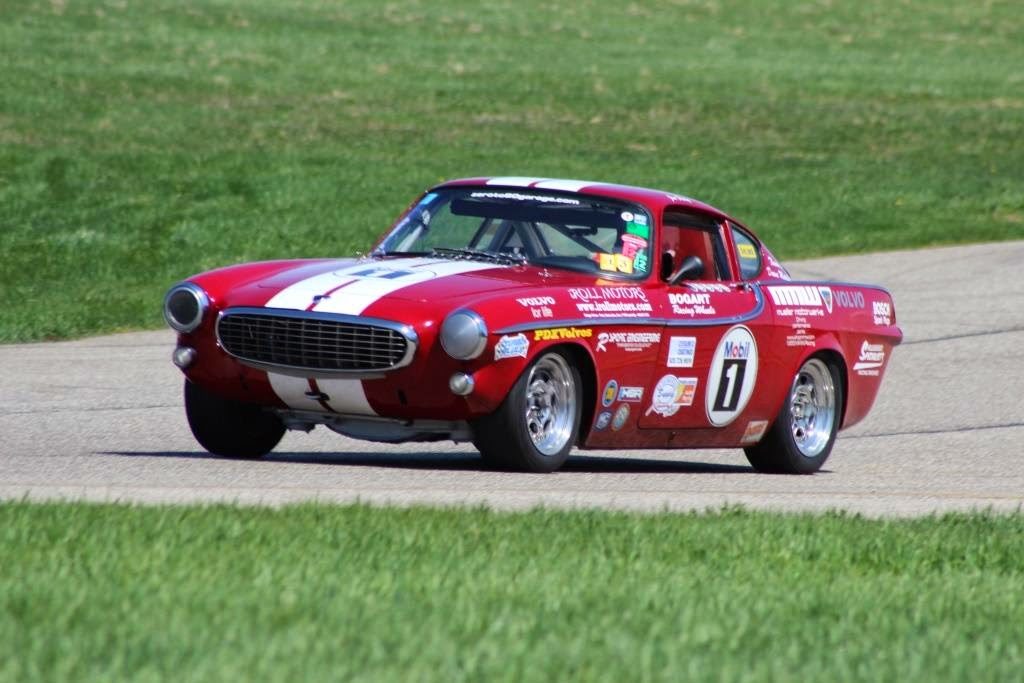 If I can get the car all sorted out we should be very competitive this year. 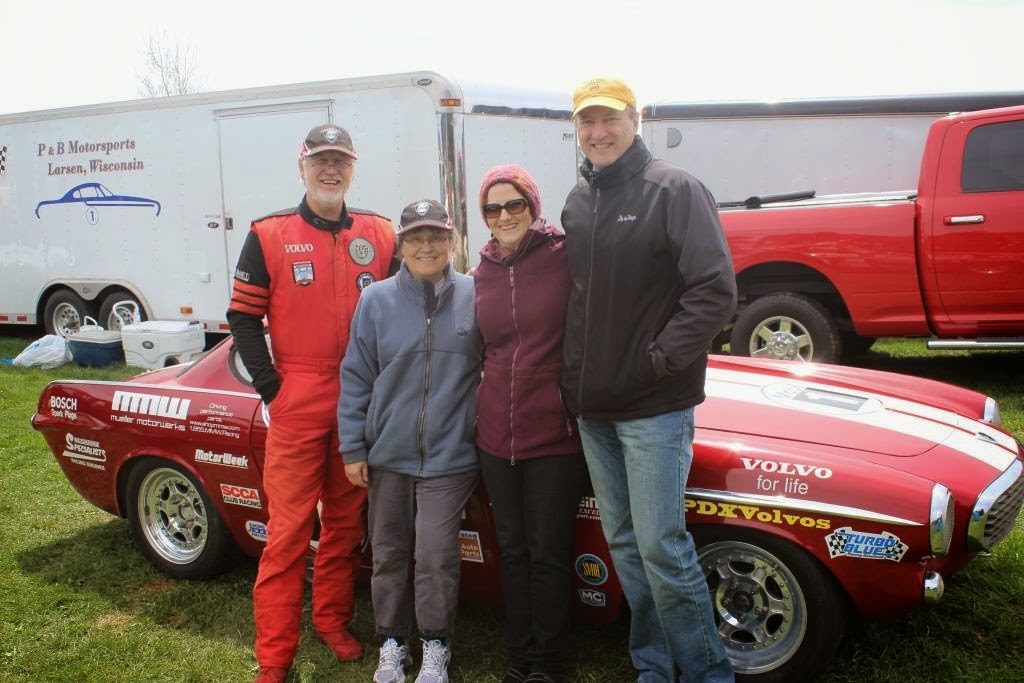 A weekend highlight-family members Theresa and Rob Sisson (the Mayor of Sturgis, MI) came over to see us on Sunday.
We have a long season ahead of us. One of the reasons we can make it long, and travel extensively, is because of people and organizations that help make this doable for us. So allow me to recognize our 2014 Sponsors:
Thank you!
Next up, Spring Vintage Weekend at Road America, May 16-18.