Flowers!? In a racing post? Hey, else what would you expect from a guy with a Ph.D. in botany??

The irises are blooming and the trees are in full leaf in Wisconsin. Must be time to go racin’!
We left AZ and arrived back “home” (I’m getting confused where that is) about a month ago and have been in the race prep mode almost every day since. We made the decision to not push it by trying to be ready for Spring Vintage at Road America this year, which was a smart move; I went down to the track to do some business and they were under a fog delay. You gotta love Wisconsin spring.

Ready to go. Flyin’ the flag.

So today was load-up for our trip northeast to Canadian Tire Motorsports Park east of Toronto for VARAC’s Vintage Grand Prix and the Volvo Nationals 2019.
Have a new motor on the stand. Originally I had intended to get it in for this race but despite all the parts being at Competition Specialists Racing Engines last fall, the lawmaker Murphy interceded.
The racer’s preferred Volvo B20 block is relative rare, having been used for only about a year in the late 1974 Volvo 144s and 1975 240s. These had main bearing caps that were more stout than those used in the 1968-73 B20s, and they  have an 8-bolt crankshaft — the flywheel is attached with 8 bolts rather than 6.  Over the course of the winter I did a group buy from Tinus Tuning in the Netherlands of new, lightweight racing flywheels, including an 8 bolt for my new motor. In 2012 I had purchased one of  these more rare blocks and stuffed it under the bench for the day when I needed a new engine. And that went to Competition Specialists last October. It got bored and prepped for all sorts of new internal goodies, but at one of the last steps, line boring for  the crankshaft, it was discovered that the main bearing caps were apparently  from some other engine, i.e. the bearing-to-block match necessary was not there. So we had to start all over with a different block.
The guys at Competition Specialists did a great job but even at that the new motor arrived just a couple days ago, and I would have been running a brand new power plant that had zero testing time on it. I made the decision to stick with the one that is in the car, so I am going to the Volvo Nationals 2019 race with what I consider a backup motor. It ran well after I threw the rod at the ELVF last September. Hopefully it will carry me for this race. 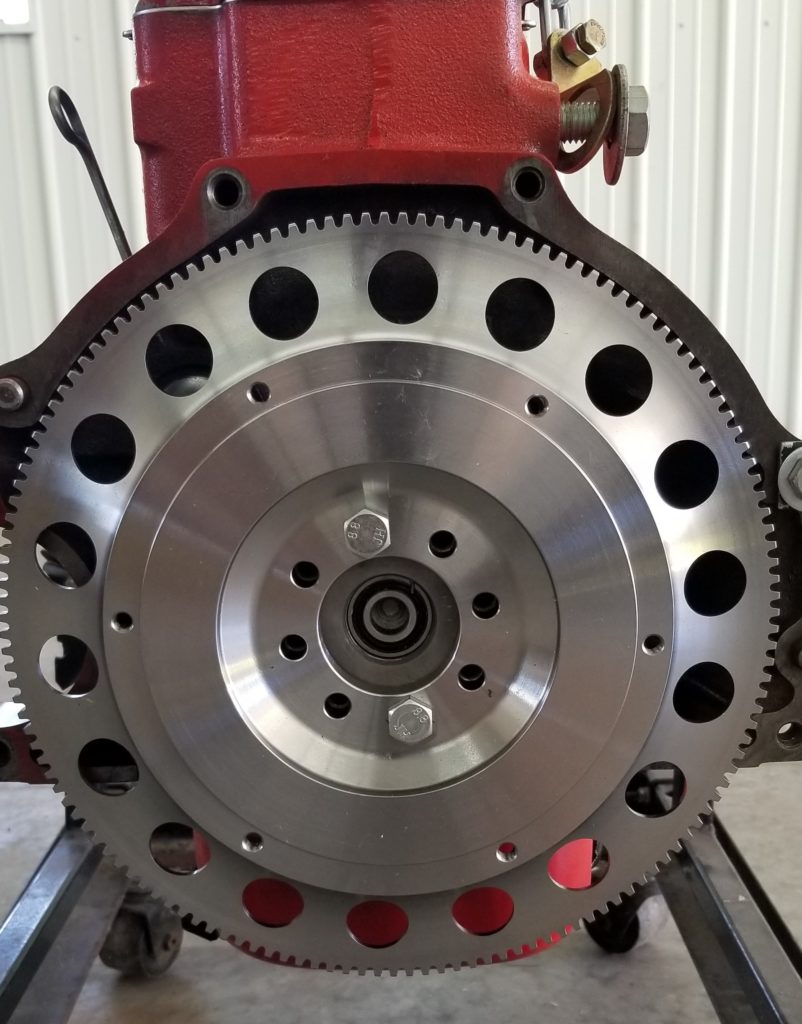 Pretty, huh? Now to get some ARP bolts to hold it in place … 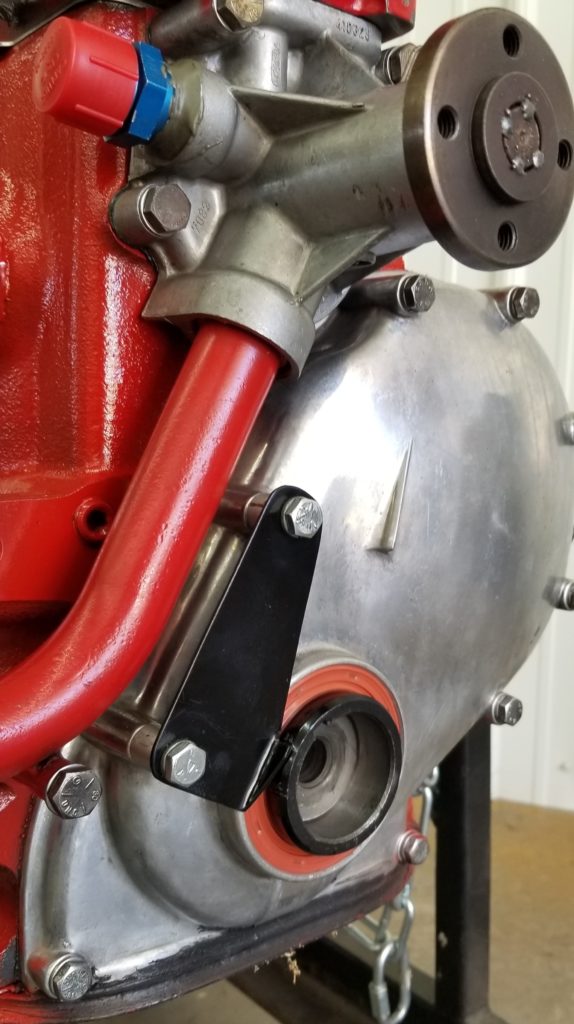 On the other end of the car, I decided I wanted a backup 4.56 limited slip rear axle. Last fall I bought a Yukon Gear ring and pinion set.  Dave and I spent maybe 12 hours at this . Lots of fiddling around. We start with an “open” carrier, then replace the spider gears with a spring and block arrangement that turns it into a limited slip (or positraction, as you may know it). Dave has done the ring and pinion setup before but I am just learning. It’s complicated, lots of measuring and placing of shims. I have watched countless You Tubes. 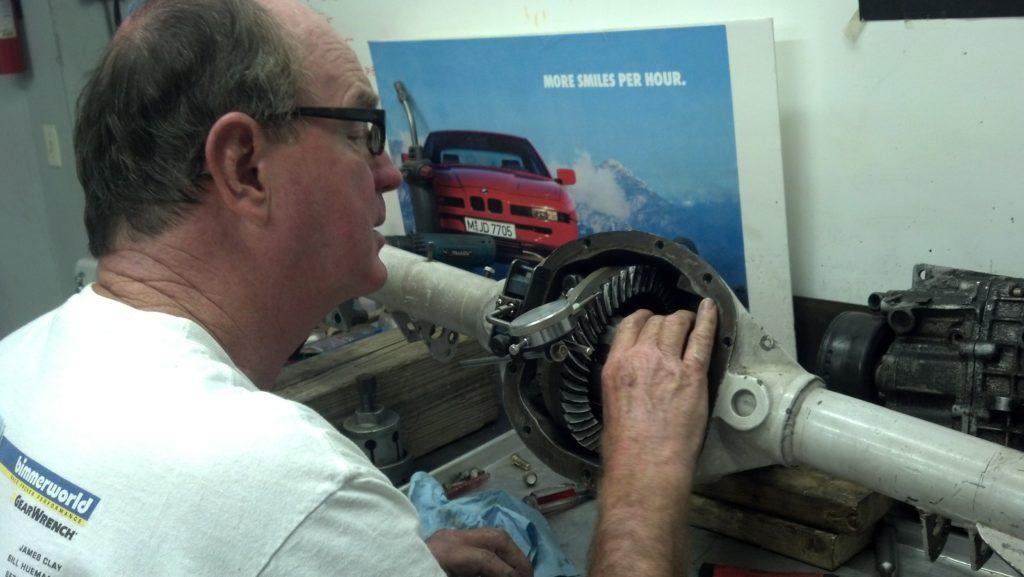 Lots of messing around here

One other change also has been made — Ed Madak at 123ignition USA converted my distributor to a Tune+ model. I will be able to watch and change the advance with my cell phone.

Screenshot of my smartphone. Should be able to watch advance in real time.

We’ll be gone about 9 days. The worst part of it is being separated from Doppler that long. I know that’s a little ridiculous but he’s really important to me on a daily basis. We’re going back to PA to stay with the Farringtons to their new home, and then stop at the Rock and Roll Hall of Fame.

Already have the Volvo Nationals 2020 planned for Portland International Raceway in Oregon.
See you on the flip-flop!