First, a bit of a rant before the fun stuff…

The only person missing was Noah. As in, Noah of  the Ark. There’s a rainy reason for the lush green of central Ohio. I just wish it would, for once, be a nice, sunny weekend when I was there. But while I’m grousing, I have to count the blessing of being in Group 3 run sessions, because, by contrast to just about every other one, we had the most dry track time. 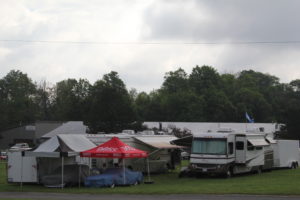 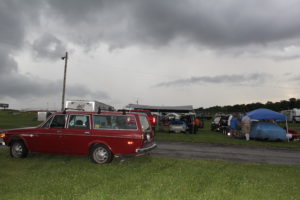 SVRA hosted the Volvo Nationals 2018. The Volvo turnout was not overwhelming, due in part to significant weather problems that kept some home dealing with flood damage, some broken cars in mid-season, some broken tow vehicles, and maybe most significantly, lack of support from Volvo corporation. IPD, one of the U.S. suppliers of Volvo parts provided support (Thank you!) but for the most part we were on our own.

ipd provided the funding for these beautiful Tim McCarty-produced awards 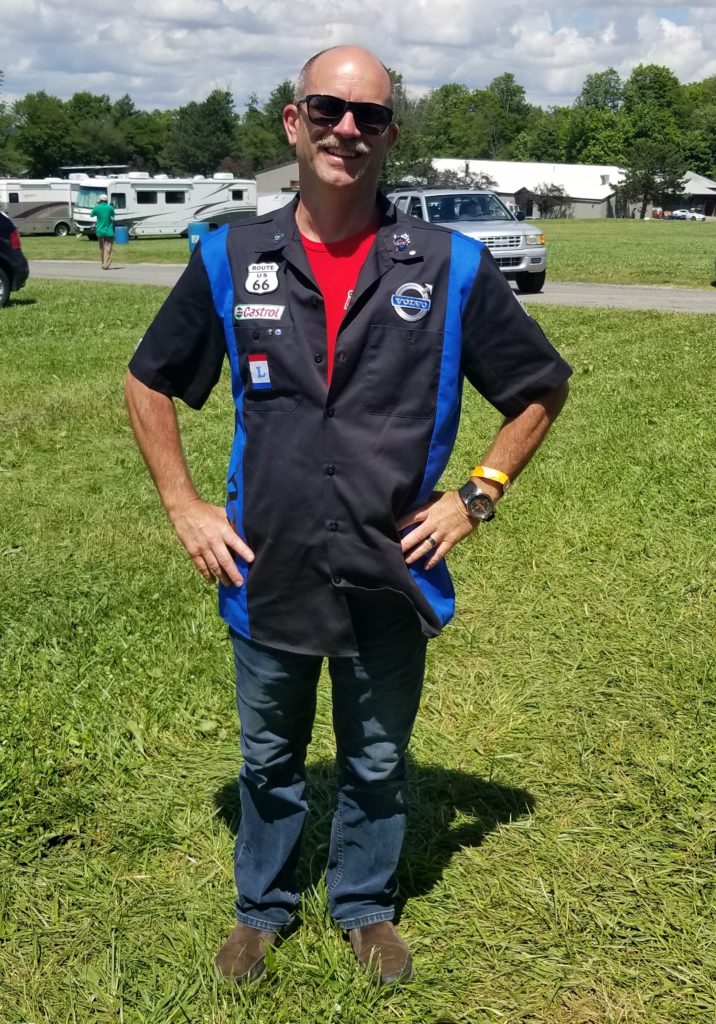 And here’s the artist, Tim McCarty and his beautifuenl R Design C30. His car took its own award in the weekend’s car show.

SVRA, through the leadership of its CEO Tony Parella, bent over backwards to help us out. They offered the race weekend at a 50% discount, and all of the folks working the event were spectacular.

Back to the rant: Mid-Ohio needs to take a look at other major tracks and get their act together. Race cars should not need to drive on access roads that look like some post-apocalypse scene from a dystopian novel. I was interviewed by one of theSVRA people at the end of the weekend, asking my assessment, which was: great organization, great people, great track, terrible paddock and amenities.

In Wisconsin, we call them “Scottholes” after our Governor, who will give billions in tax incentives to Foxconn, but won’t repair the roads. In Ohio..? 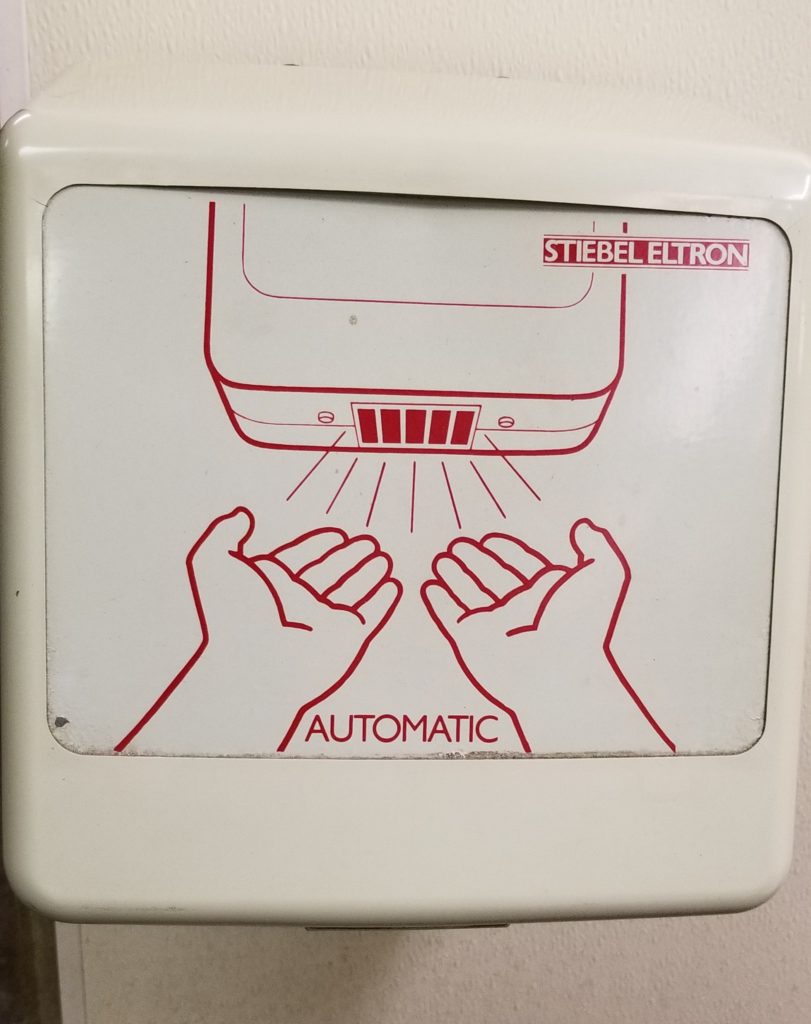 This belongs in some antique shop. Instead of “Automatic” it should say “Wipe hands on pants.” (And obviously M-O has not heard of the Kohler Company, who insignia is seen my many males on a daily basis. i spare you a picture of the troughs.)

OK, I got that out of my system.

All the Volvo guys and gals got together at the Road House Friday night for dinner. It might be said we more or less commandeered a good portion of it.

Sam Moore was holding court. It’s great having David and Suzanne Farrington retired so Sue can be with us to take care of the needs of the P and B Race Engineer. Canadian Peter Lambrinos (white hat) looks like he is worried that ICE might catch up with him. 🙂

The waitresses were tolerant and friendly

Joy and I wore our “bowling shirts.”

Irrespective of the, ahem, facilities, the track at Mid-Ohio is a really great and technical course. Good flow, as they say. And we had some of the best racing ever, especially with fellow Volvo 1800 guy, Gary Jebsen. Gary and I certainly put on a show for the fans perched on the hillside of the Corkscrew.

Two pretty similar sports cars. Sam Moore had reeled us in, but he was a bit too late and the race ended before he got by us. (Mark Snelgrove photo)

Gary and I were very evenly matched in our group races and all-Volvo race, so we were like two cars attached with a tow rope. In the end – Gary 2, Jim 1.

And from the Volvo race … (Full race)

The weekend reunited many that were at the big 2016 Road America event. And it tells you something when a guy who races a 142 in California flies into the Great Middlearth just to be part of the fraternity: 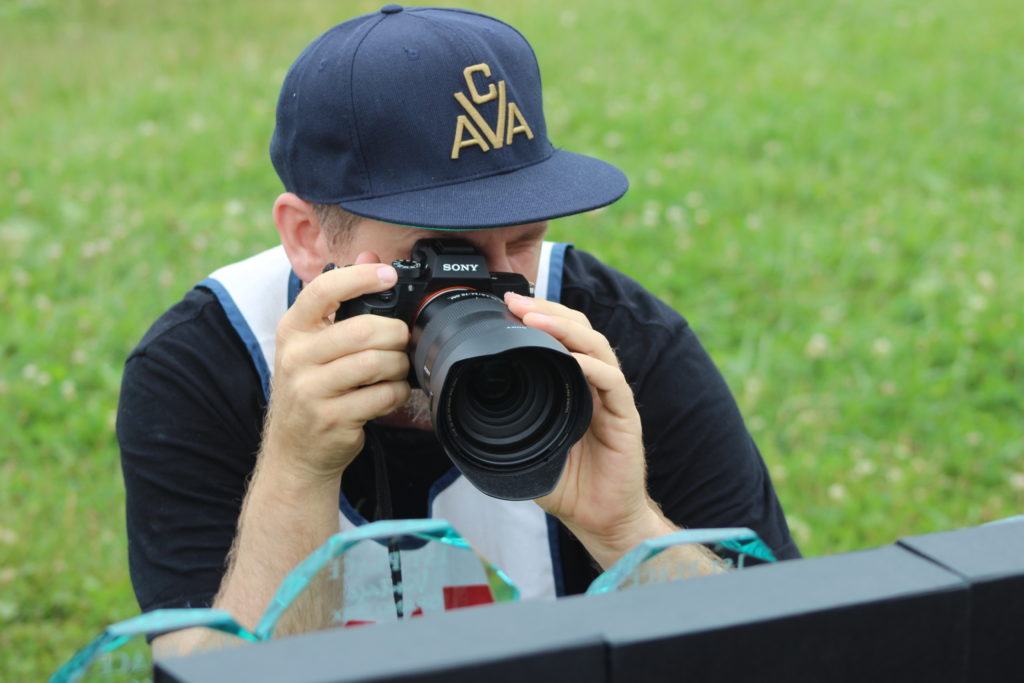 We were not without Midwest company and friends. Ray Friewald and his neighbor Dan came to support Alex Christopher and generally make it a good time. 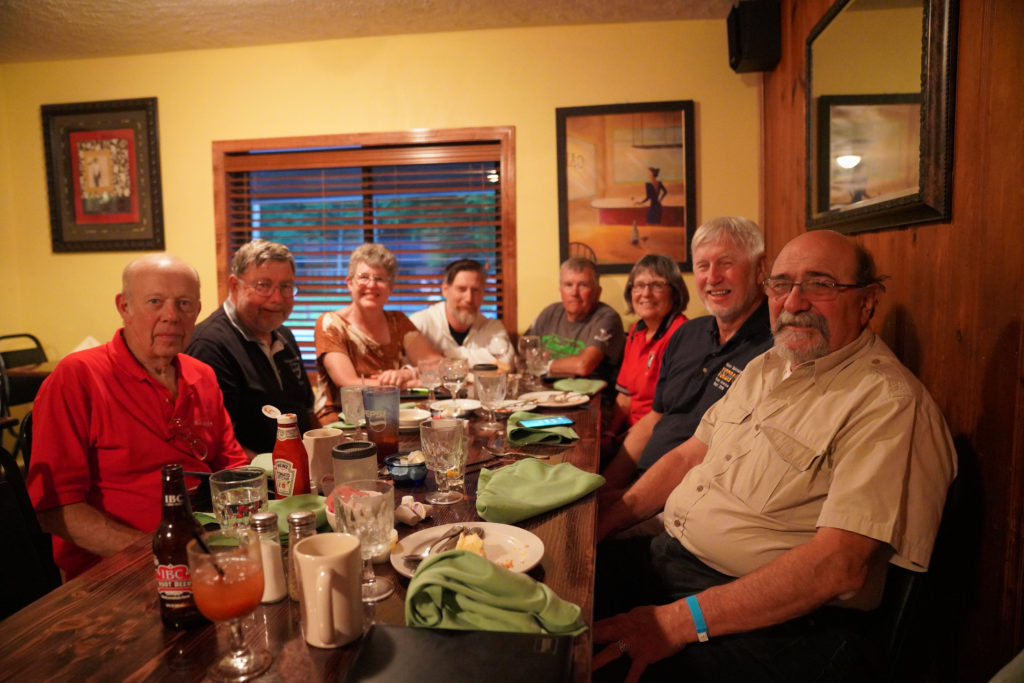 Saturday dinner with the gang 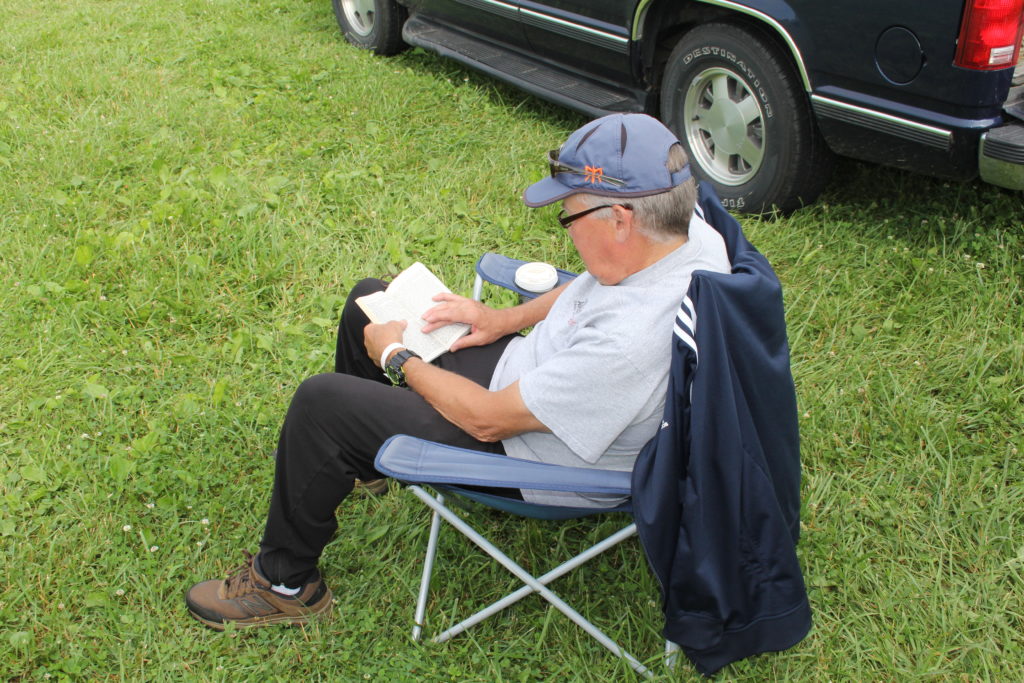 So Sunday was sun day. The combined Groups 1, 3, and 4 wrapped up the weekend with the final feature race. And in the final I finally … well watch! (Short) 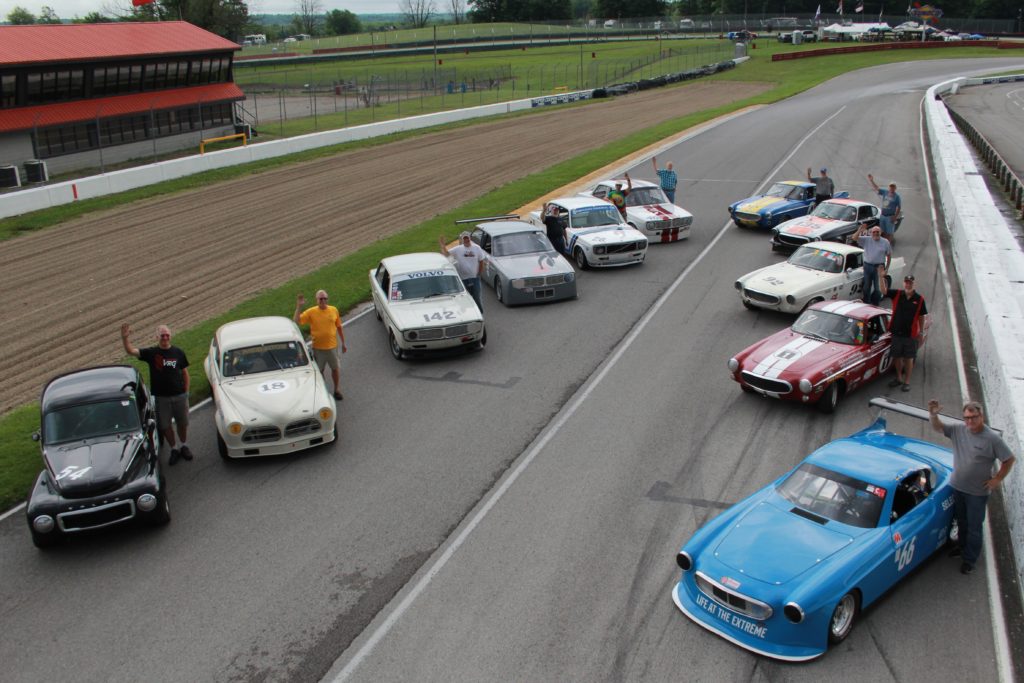 Mid-Ohio let Kevin Price climb onto the bridge for this shot just as the sky was about to let loose.  Again. (Kevin Price photo) 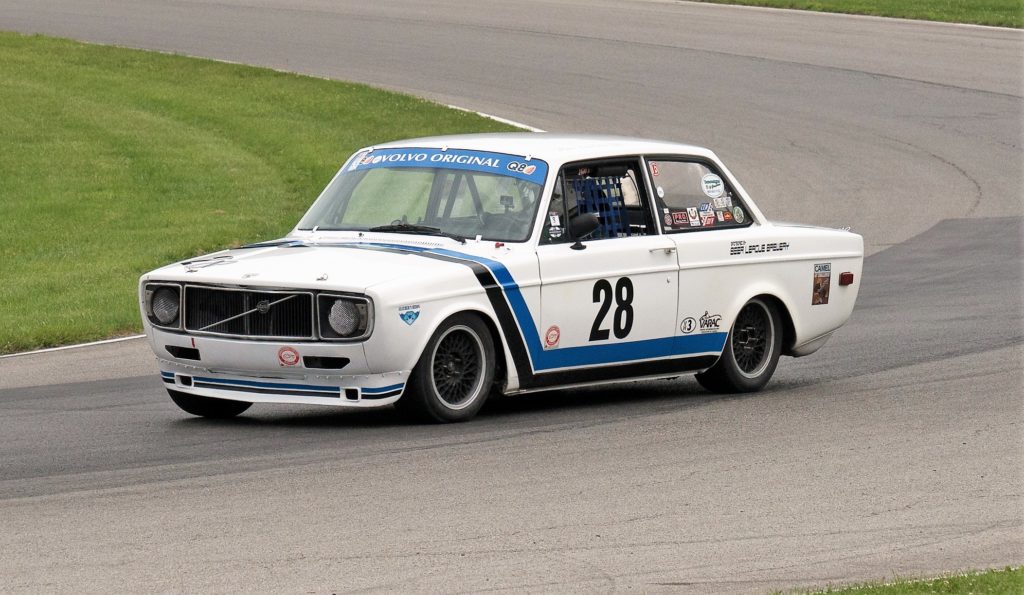 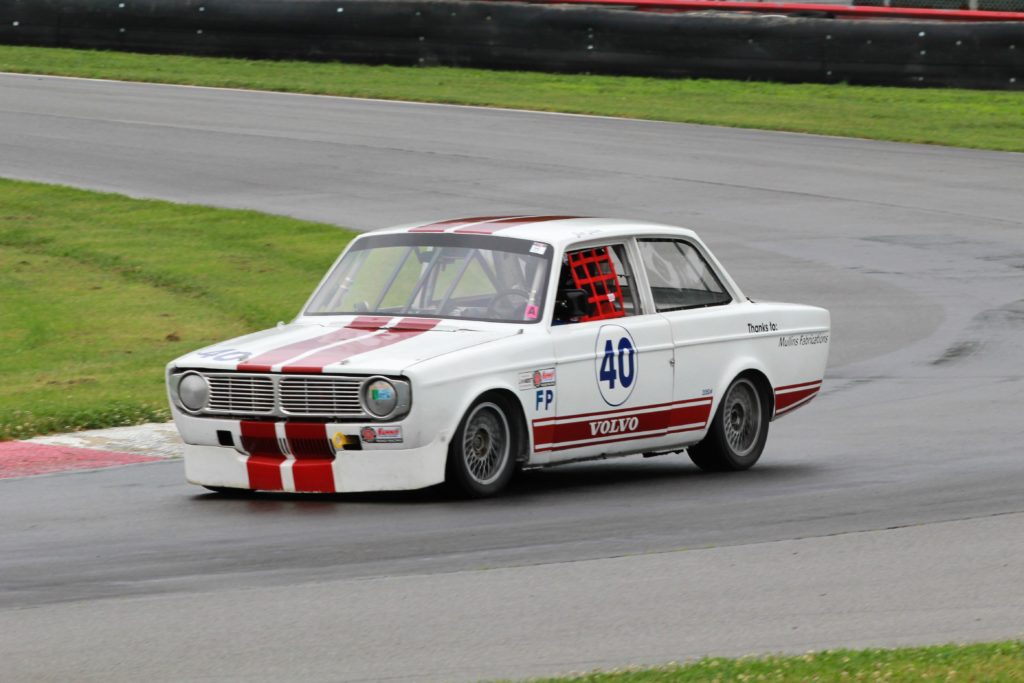 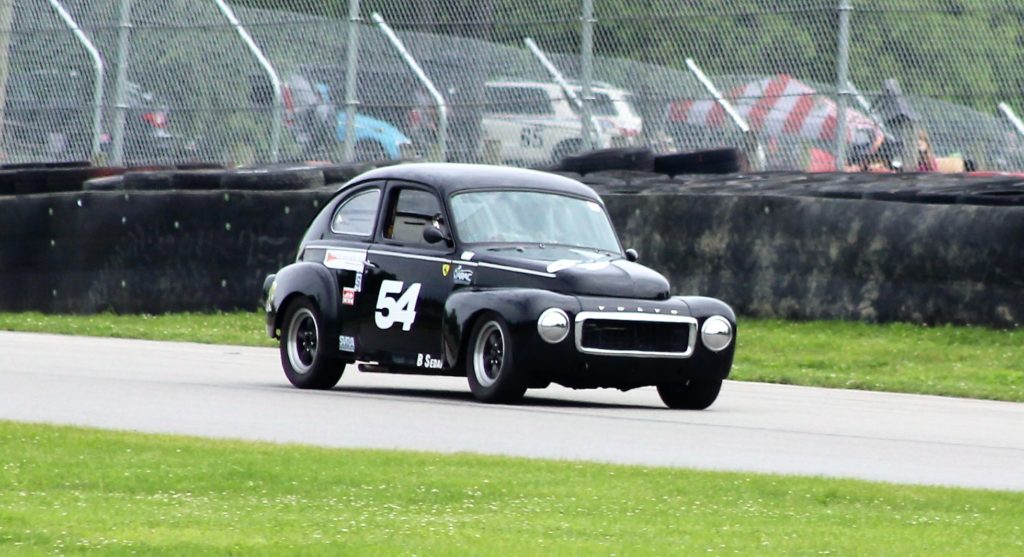 Dan Reynolds – Corbeil, Ontario (David Farrington photo) [Dan was put into Group 8 because of the considerable amount of fiberglass on his car.)

The pictures here are only a smattering of the really good stuff that came from David Farrington, Mark Snelgrove, and our “Official Volvo Nationals Photographer” Keith [Go to Waterford] Price. Maybe I will put some more good ones on Flickr … 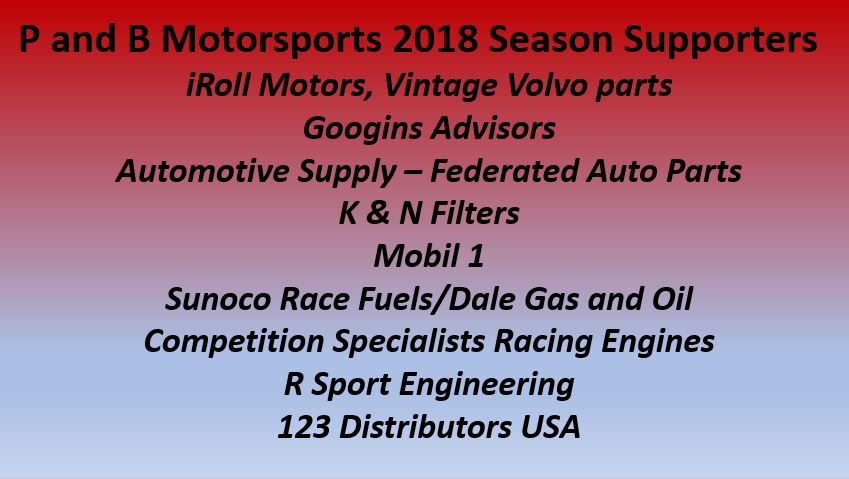