South Haven, Michigan. Five miles from Lake Michigan’s eastern shoreline. April 30. Why did we come back from sunny Arizona????  Or for that matter, Race Engineer David Farrington was asking himself why he had left the warmth of Chattanooga. 460 and rain. The tulips were not blooming. What’s to be expected? But racin’ called. 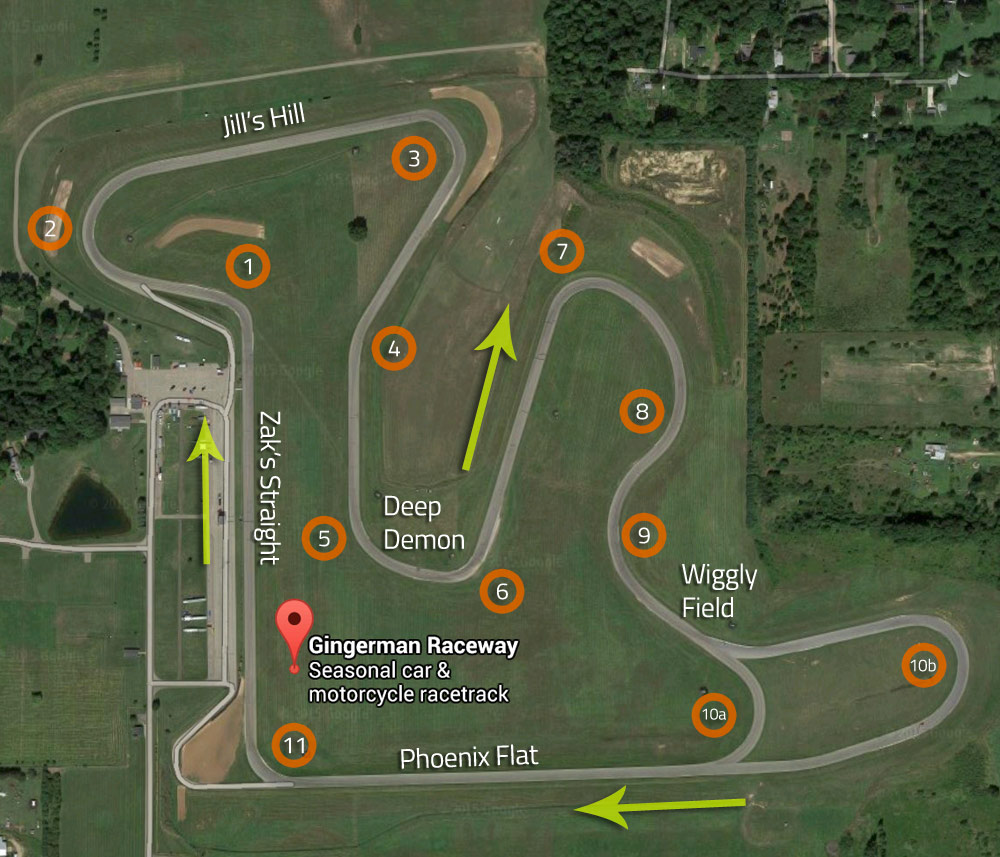 The 2016 season opener for VSCDA and P and B Motorsports started out with some pretty miserable weather but the results were anything but. We had a fresh 2L power plant that seemed to run well enough on the shop floor. No time to take it to the dyno to see what it had. But the first outing laid testimony that it has IT!

GingerMan serves as the spring driver’s school for VSCDA so there were a goodly number of cars sporting X’s on their paint for the weekend.  At least one of those – a Mini no less — gave us a real run for our money. 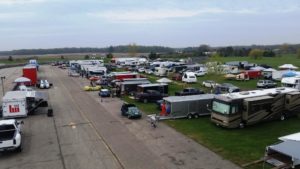 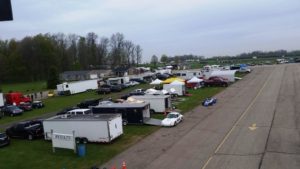 We had a whopping 137 entries for Spring Brake 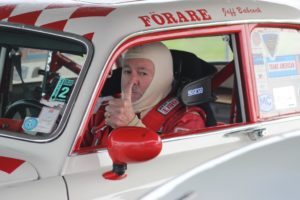 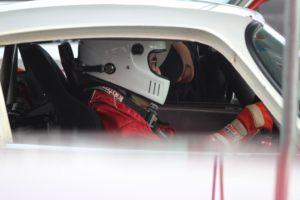 Cold and rainy conditions prevailed for much of Saturday. We got a couple dry sessions before the rain started falling for the Group E Qualifying session, keeping a number of the cars in the paddock. For over a year we’ve been hauling around a brand new set of Hoosier H2O rain tires; time for their inaugural run.  David Farrington softened the rear suspension and out we went for Qualifying. While they were not magical, they did allow us to put ourselves near the front of the grid for the equally wet Sprint Race. Maybe they even kept us on the track, albeit a bit loose at times. 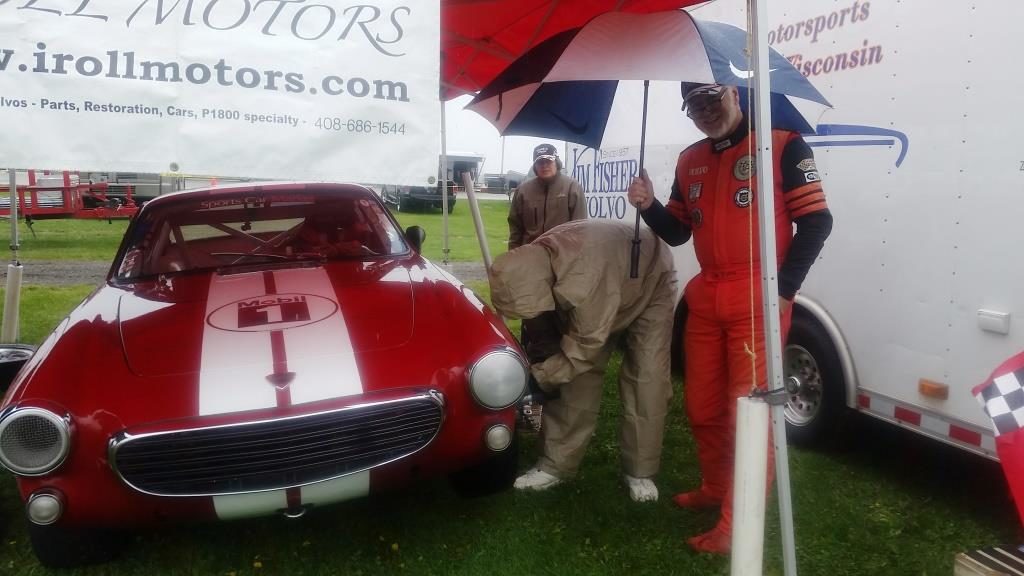 The driver has to make himself look useful, right? 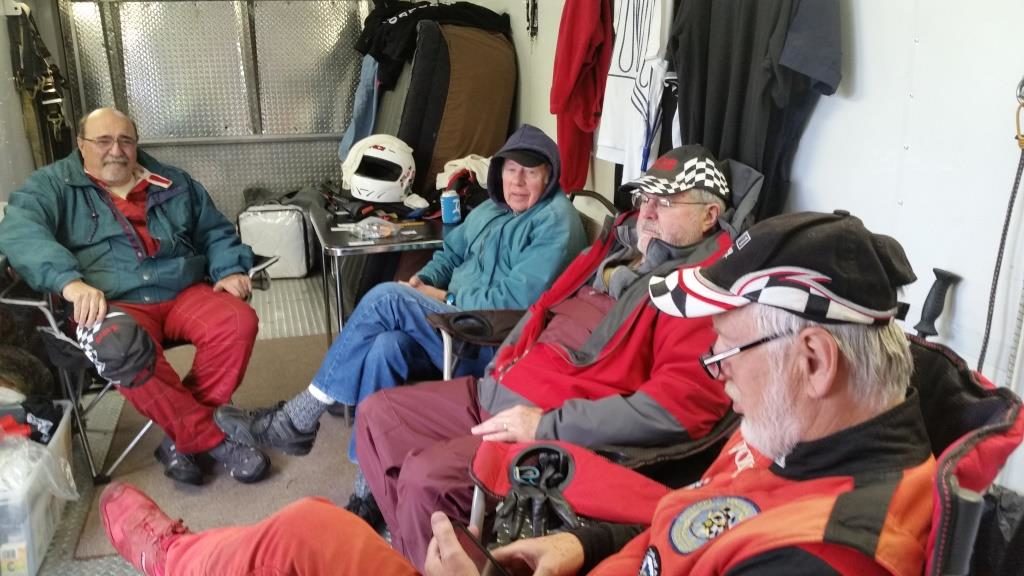 On a cool, rainy day, an enclosed trailer, a generator & an  electric heater makes for some good company. L-R are Alex Christopher, Ray Freiwald was crew for the weekend, Jeff Babcock & Jim Perry. (David Farrington photo)

Rain makes for interesting photos, if nothing else (David Farrington photo)

The #37X Mini was on the pole, with our #1 Red beside him for the Sprint.  As the green flag dropped I put the pedal to the metal and powered away.  We were able to hold that position until “Dr. Dreadful” Rick Gurolnick caught up with his bathtub Porsche 356 about 2/3 way through the race. I should have known that Rick would take the inside line, even in the rain. He got past me in Turn 1 and while I was able to run with him I was unable to keep enough traction to catch him, so we placed second by 1.281 seconds.

Here’s a bit of the Sprint Race action.

While the rain subsided on Sunday, it remained frigid. Nonetheless we were able to stow the rain tires for a fresh set of Speedsters. Gridded 3rd to a Lotus 7 and the Mini, I was able to get a good jump at the drop of the flag and once again found myself in the position of having no one in front of me for 11 of the 15 laps.

Ron Soave (Sprite) and Don Dickey (MG B) kept the pressure on me (despite Soave having an accelerator pedal that seemed to have my name written all over it by jamming into his floorboard).  But it was Manley Ford’s lightweight Super 7 (gridded 30th of 39) that prevailed in the end and once again I took the “silver,” by 0.476 seconds.  It’s hard to complain about any of this because my best lap time beat my previous best by almost 5 seconds on a relatively short two mile track! 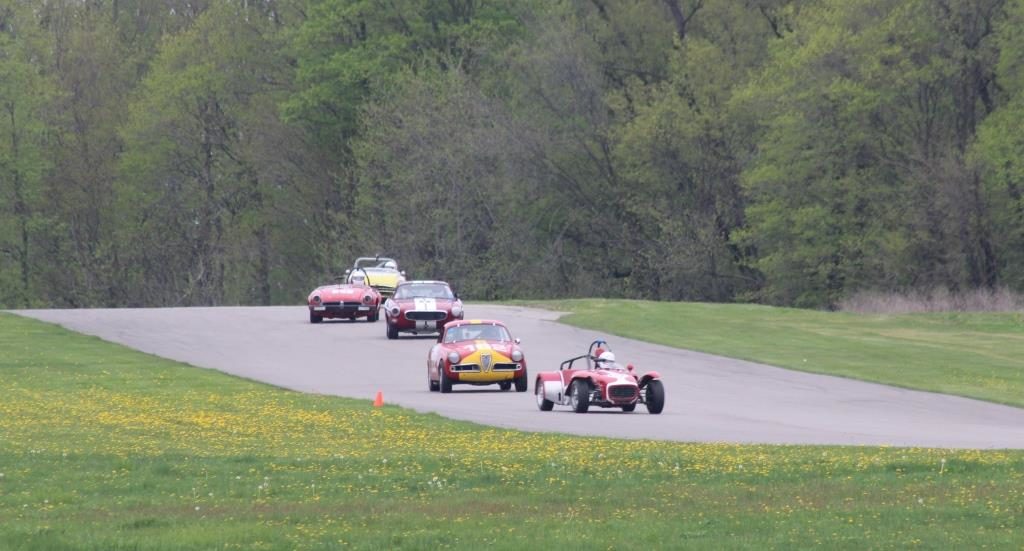 It took a bunch of cameras and some creativity to make this video interesting.(Forgot to turn on the data so no speedometer or tachometer.)

All in all it was a good weekend outing for us. If the car continues to perform as it did at GingerMan this should prove to be a very good season. And maybe I will get more practice running up front with a clear field. 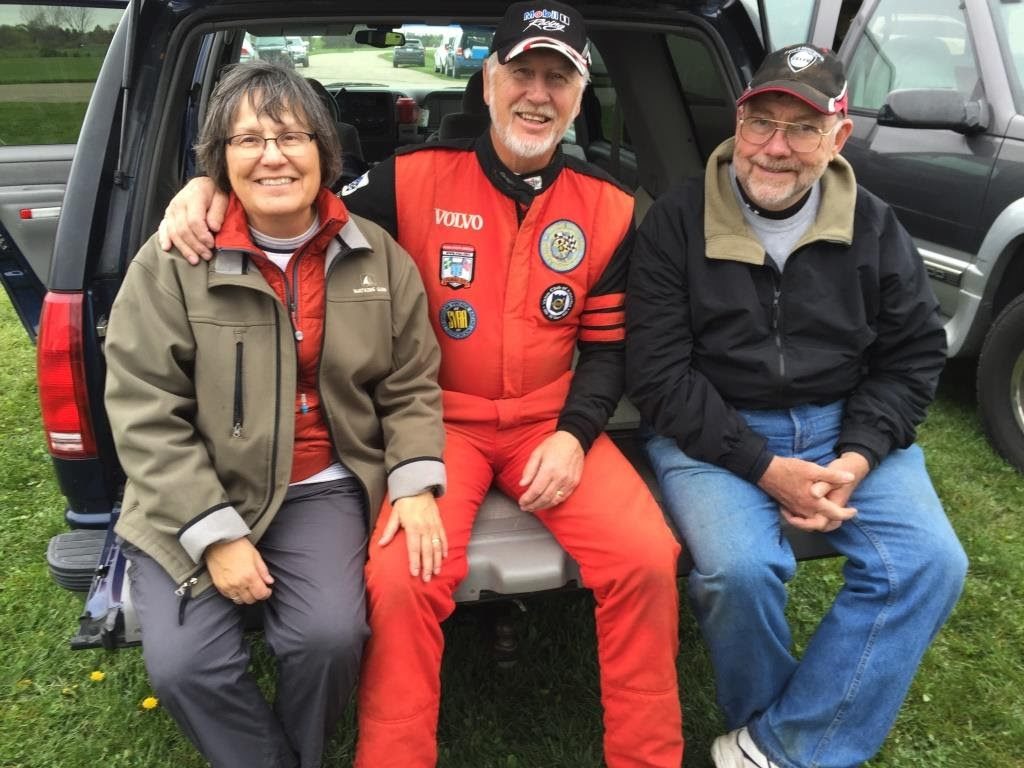 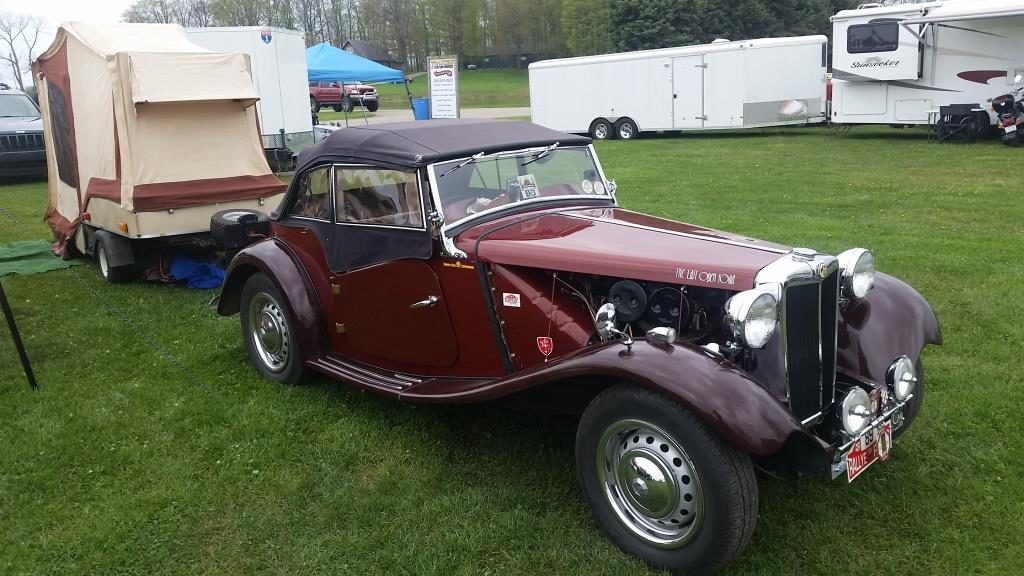 There’s always something interesting at a vintage event