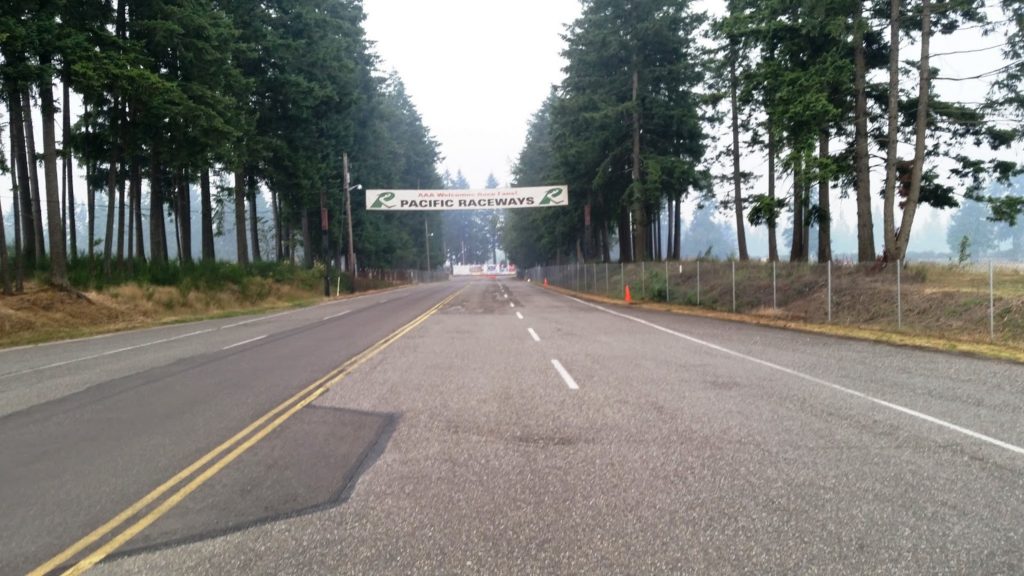 2200 miles and one new transmission after the Blackhawk Classic found us on the Left Coast among the conifers and those awaiting the opening day of a new era – marijuana sales were about to become legal for public consumption in Washington. It was also 4th of July weekend, so the natives were in high gear for celebration.

Pacific Raceways is an old, ‘50s style track with a very interesting layout. A long straight with a full throttle kink leads to a sweeping left-hander onto the back stretch that drops down to a set of REALLY tight S’s. A good runner could keep up with the cars there, it’s so slow. Then it’s power on through some interesting turns with the car loading and unloading in rapid progression. Lots of fun here. Then we come up hill and onto a new patch of asphalt to the final sweeper.  Perhaps most curious is that the timing point and start/finish line are separated by about ½ mile.

Friday morning’s practice session was pretty eventful. Lots of vibration  caused me to come in after a single lap. When we got the car up on the jack I found a front U-joint without a cap. Just about that time Portland Volvo Guru Cameron Lovre showed up to join the P and B Motorsports Crew. Cam got handed the driveshaft while David Farrington drained the rear axle upon my request to check it out. 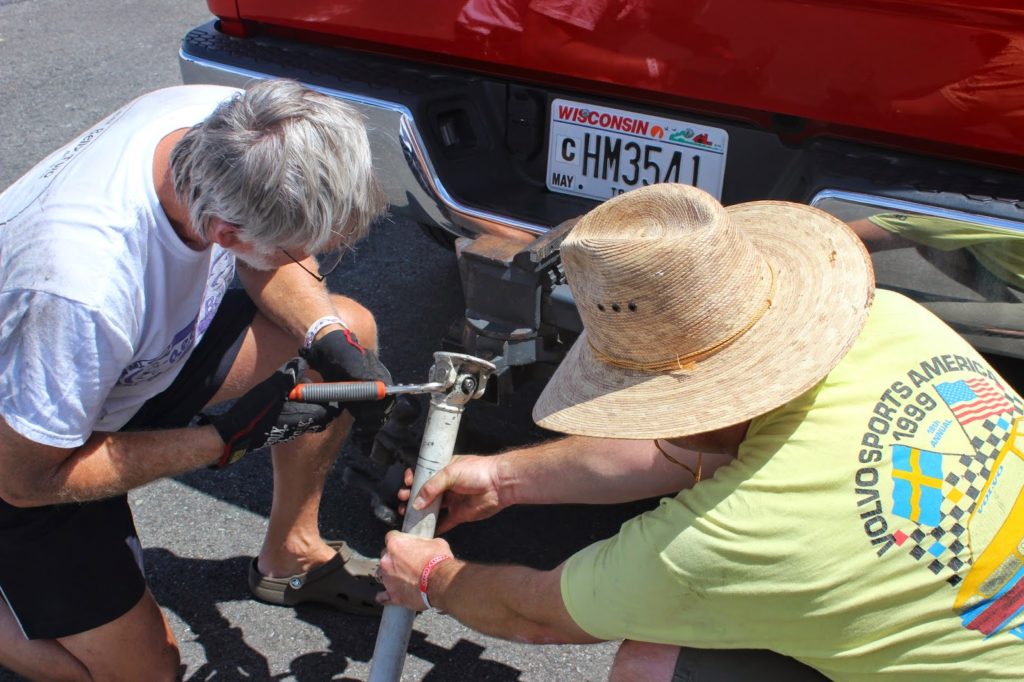 It’s a bad sign when the first thing one hears as the gear oil flows into the pan is “clank.” That was our first indication that we had transported a big problem 2200 miles. I was so busy with the transmission before we left that I did not have time to check the differential.  So most of Friday was spent entertaining the spectators as we changed from the 4.88 limited slip to a welded 4.56. 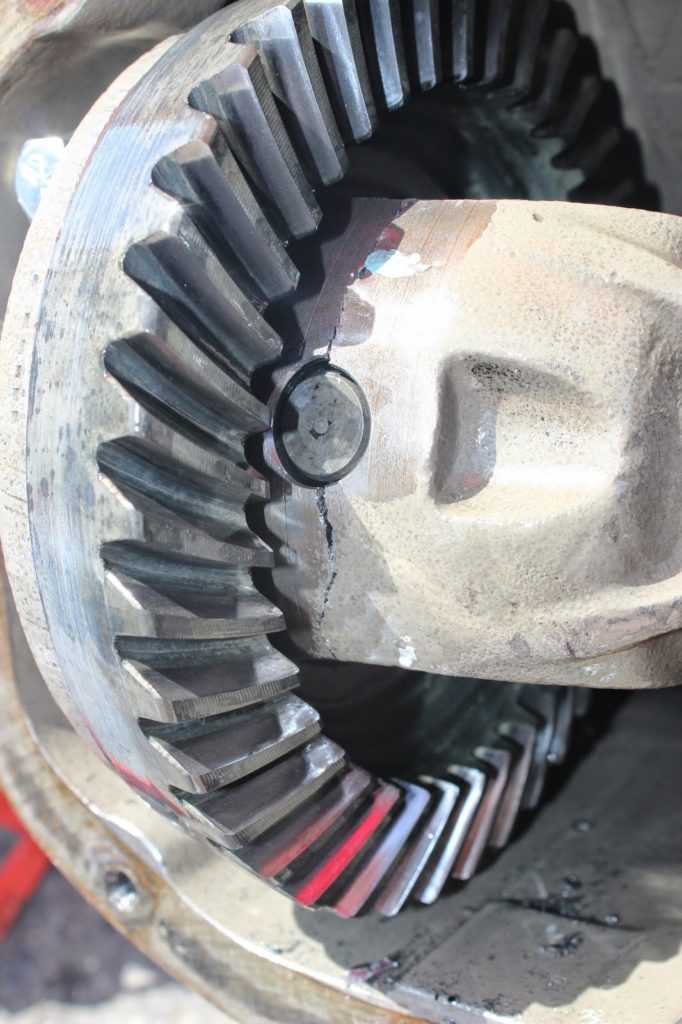 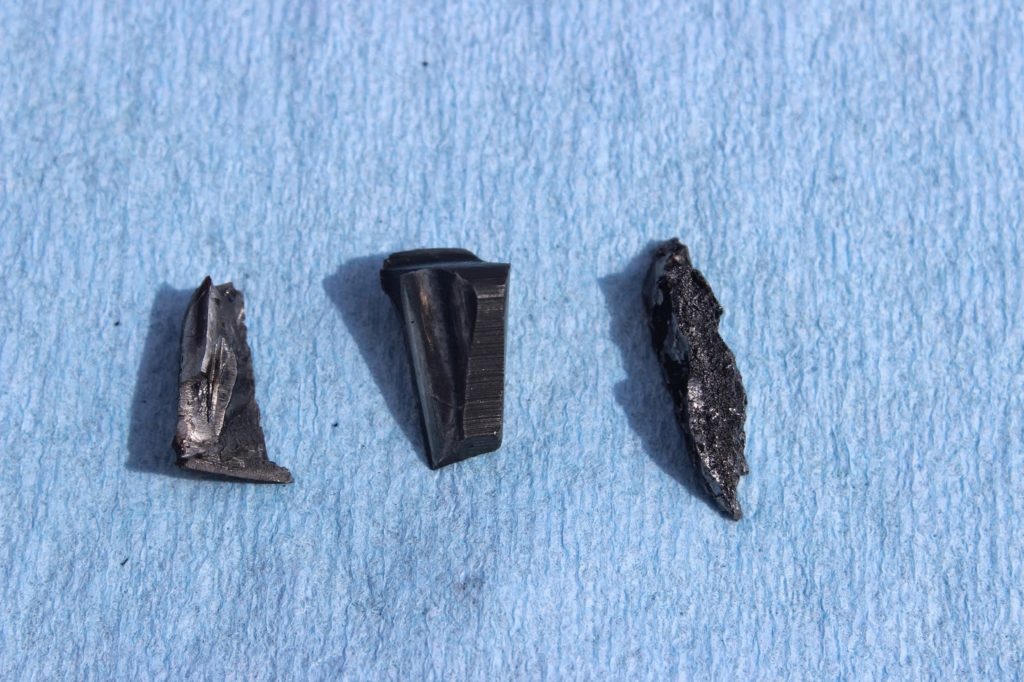 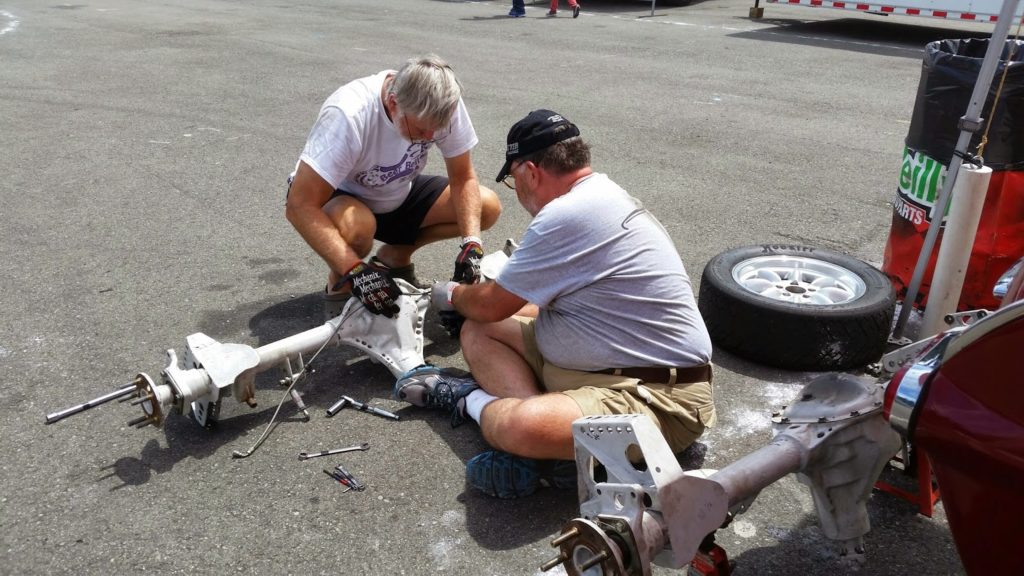 That spare axle came in handy

Being the 4th of July, the local neighborhoods adjacent to the track seemed to have their own competition for who could set off the most, biggest and loudest fireworks. You had to be there to really get the feeling that this was better than 90% of the public (AKA legal) fireworks displays most of us have ever seen. It extended from before dusk to at least 2 a.m. Not a lot of restful sleep was had by the campers (AKA, us!)

And we were not done messing with the car. We ended up chasing a periodic misfire the entire weekend. It would come, and then go. Changing the coil, MSD box, coil wire, and distributor cap could not completely solve it. But it would go away and the car would really motor. 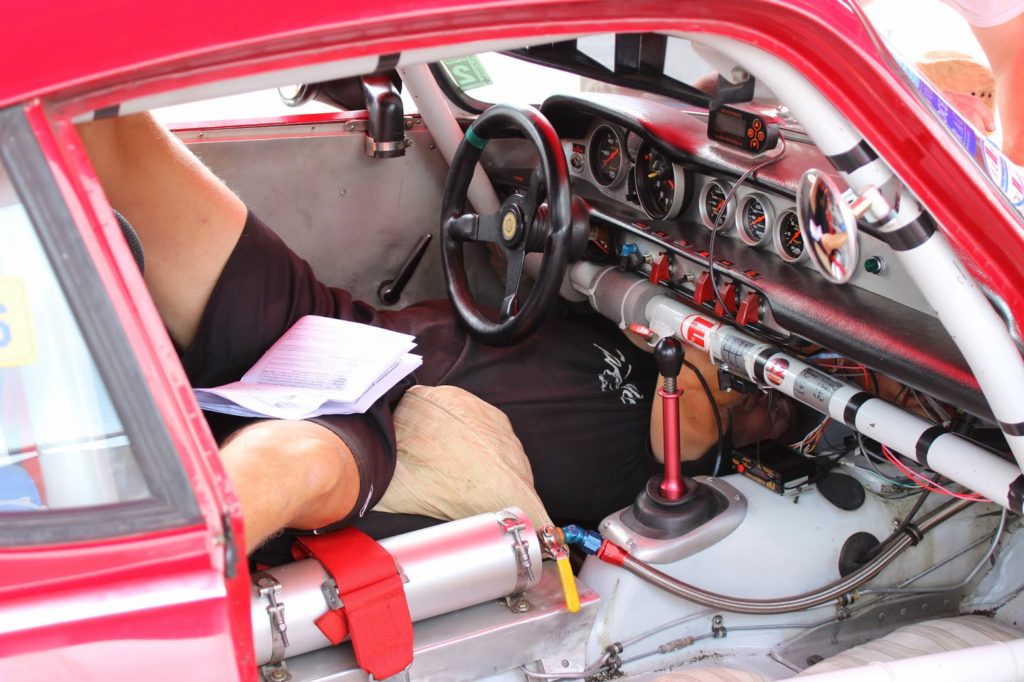 I spent a fair amount of time under the dash, looking for “the issue.” (David Farrington photo)

Saturday morning we experienced our first ever bit of on-track body modification as a Bug Eye Sprite imagined a hole where there was none. There is nothing quite so nice as having good rear video  to allow the Race Steward to determine that I was on the line and not the problem.

A short video from our rear Contour camera … 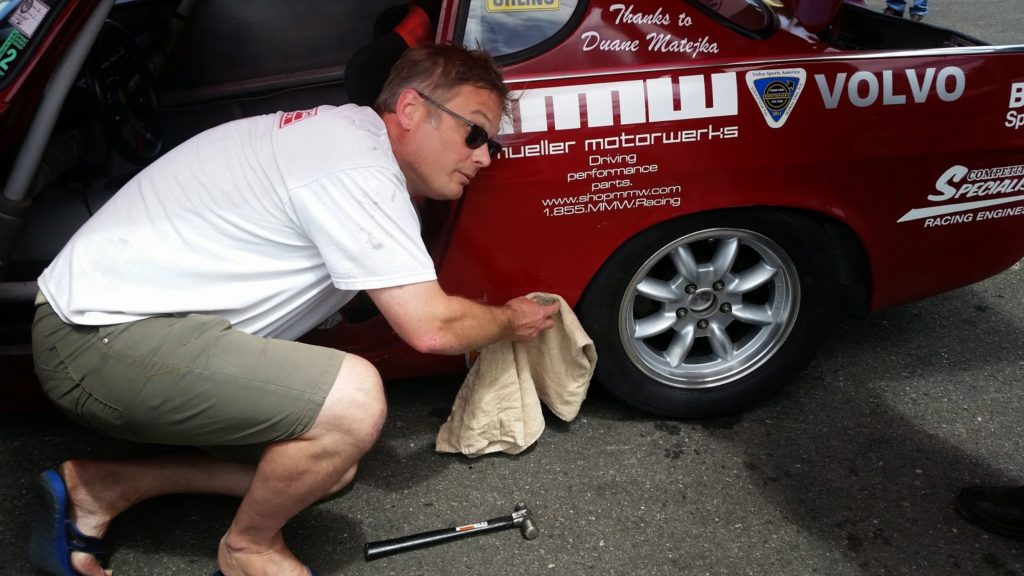 Cam trying to erase the damge

The Saturday afternoon race was perhaps the best of the weekend. We started at the back of the pack and were to move up through the pack quite effectively. 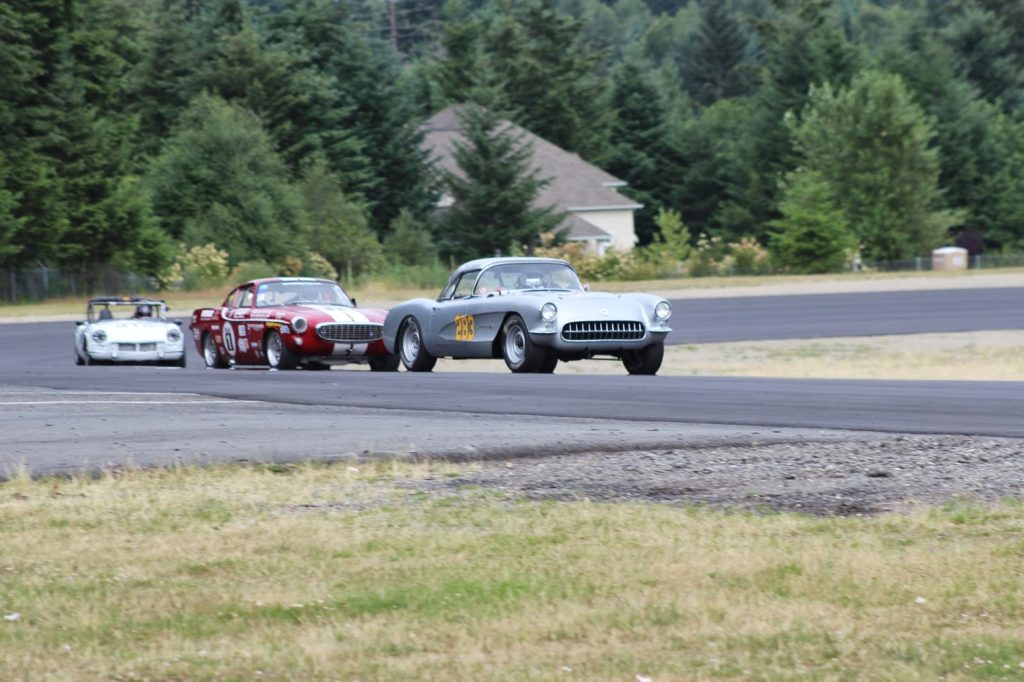 Very satisfying passing a Corvette, among a bunch of other cars. I was also able to out-duel a Porsche 356. (David Farrington photo)

SOVREN is a first rate sanctioning body. Everyone was exceptionally welcoming, and made us feel like we were genuinely appreciated. Throughout the event, organizers stopped by our paddock to ask us how we were doing  and thank us for participating. We often talk about Midwest hospitality; well, let’s just say we should walk the talk a little better. We had a great dinner Saturday night, complete with a silent auction designed for guys.

It was not the greatest nor the worst weekend. Among the highs were meeting and paddocking next to British Columbians Gil Stuart (left) and and Gregg Morris (right). Gil drives a nice Group 1 Volvo 444. Once again we came racing and found new friends. 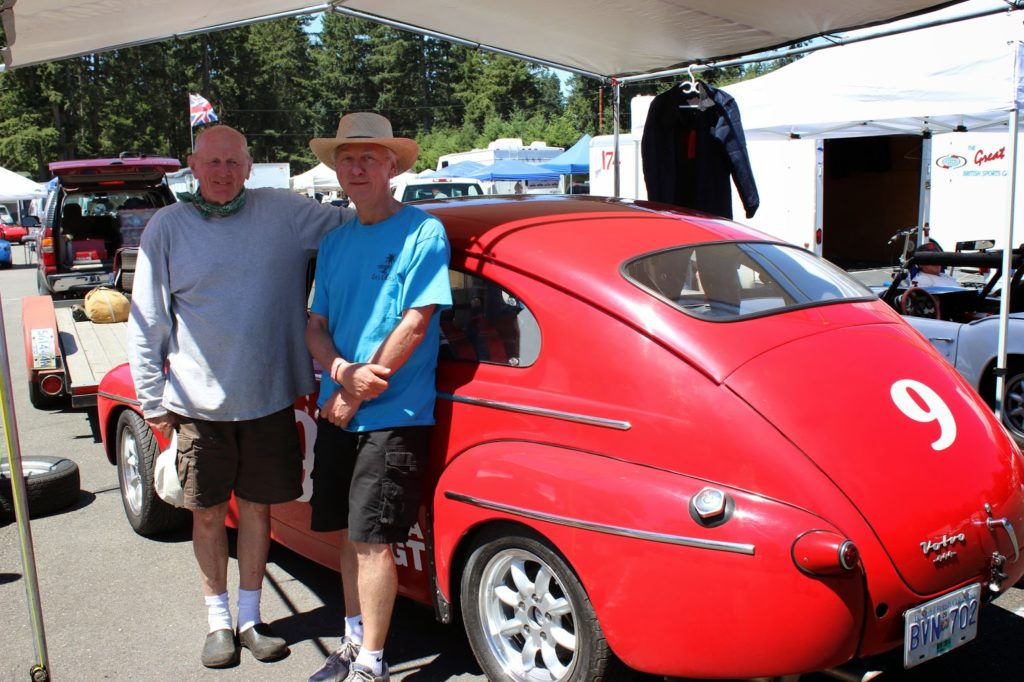 We also renewed a friendship with Portland’s Mike Mehl that had started last year at Road America when he brought his “Fast TR” to the Triumph race. Mike is a true gentleman – he continually checked to see how we were doing and if we needed anything. This is what our form of racing is really all about. 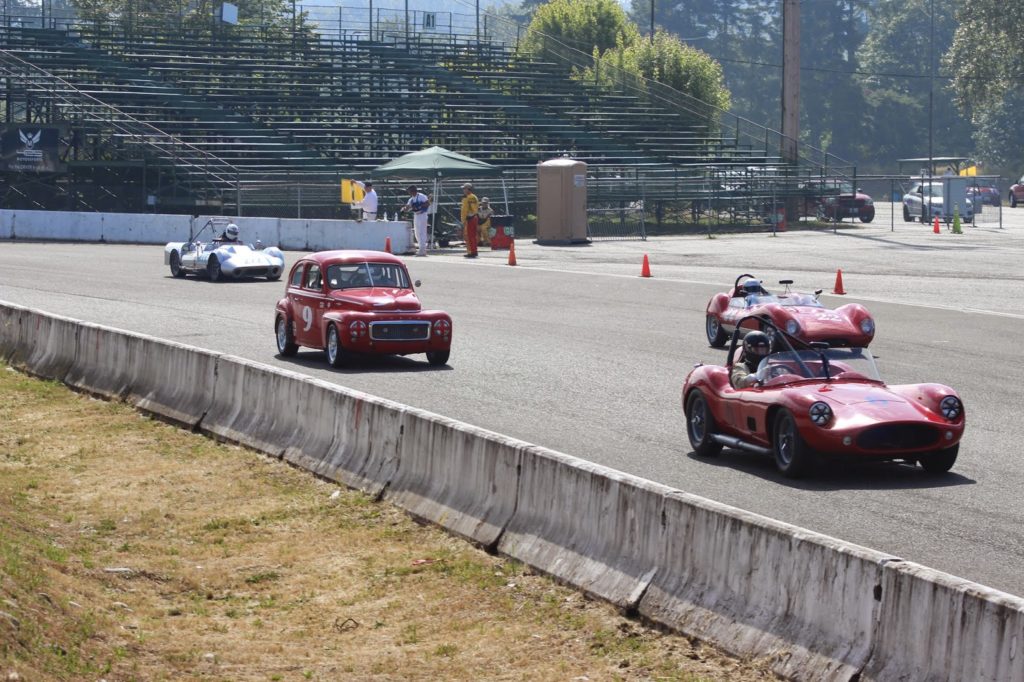 Gil Stuart and his 544 in action (David Farrington photo)

On Sunday we had a brief good race with Mike Denman in his B18 Volvo-powered Marcos. The Marcos weighs about 700 pounds less than our P1800, and has just about the same power, so you can guess who pulled away into the wild blue yonder. 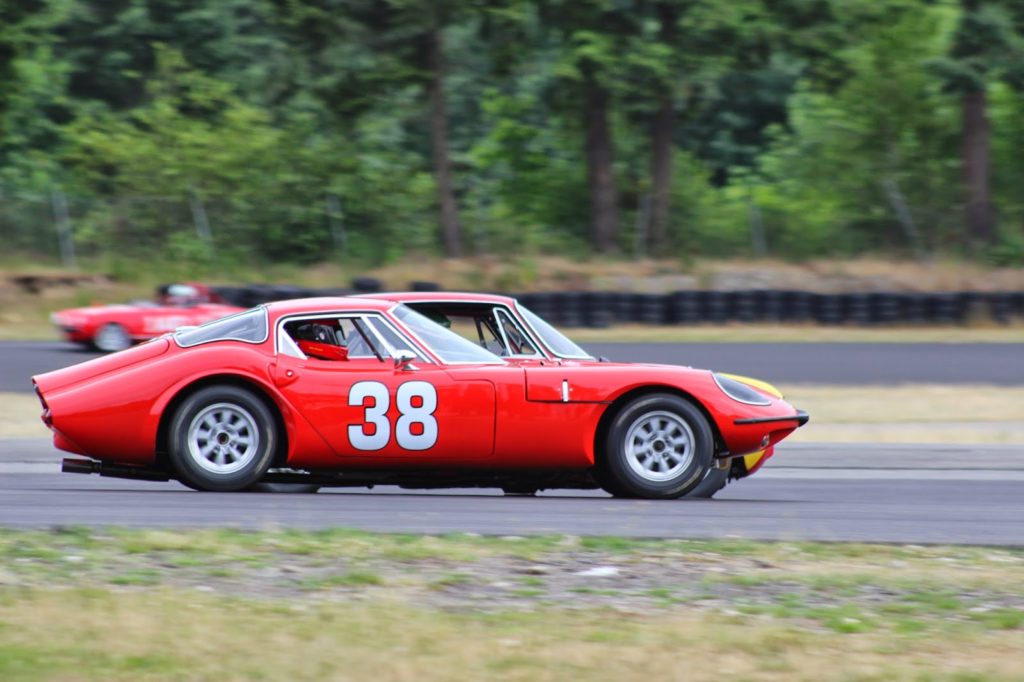 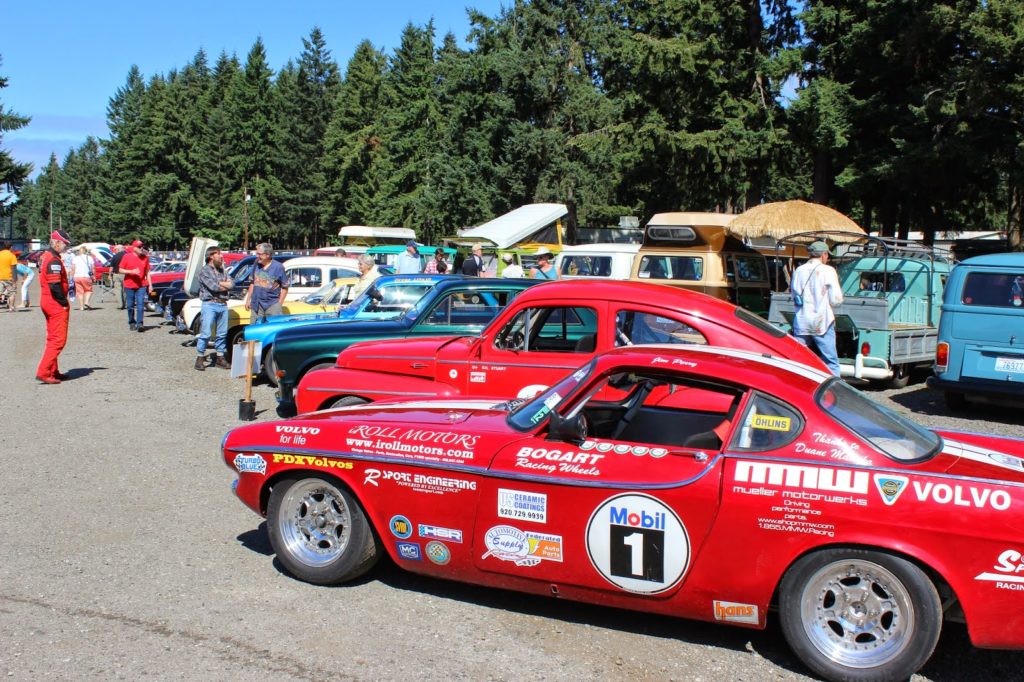 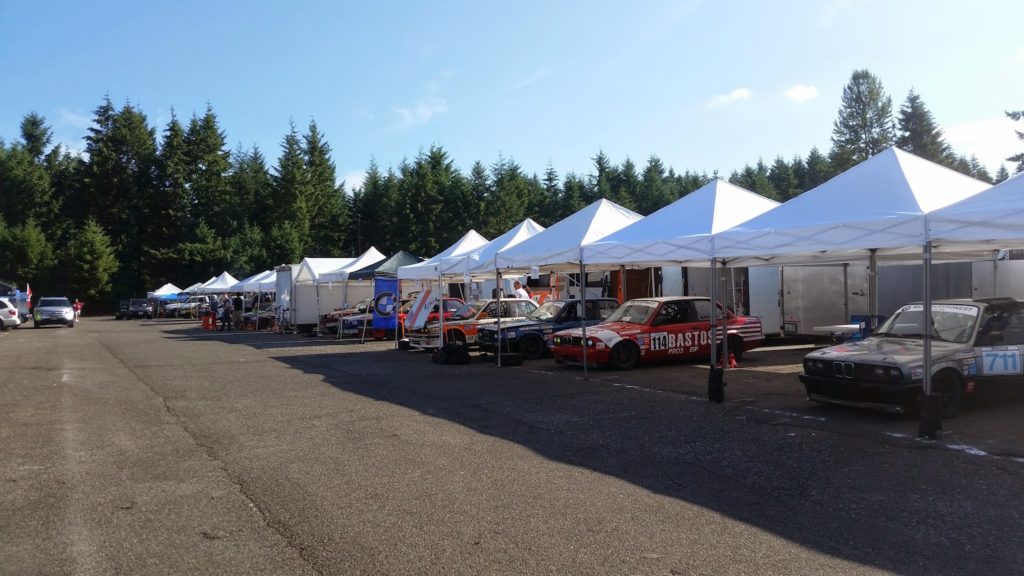 A whole bevy of BMWs came out to play. 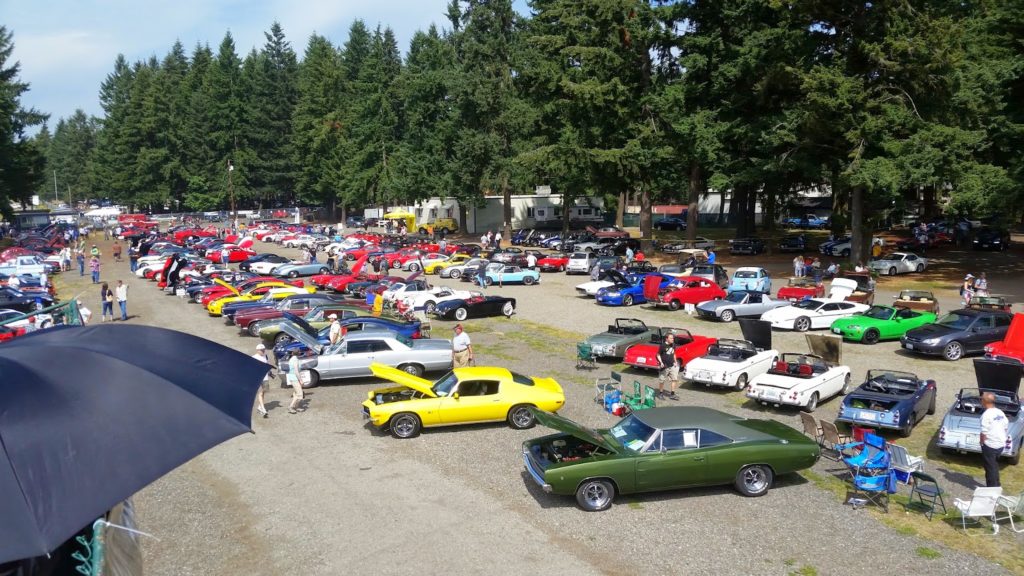 Nice car shows both Saturday and Sunday.
Next up: Portland Historics …
0

After some really good outings, the Blackhawk Classic was, shall we say, less than stellar. The weekend at Blackhawk Farms Raceway started out plagued with electrical gremlins of the worst king – intermittent. The car would run fine and then sputter and cut out, just dying. And then would not restart. Let it set for a while to cool off and we would be back in business.  That usually sounds like a coil issue, but changing the coil did nothing.  After lots of messing around all day Saturday with the distributor, former Volvo-now-MG racer Dale Schmidt wandered by and said “I have another Crane box and distributor in the trailer if you want it.” 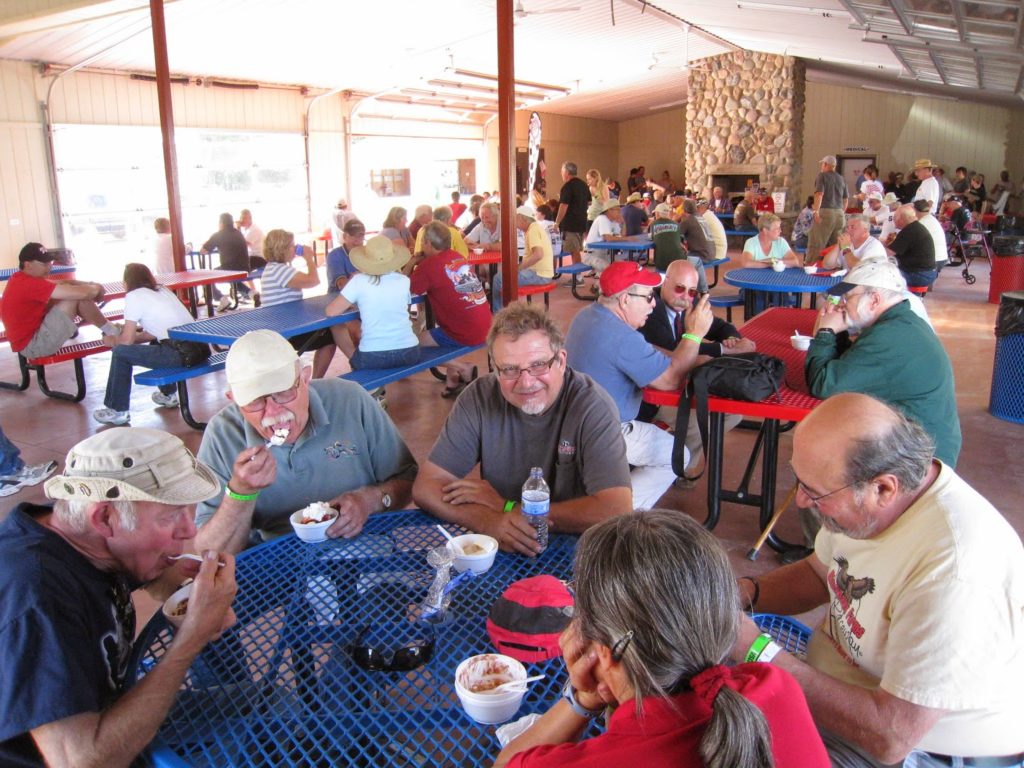 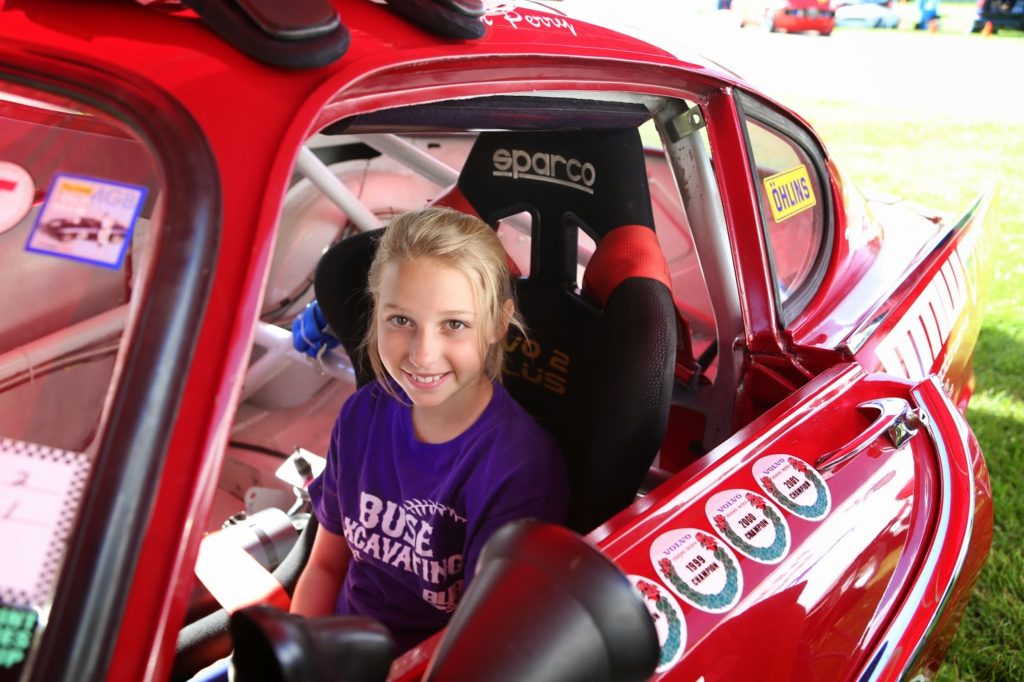 So in went a new Crane and distributor. This time it seemed like we were set to go. Driving around the paddock was successful, so we lined up at the back of the pack for Sunday’s feature race, as we had not qualified on Saturday.

Lots of good zoom zoom in that race, passing many slower cars and doing well enough to set a new . personal best Blackhawk lap. Unfortunately, my lap record was not the only thing I broke.

Periodically I have been having a hard time downshifting into 3rd gear. In the past, including during this race, I have been able to get it in eventually, but going into Turn 6 this time went it went in the rear wheels locked up and we went for a spin in the middle of the track. I was able to back up onto the grass and wait for the traffic to clear, but as soon as I started moving again, I knew we had some pretty significant problem with the transmission. After nursing it for a lap in 4th a downshift into 3 convinced me we were done for the day.

Here’s the video of the race — good, bad and ugly.

When I got into the paddock there was a stream of transmission fluid flowing out the bottom of the case.

Doug Senk had been our crew member for the weekend and came home with us to help remove the transmission. That started an odyssey of getting a new transmission from Sellholm Tuning AB in Sweden.

This included driving down to O’Hare to pick up it up (received 3 days after ordering), and especially learning why parts made in the U.S. of A. are a lot easier to deal with than anything that has to go through Customs. Had to hire a broker to fill out the paperwork because Customs inasmuch  told me I would never be able to figure out their paperwork in the time I had.

One could never expect that this was going to be a bolt-up job, even if it was supposed to be. Because the new M4700 transmission is taller than the old M47, the rear transmission mount needed modification – thanks Dave Buettner for the quick welding job – and it’s an inch shorter than the M47, so it was either create a new driveshaft or a spacer. The spacer seemed like the more expedient idea given the amount of time I had to get ready for the West Coast trip. Sellholm sent an adapter and new flange, but between DHL and Customs, the delivery was delayed and I ended up going to Competition Specialists for help. Three hours later I had a new spacer and modified flange. 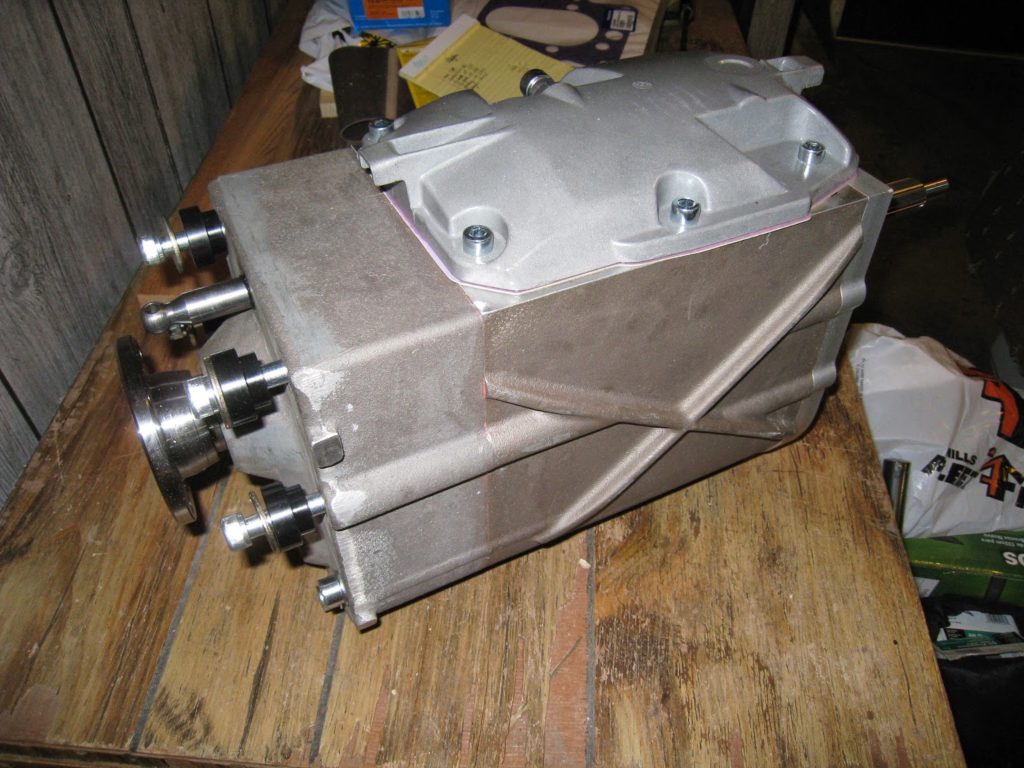 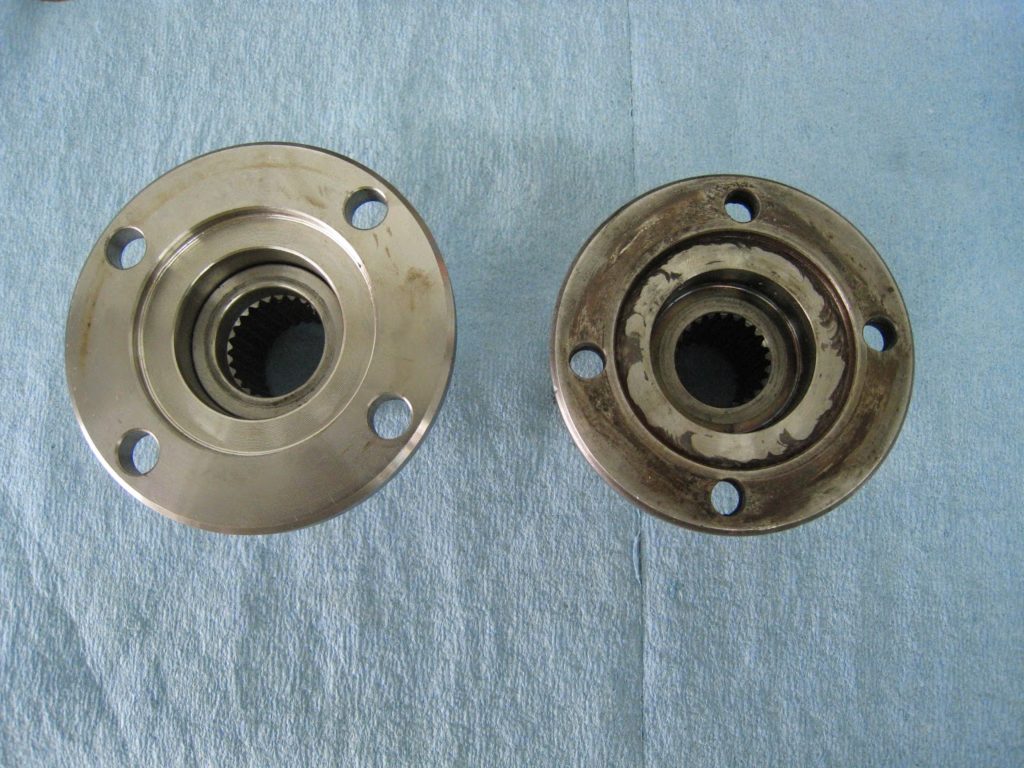 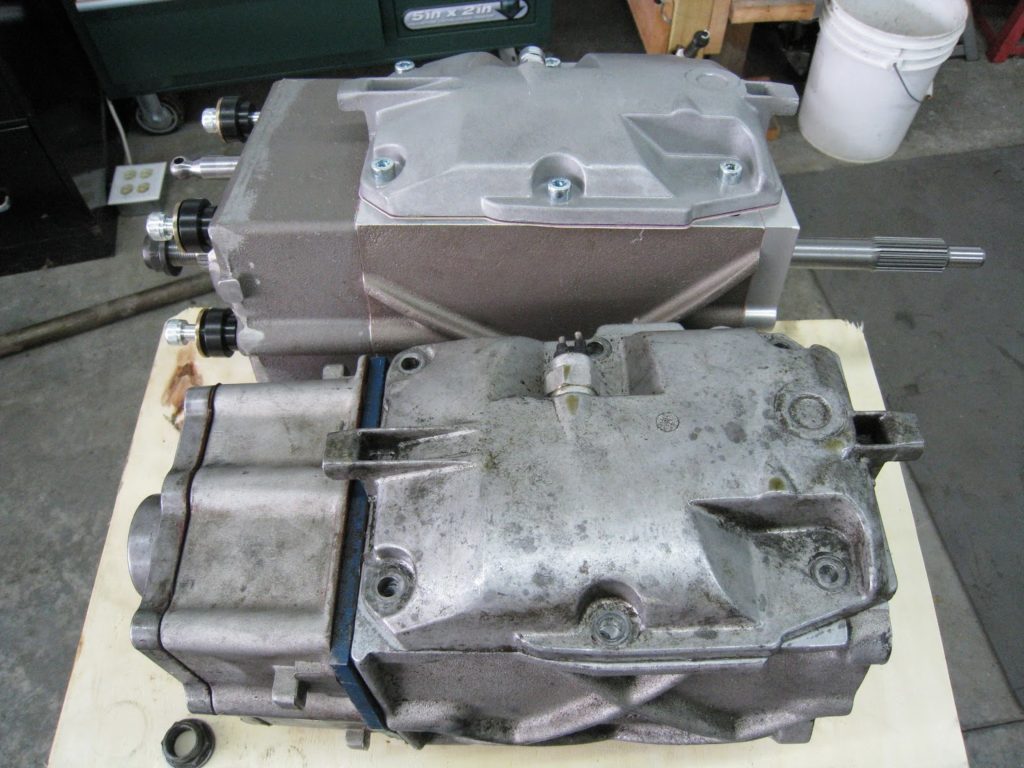 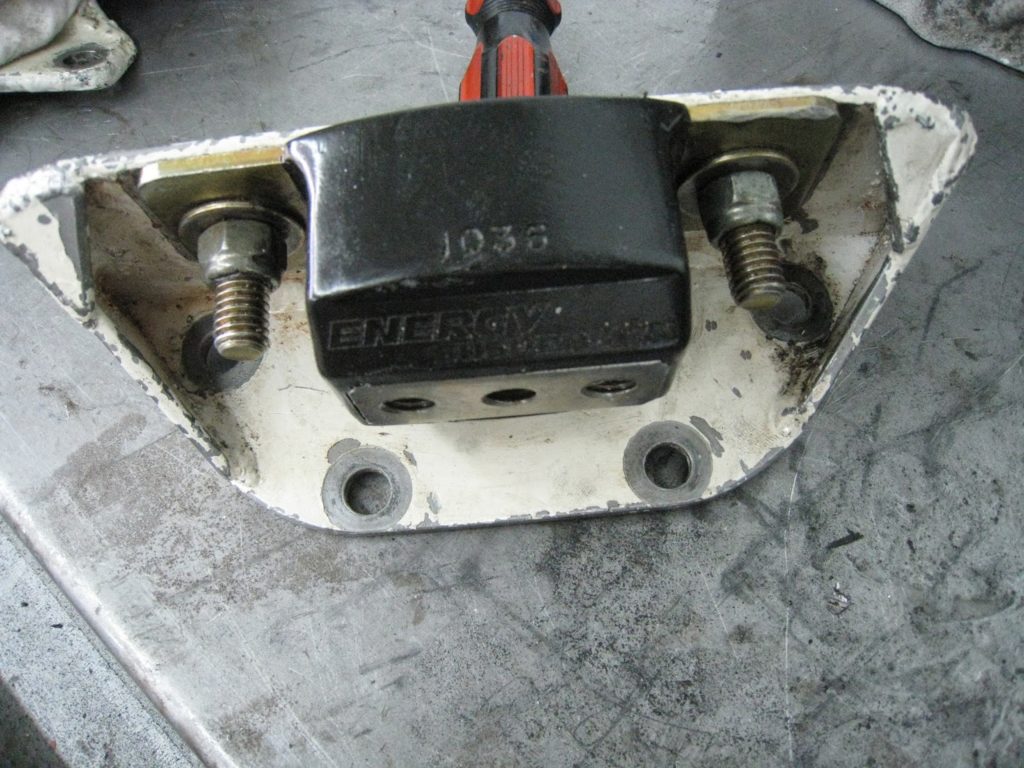 Original rear transmission mount is too short for M4700 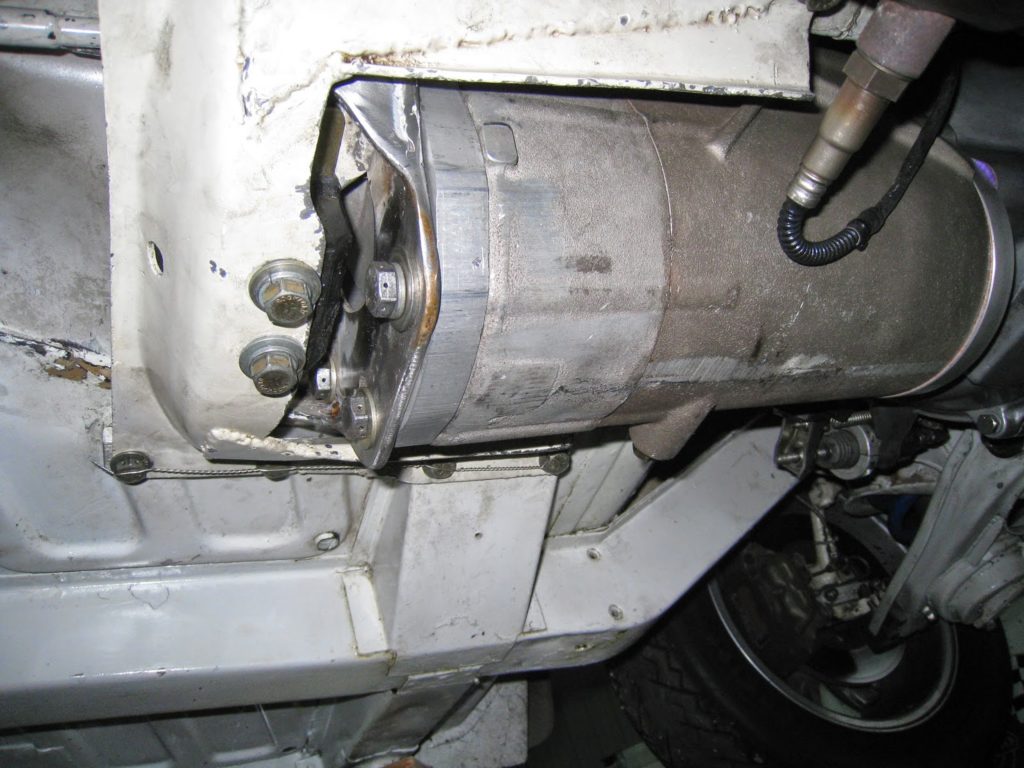 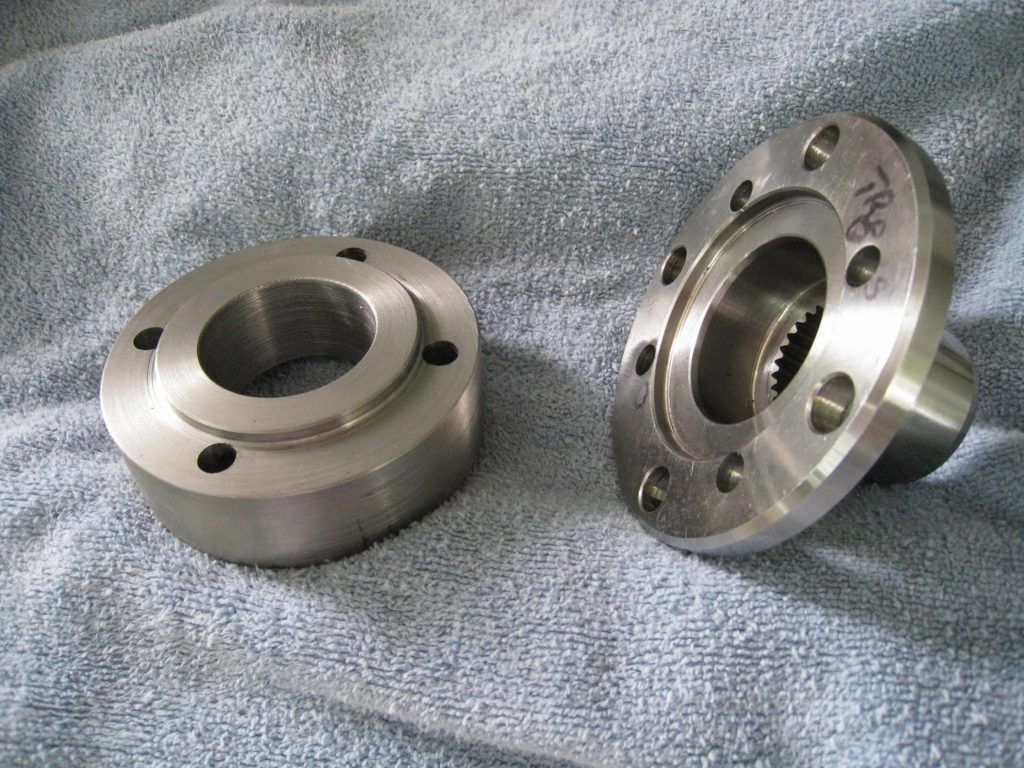 We were delayed three days in getting off, and as I type this, we are in North Dakota hoping everything works when we get to Pacific Raceways in Kent, Washington.

Meanwhile, the M47 is trash. I had purchased another broken M47 form SCCA 1800 racer Rob Keller, so maybe – maybe – I can recreate one M47 using the case of a stock M47 I had purchased on the last trip to Oregon.

So, there were six Volvos at Blackhawk. Misery loves company. The only Volvo that seemed to make it through the Blackhawk weekend relatively trouble free was Joe Brabender.

I’m not ready to switch to a Ford or Chevy – yet.

P.S. The Contour cameras worked beautifully, thanks to a lot of effort on the part of Contour!