We took a little break from winter in Wisconsin — escape the persistent Polar Vortex. So this was drafted while we were in Florida in shorts and no shirt conjuring up what the 2014 season will bring.

So you slackers who don’t want to read much more, here is our tentative 2014 schedule:

Pending some outstanding decisions about support, there may be a few more shows in there too.

We’re about a week away from our first trip. Think we’re gonna make it? 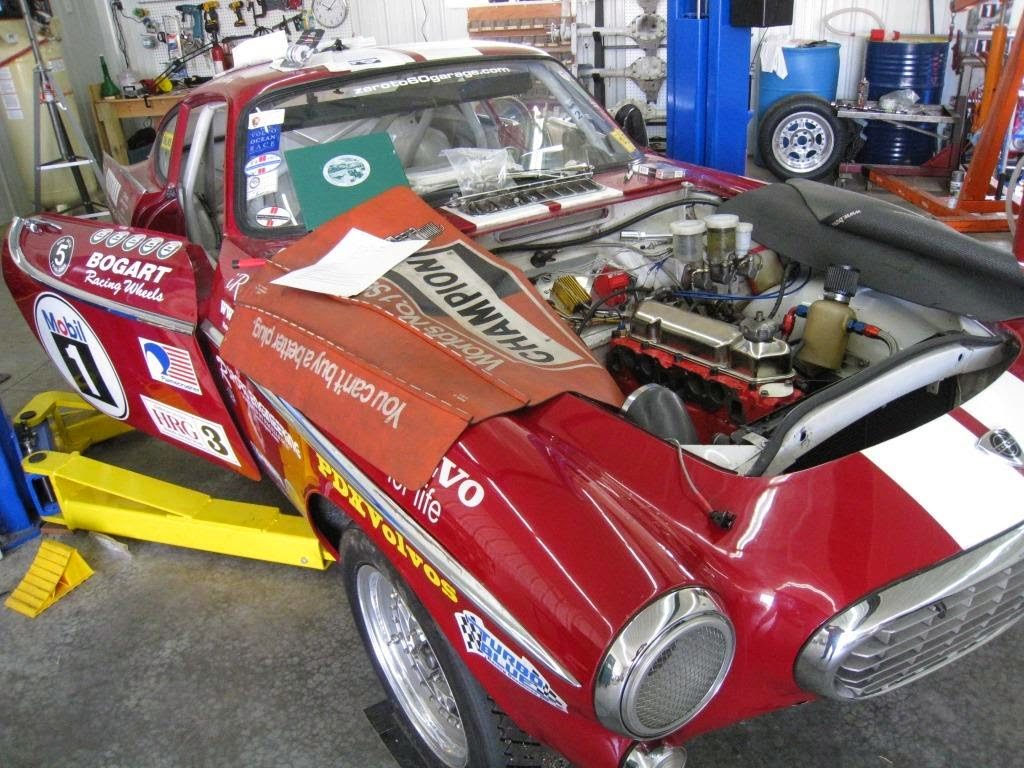 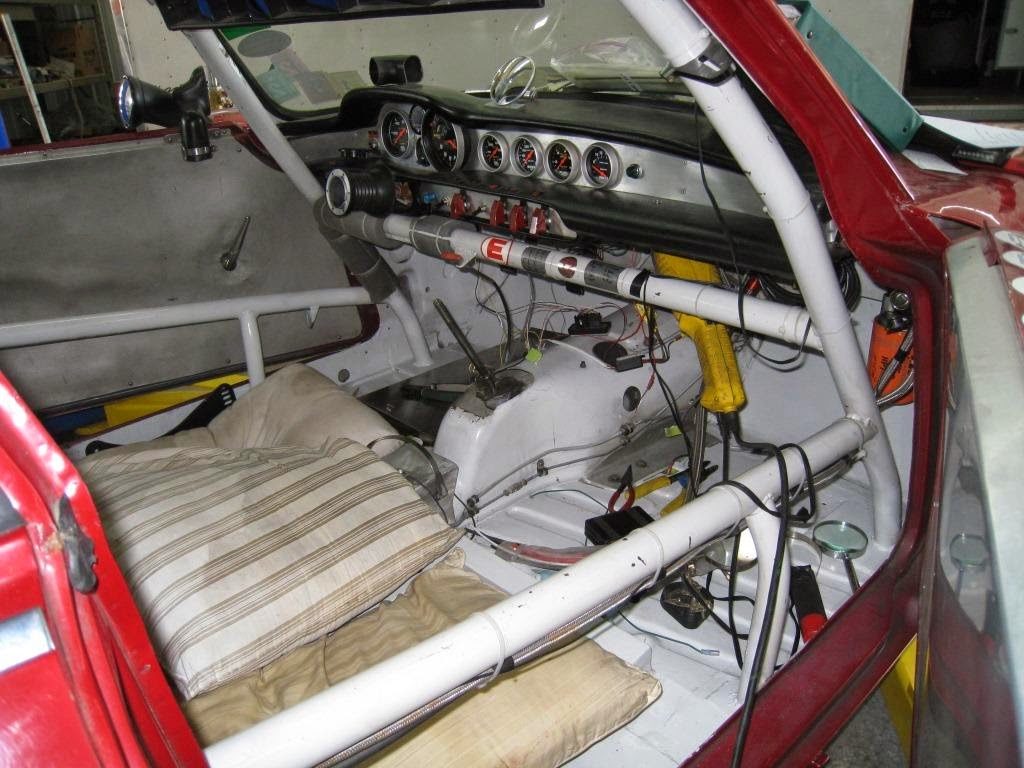 As usual, the winter was filled with tearing apart and redoing.

I finally got tired of looking at the rat’s nest of wires under the dash, so I took everything out, bought a Painless 7-circui fuse block and went back at it. While it does noting for making me or the car go faster, it sure looks nice, all labeled with wires of different colors for each circuit.

The Race Technology data acquisition system was on the fritz at the end of 2013 so it got sent to Virginia to be checked out. Seems we might have had a bad GPS antenna, so that’s being replaced.

David Farrington got the 10V power supply back and, after making a couple attempts to create a new box to accommodate EGT voltages, threw in the towel and bought a dandy little signal amplifier. 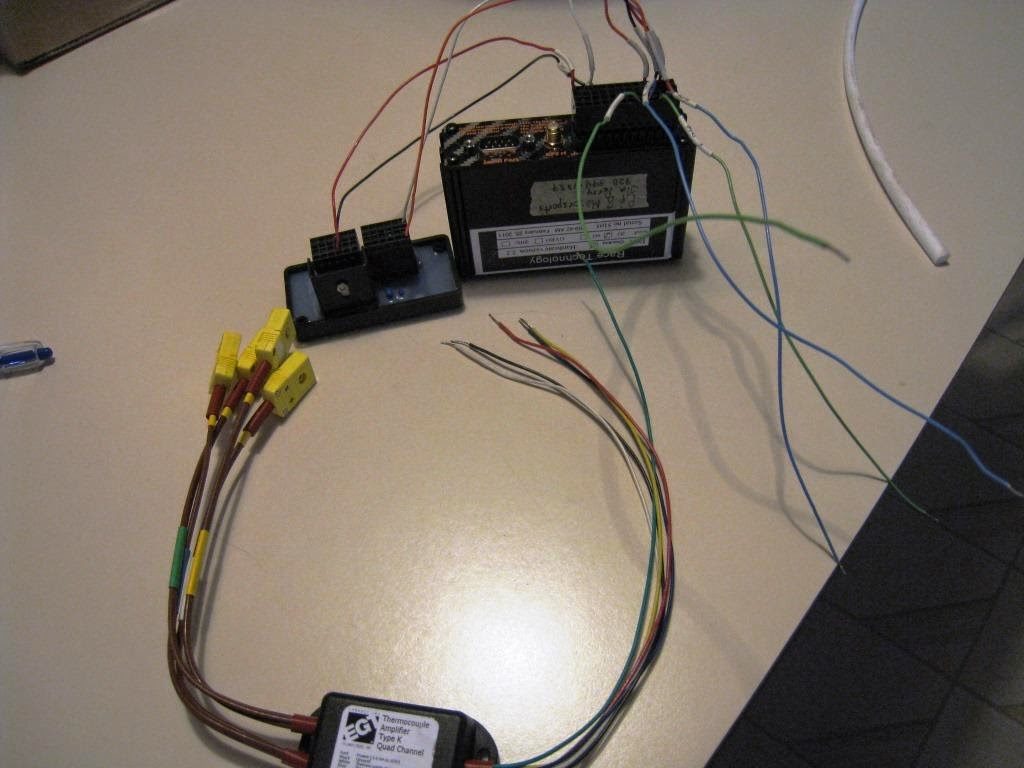 Last year while racing in one of the many deluges I realized how great it was to see other vehicles in the mirrors, so thinking that safety might be improved I installed a couple high-intensity halogen bulbs behind the grill.

It’s a hell of a lot easier working under the dash with the seat out. That led to a major clean up and repaint of the cockpit. Took the fire bottle into make sure it was still fully charged too.

At the front end we have two fresh engines for 2014. We’re starting the year with what we call Engine A. This is the block that we got with the car. I did all the assembly on this one last summer, setting it aside as a spare. Because both heads have been repaired, we’re a little uncomfortable depending on it. So our Left Coast Volvo guru friend Phil Singher of VClassics Motorsports is creating a new one for us. Phil has built Volvo motors, both street and competition, for decades. The Apple Farmer Racing Amazon (122S) that won its class of the LaCarerra Panamericana a couple years was a Phil Singher creation. 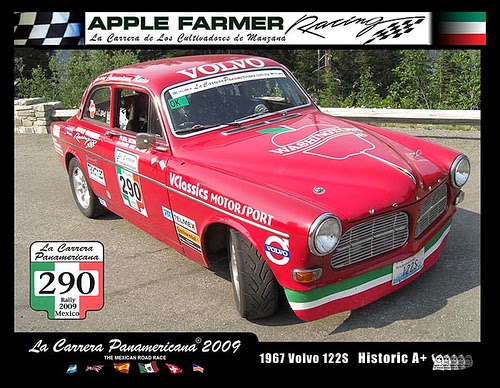 The new head requires different headers, so Beans at Performance Stainless is creating a set of those while I am away. And while he was at it, Beans made me a new exhaust pipe (after I got grief for how bad the original one looks from one of the crew members).

Meanwhile, Engine B, with 2 seasons on it went into Competition Specialists for a tear down. This led to an important lesson — when the car is overheating find out why, right now! If you follow these posts you will recall that we discovered our timing was off. Seems we may have had a bit of detonation as a result and we had four cracked JE pistons. I had to use a magnifier to see them, but I could not make them disappear, so we ended up with 4 new pistons. There was sufficient wear on my flat-tappet cam that we decided to replace that right away too.

Engine B will accompany us on the trips as I am not really confident that welded up heads are going to last.

Enough for now — time to get back into the car. Hope to see you at one of our locations this summer!