It was Father’s Day Weekend. Not being a father, but having had one once, that means this weekend  event brings out the lots of moms and kids too. “Let pop has his fun” I guess. 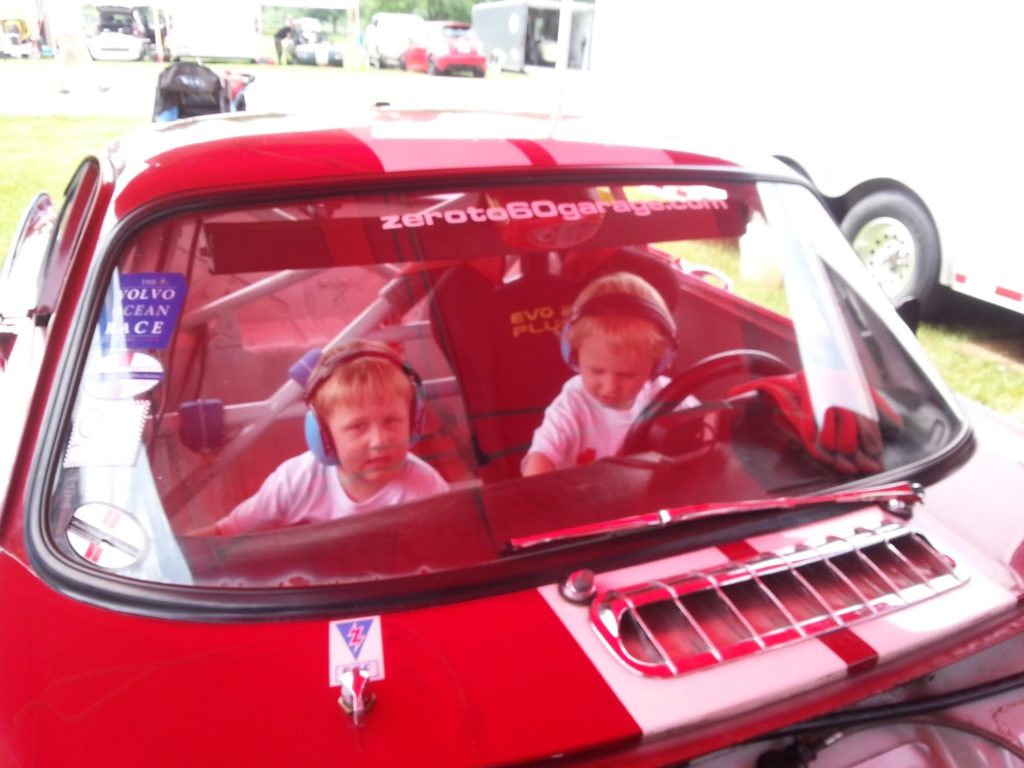 Because we’re in the midst of preparing for Mid-Ohio, and trying to take care of house related things during Wisconsin’s short Construction Season, this post is going to be [mercifully] short. You only want to look at pictures and video anyway, right?

It made for a great weekend with friends. 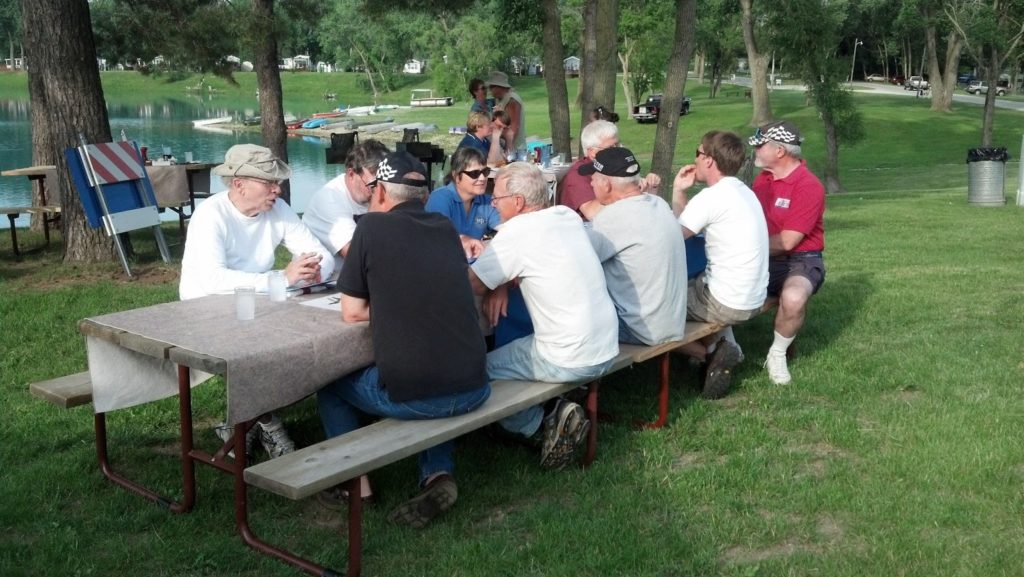 We ran the 4.88 differential for the first time. Also tried out some 14” Street TD tires that remain legal for our car. Together, I felt like I might be able to break the rears loose in all but 5th gear. Talk about pulling hard out of the corners on this short, 1.9 mile course! 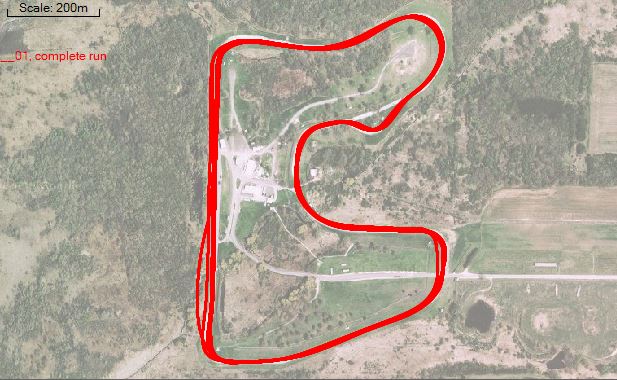 The weekend was a resounding success. I broke previous best lap time records on three separate occasions. The only minor issue was again the data acquisition system. We’ll just say we experienced some human and technological miscommunication. I.e. humans screwed up. But it is only an irritant and does not cause the car to run poorly. 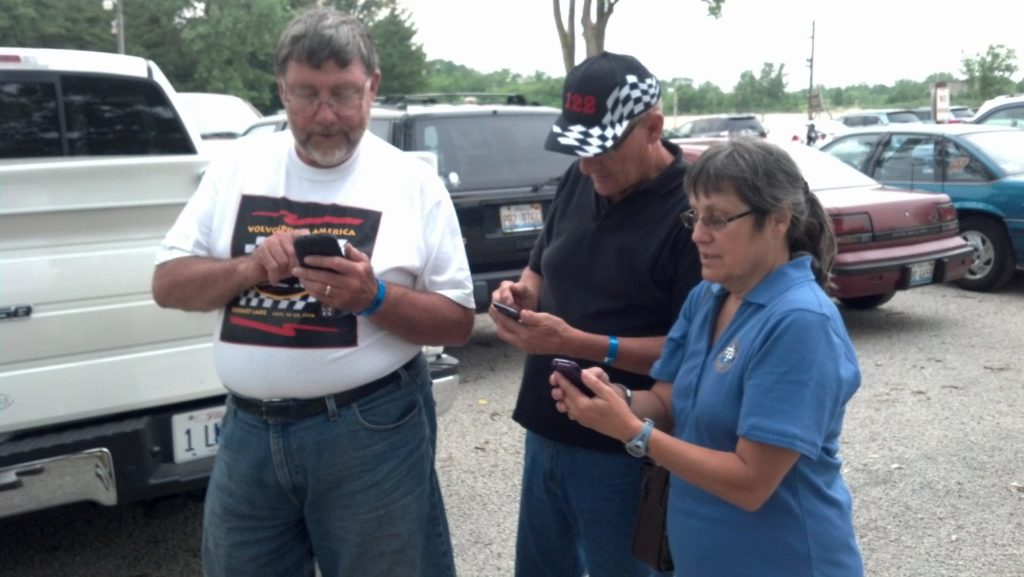 How many dumb phones does it take to figure out the weather?

Friday was beautiful, Saturday morning was rainy, Saturday afternoon was good and Sunday gorgeous. We did not run in the rain since it was only practice. Absent Crew Chief Buettner Race Coordinator Joy Perry and Race Engineer Farrington were not excited to get down into the mud and put rain tires on. Not that they wouldn’t have, mind you. But I was in the preservation mode, for both car and relationships. Especially those that are legally binding.  But we did the Sprint Race on Saturday afternoon. 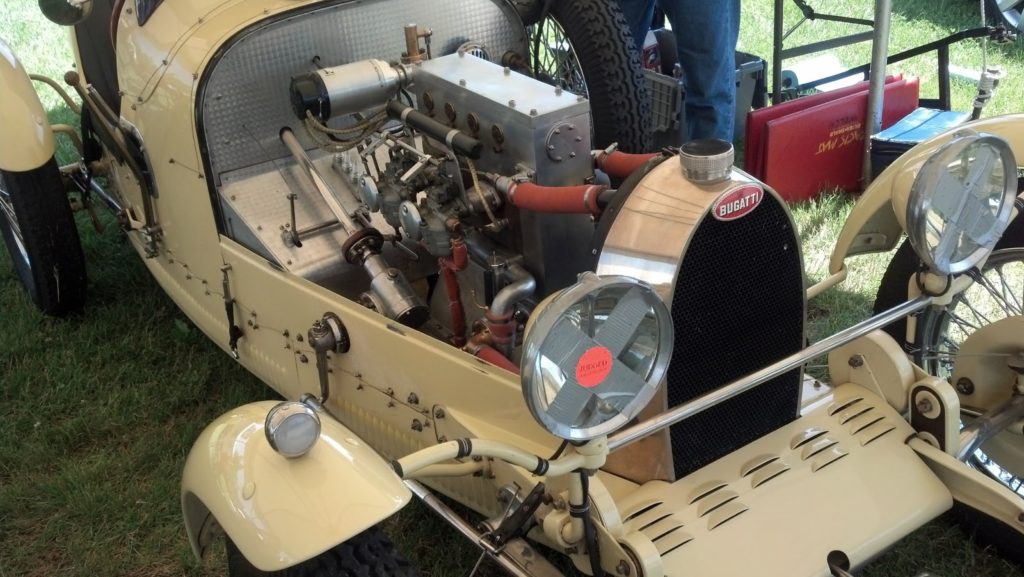 One of the really nice Pre-War cars

Sometimes the rigs are as interesting as the race cars

On Sunday we did our first ever handicap race, the Dad’s Day Scramble. Here, the slowest cars start up front and faster cars are released at intervals determined by qualifying time the afternoon previous. Theoretically, everyone could win because the results are based upon overall time. And it means lots of fun passing. There were two great Group 1 Pre-War cars with good drivers whose heads sat on swivels.

Post race, Farrington pointed out to me that had we been a bit more consistent on lap times, I would have won the whole shootin’ match. As it was I found myself testing the agricultural terrain coming out of Turn 1 late in this 14 lap race and Dawn Fisher, who had been bothering me with her pink Lotus 7, slid by me.

The Feature Race on Sunday afternoon turned into a great duel between the Old Volvo Master Ray Friewald and the Young Upstart Jim Perry. Please note that this has nothing to do with chronological age all to do with experience. Ray’s Blackhawk laps number in the thousands, and Jim is approaching the hundreds. Plus the Old Master happens to be a Lead Instructor.

Based upon Ray’s caginess in Qualifying (and my lack of recognition that there is no yellow flag on the “warm-up lap,” we joked all weekend about who would let whom go by. Going into Turn 1 of the start I was on the inside, having position, but Ray was Ray and by Turn 3 I was looking at his Last Open Road sticker. By the time 1.5 laps of the 12 lap race was completed I had decided to hang with him and see if I could out-power him on the front straight on the last lap. My plan was OK, but sometimes things happen. Watch the video.

Well guys and gals, time for the old cowboy to be hittin’ the trail to the shop. See you after Mid-Ohio!